Must see wildlife documentaries to watch before your trip

Here is a selection of the finest wildlife documentaries available to prepare you for your trip to Africa, educating you on the behaviour of the myriad species on this vast continent, but also the conservation and human issues that affect the continent. 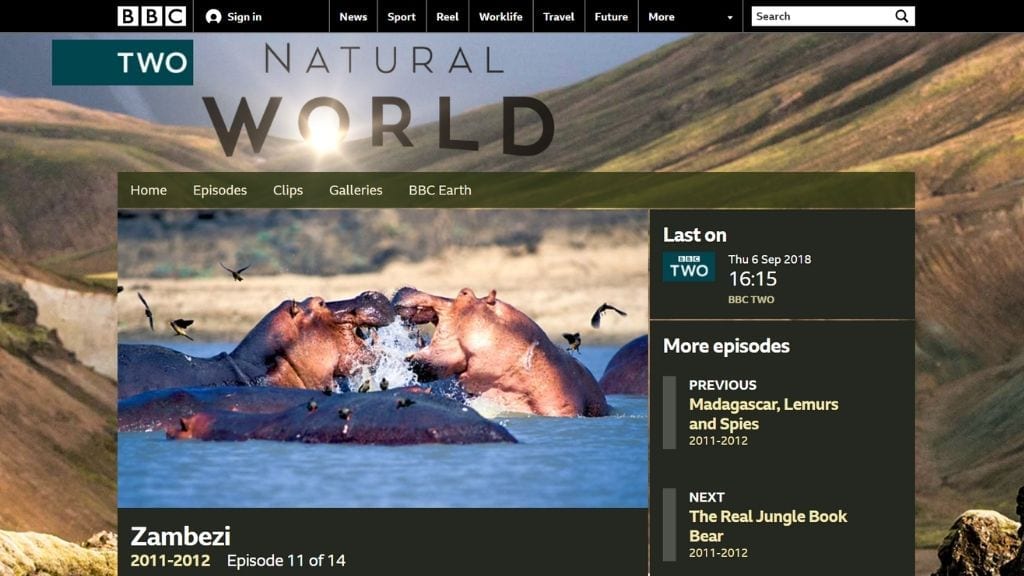 BBC has been known as the cream of the crop for their wildlife documentaries for decades now and they just keep getting better and better. Researchers and cameramen will often camp out for weeks or months at a time to get that perfect 10 seconds of footage. And their continual discussion and explanation of conservation and climate change issues show a real commitment and passion to their documentaries. BBC Planet Earth and Africa had some groundbreaking film techniques (such as ‘Africa’ using a mobile fake tortoise camera to get close up shots of lion prides and elephants) and were some of the first wildlife shows in HD. Planet Earth isn’t Africa specific but has some wonderful rare footage such as the Namibian desert coming to life through sea mist coming in land and it being caught by fine hairs on cacti, temporarily bringing green life to an otherwise barren sea of sand dunes, endangered chimpanzees and a lion pride hunting elephant. BBC Africa and Zambezi are naturally entirely focused on the ‘forgotten continent’: Narrated by the legendary David Attenborough this show focuses on the conservation issues at hand such as poaching much more than Planet Earth. 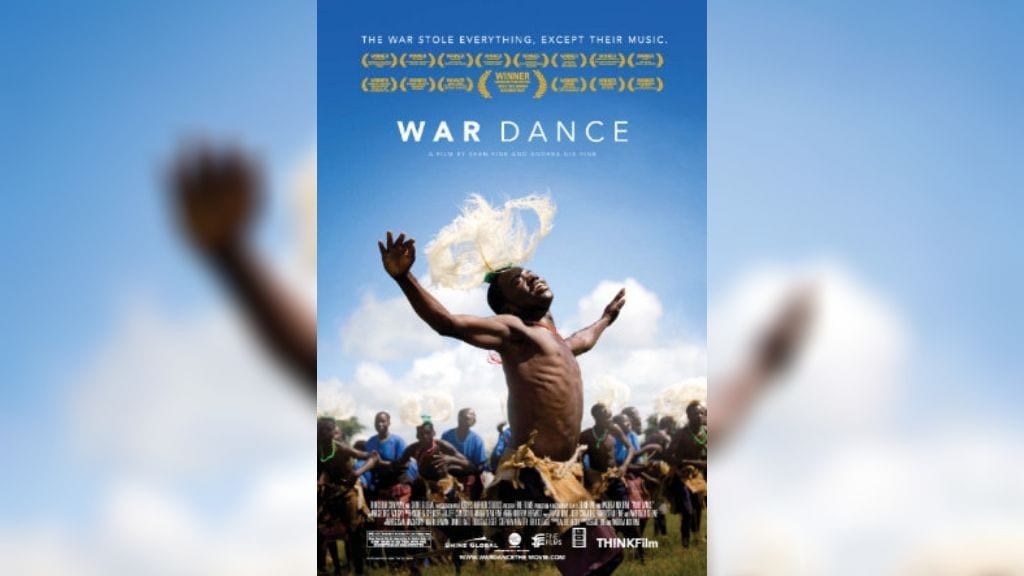 An entirely more human focus than the BBC documentaries and one that is much darker in focus. This African documentary focuses on the terrorist organisation The Lord’s Resistance Army (L.R.A)  in war -torn Uganda. The L.R.A are known for kidnapping children, forcing the girls into sex slaves and the boys into child-soldiers, often drugging them with narcotics to lure and force them into fighting. However, thousands of children attempt to seek refuge from them in a camp named Patongo. The documentary follows several of the refugee children as they enter the National Music Competition. This makes for a very touching, emotional documentary; nominated for an Academy Award for it’s gripping story of hope in the face of evil and brutality, it is little wonder the film is heralded as one of the greatest documentaries ever made about problems in Africa. 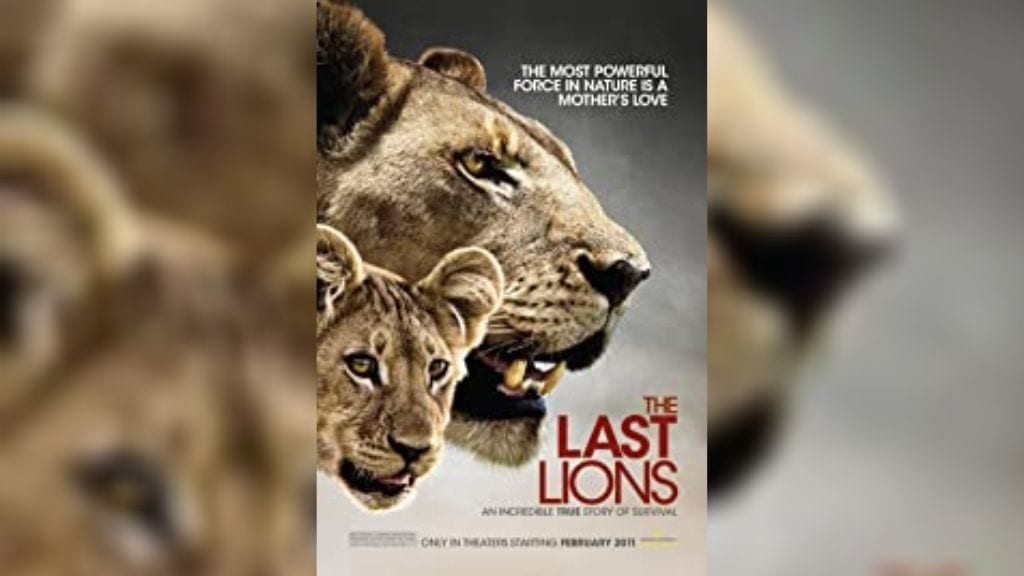 Courtesy of The Last Lions/IMDB

This African documentary is a collaboration between Nation Geographic and Emmy Award Winners, ‘Explorers in Residence’: Derek and Beverly Joubert. This documentary focuses entirely on lion poaching and the lack of protection  from within the government due to disinterest and general corruption. It is made all the more powerful because it follows a Lioness and her various ordeals to protect her new-born cubs from all the dangers of an unforgiving world. 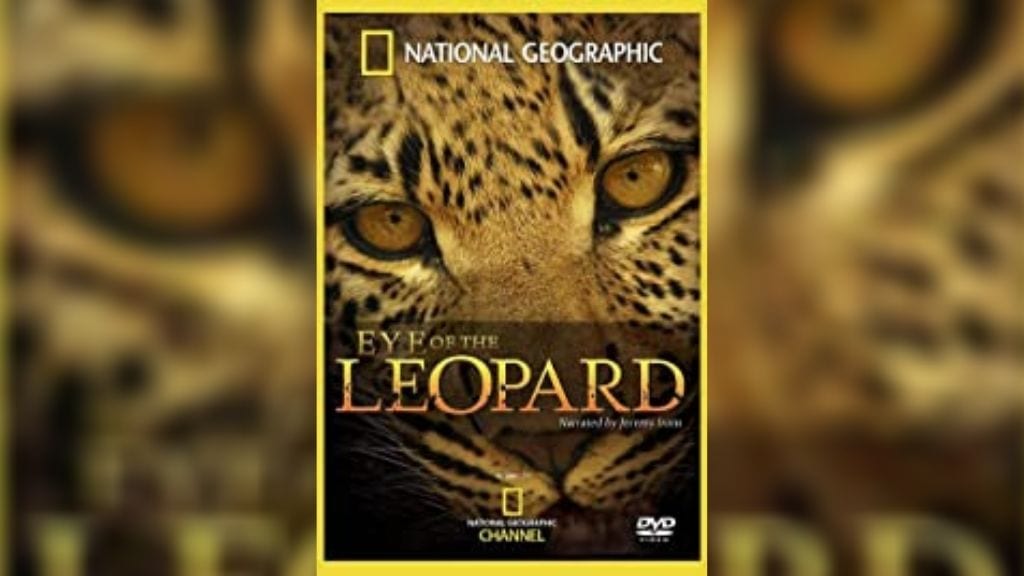 Courtesy of The Eye of the Leopard/IMDB

Wildlife Documentaries: The Eye of the Leopard

Widely regarded as one of their best and heart-warming documentaries, based on Okavango Delta Eye, the film follows 3-year-old leopard Legadema as she nears adulthood with her mother and all the trials and tribulations it brings. 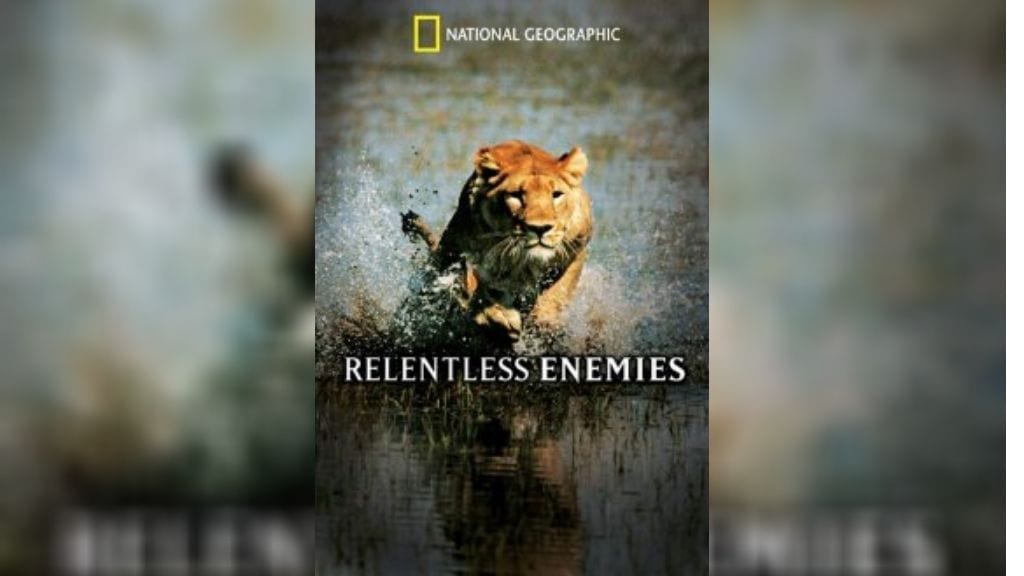 Shot in Botswana following 3 prides of Lions hunting herds of buffalo: But the buffalo frequently fights back and a few of the lions even eventually succumb to injuries. Grim yet fascinatingly honest. 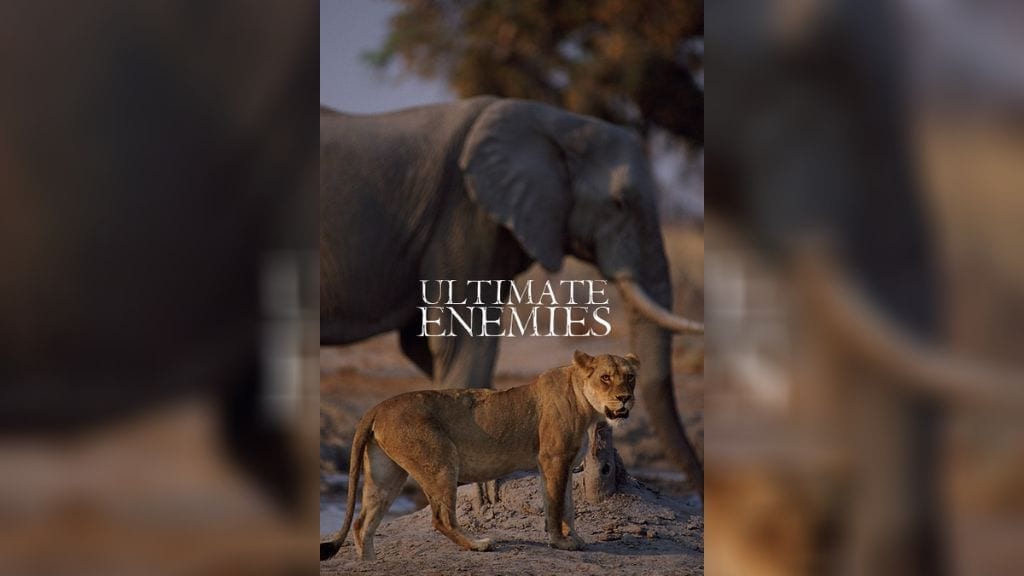 An African documentary based on lions hunting elephants and the frequent battles between the two ‘ultimate enemies’. 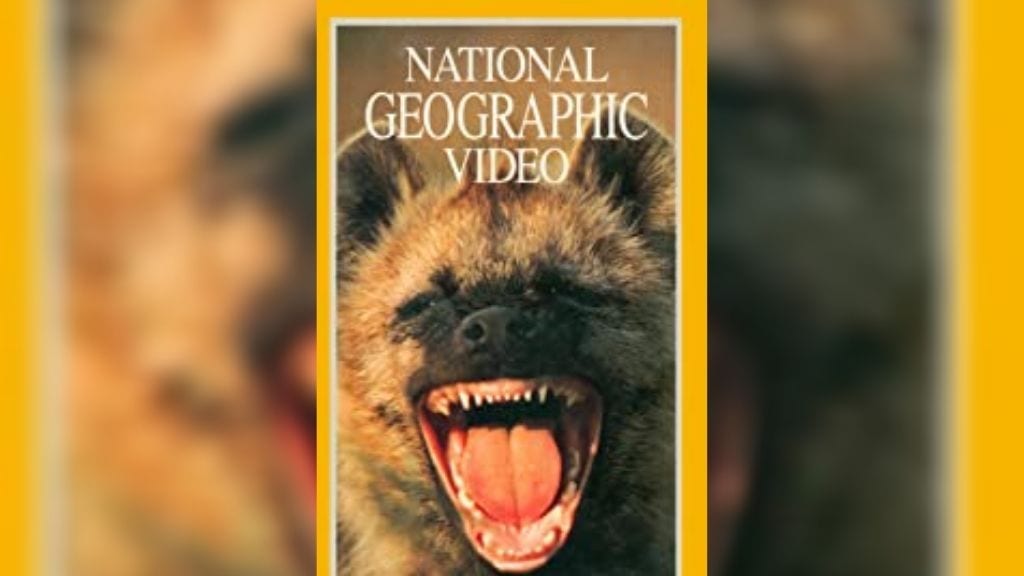 Based almost entirely at night in Botswana, this African documentary focuses on the constant battles between clans of hyenas and lions.

Courtesy of Zebras – Patterns in the Grass/IMDB

This African documentary follows the annual migration of zebras – again in Botswana – and the numerous dangers they face on their 300km journey. 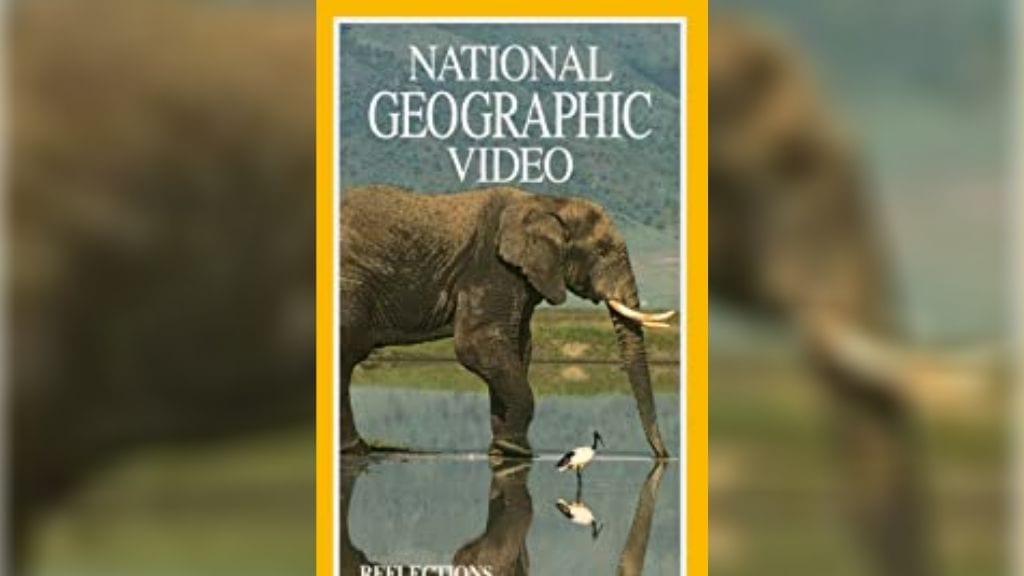 Courtesy of Reflections on Elephants/IMDB

An African documentary about the largest land mammal in the world, the touching way they bury and react to their dead, and the constant search for watering holes. 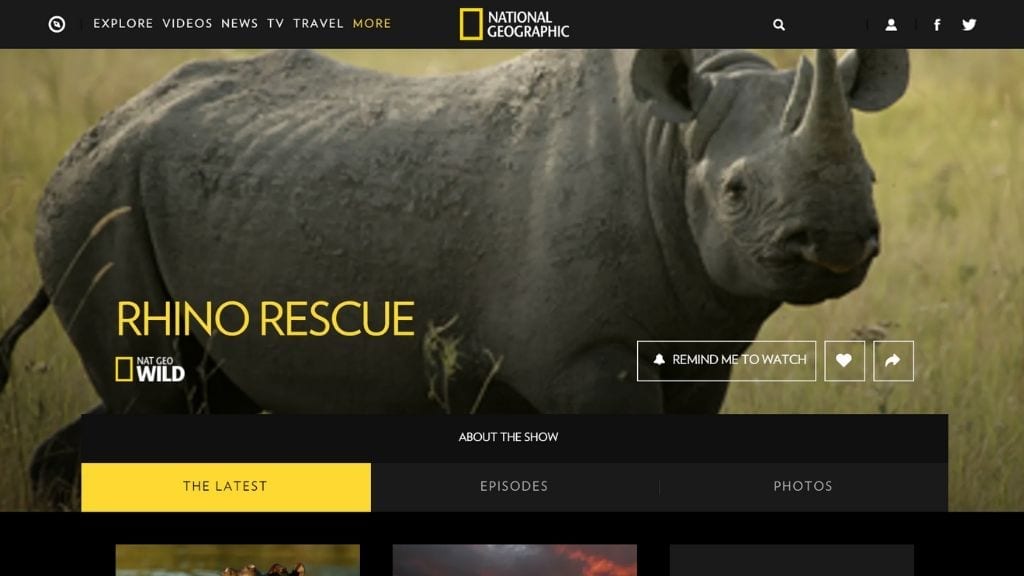 Another touching story based in Botswana about rhinos who are being introduced into the wild after they were rescued from being poached, it focuses on one man called Mpho and his passion for the cause and love for the rhinos. 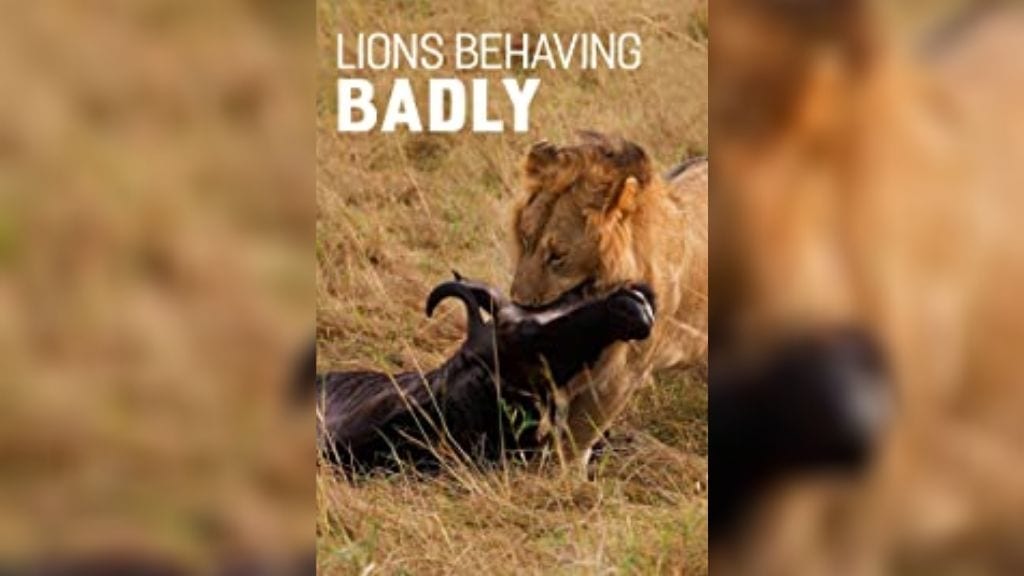 This is set in Makalolo, Zimbabwe. Yes, this African documentary has a silly name, but it does a great job of showing Lion behaviour and has a great focus on lions hunting. 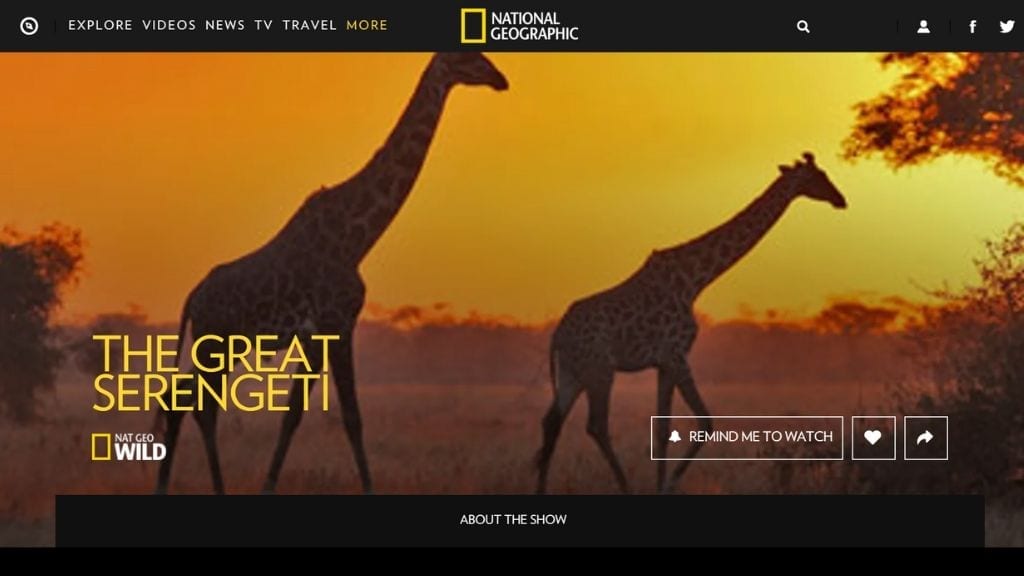 Courtesy of The Great Serengeti/nationalgeographic.com

Set in the Serengeti, this African documentary is mainly a focus on Africa’s great migrations: of Wildebeest, Zebra to gazelles, dodging predators as they go. Great footage of massive sprawling herds over the 1000 miles of the Serengeti. 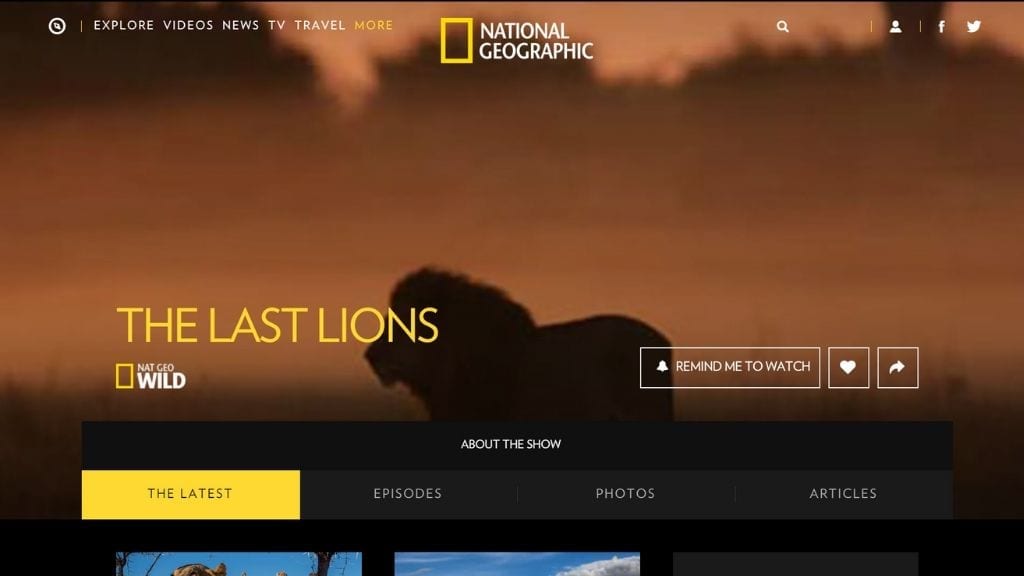 Courtesy of The Last Lions/nationalgeographic.com.au

This African documentary is a story about a Lioness that is forced out of her territory by a rival lion pride. It tells the story of her and her cubs trying to survive on their own. It has been described as the live-action version of the Lion King as it does ‘humanise’ the lions and cubs quite significantly, and so is probably more suitable for kids (the killing scenes are quite tame by today’s standards). 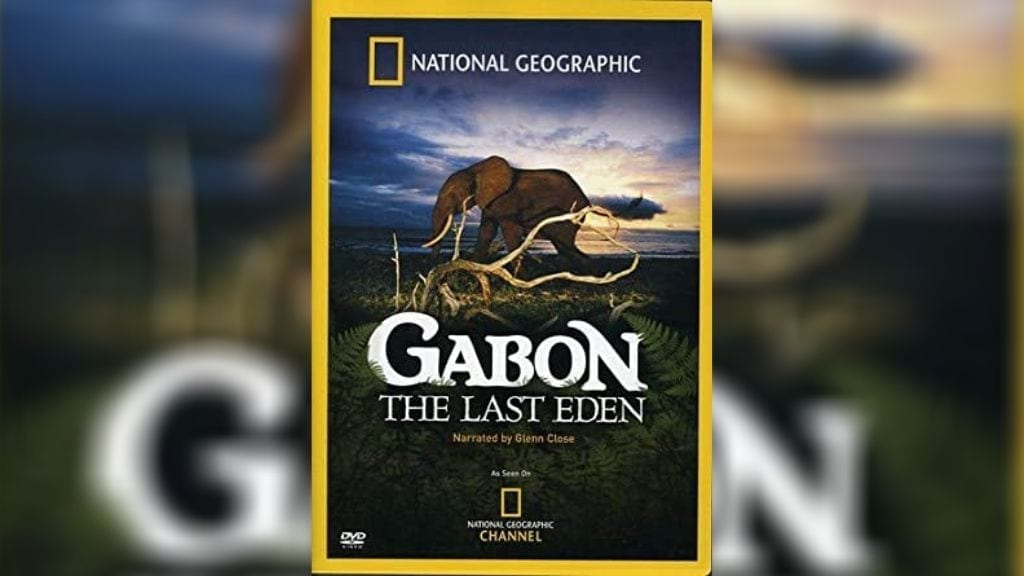 Courtesy of Gabon the Last Eden/Amazon

This African documentary is about Gabon – which relatively few people have heard of – and its wildlife, which is home to some unique fascination species such as the lowland gorilla and forest elephant, as well as some amazing shots of hippos surfing! It also does a great job of looking into the effects of poaching. 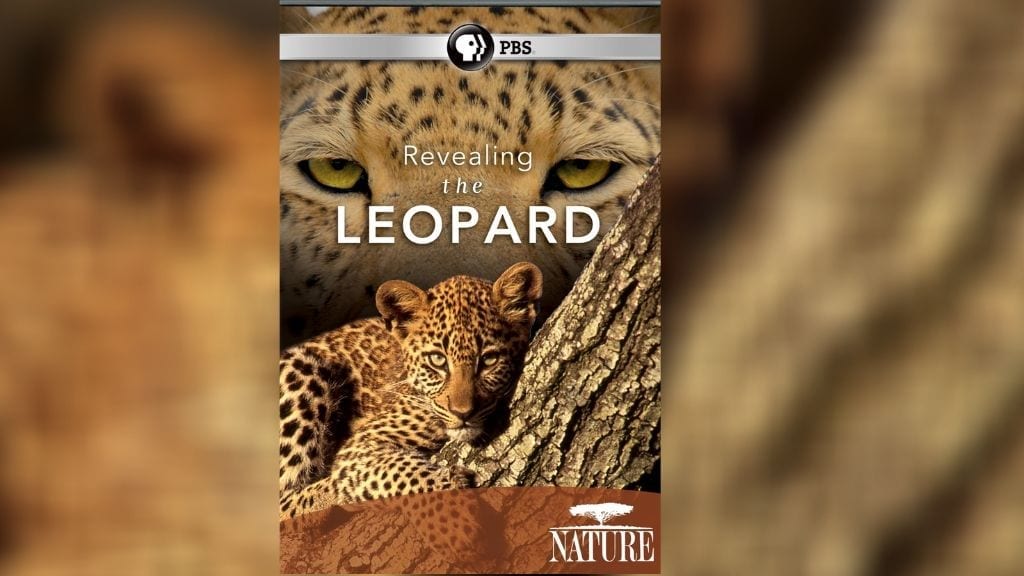 Courtesy of Revealing the Leopard/Amazon

An African documentary about leopards, the cubs and how they hunt. An essential one for Leopard lovers. Courtesy of Predators At War/IMDB

This African documentary is a very mixed bag: Some of the best scenes of animal hunting and feeding you will ever see, but disliked by many for it’s ‘cheesy’ approach, such as referring to animal prides as ‘Panzer Divisions’ and using unnecessary, out of place animation. So maybe it’s not for everyone. 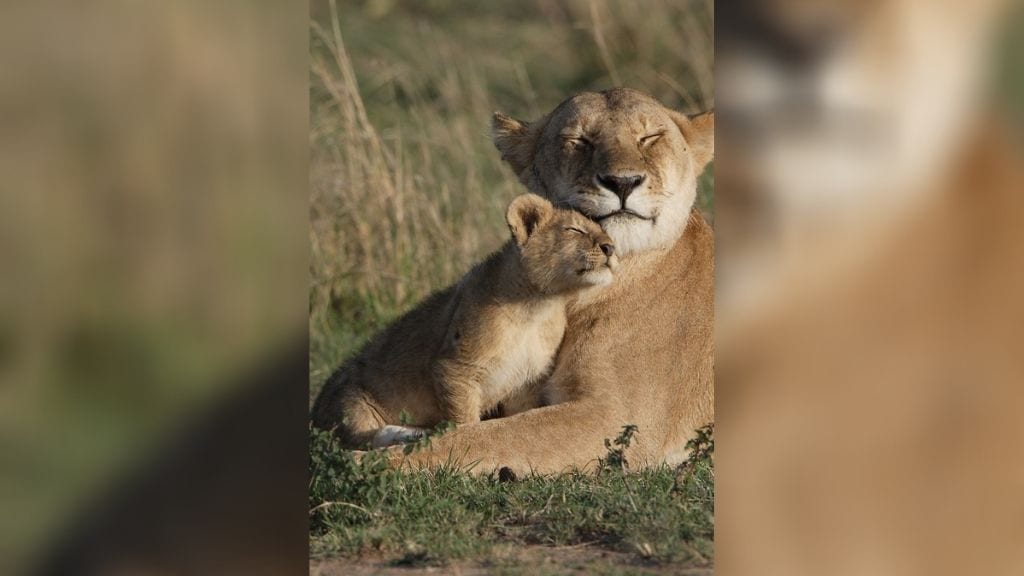 This is definitely a great family friendly African documentary, because it personifies the animals through its narration and the kills are not too gruesome at all. 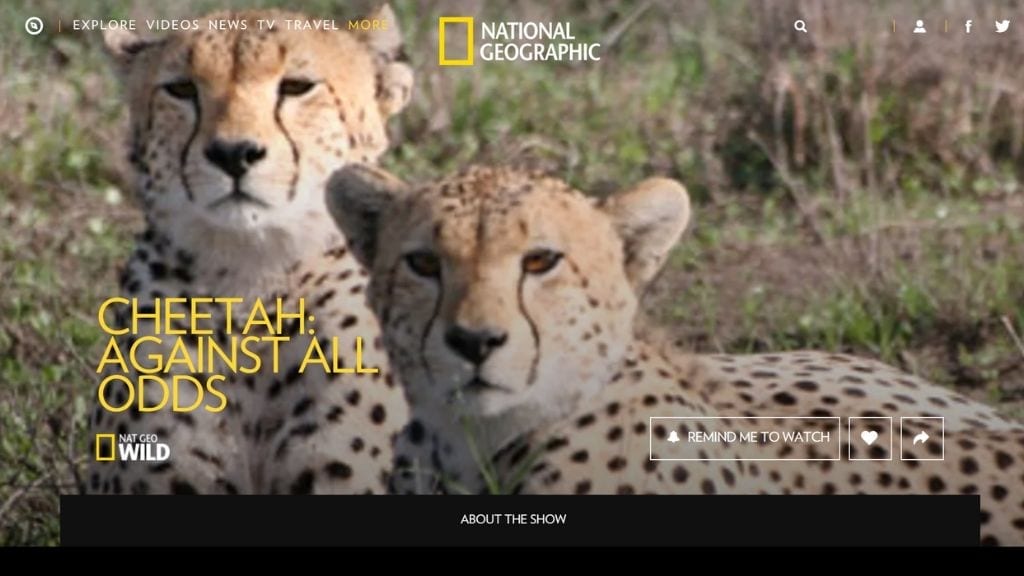 Courtesy of Cheetah Against All Odds/nationalgeographic.com.au

Wildlife Documentaries: Cheetah – Against All Odds

This African documentary focuses on cheetahs on the Serengeti. You really get a sense of the speed of these predators in this documentary, and the killing scenes are not too bloody and most children could probably handle them. 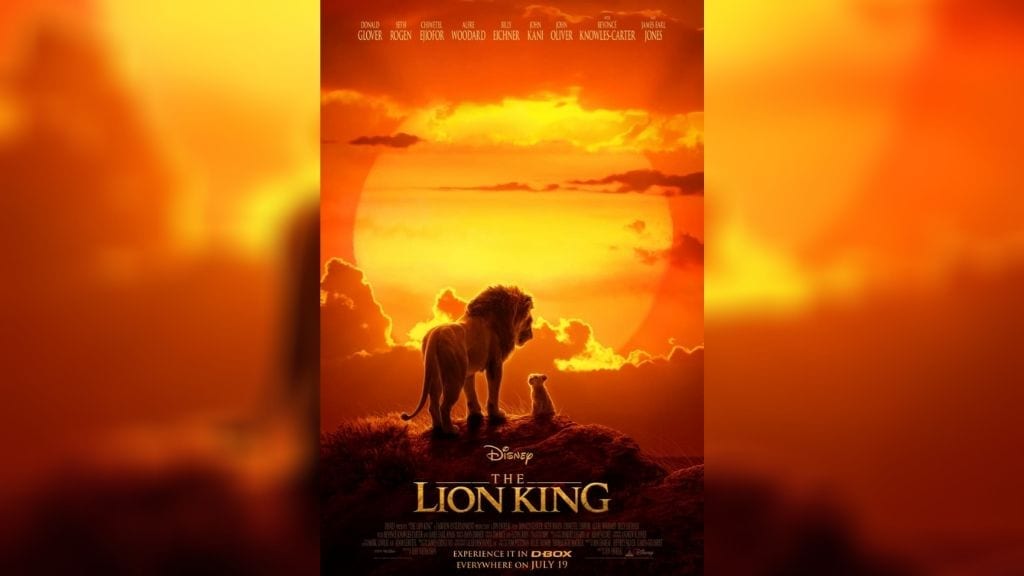 Courtesy of The Lion King/IMDB

One of the most popular Disney films of all time that has spawned Broadway musicals that still tour wideworld today. Of course it’s not for serious documentary avocados being an animation with talking animals, but it is fairly accurate in its portrayal of how the hierarchies work in lion prides and the food chain. So for young children it does have some educational value. 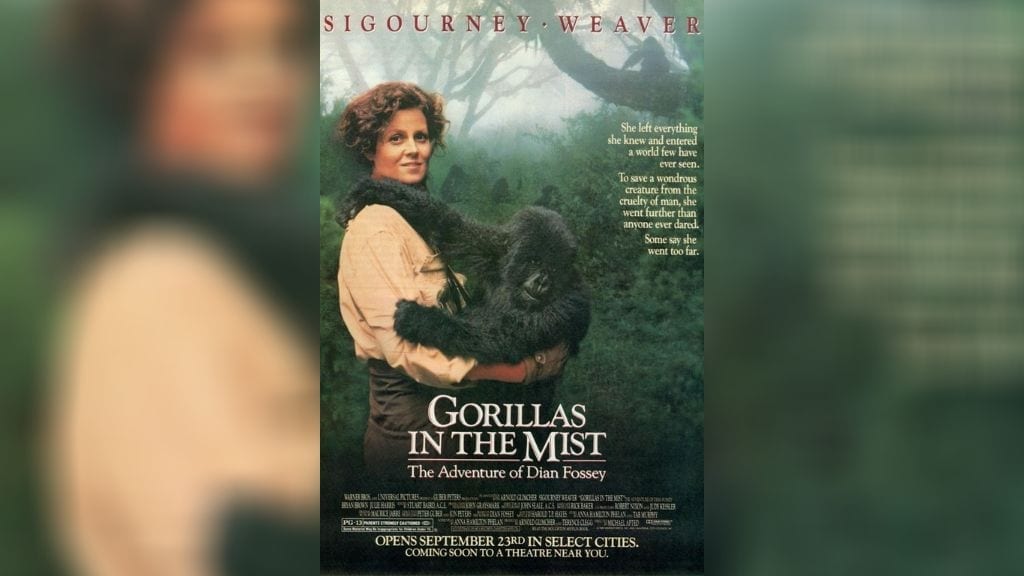 Courtesy of Gorillas in the Mist/IMDB

Wildlife Documentaries: Gorillas in the Mist

A motion picture film about the true story of Diane Fossey who devoted much of her life to studying mountain gorillas in the D.R Congo and Rwanda. Starring the wonderful Sigourney Weaver, it shows the battle against poachers and corrupt politicians and the dedication she had in fighting against these problems. At times she got so close to the gorillas she could safely interact and even play with them and was accepted into the group she was studying. 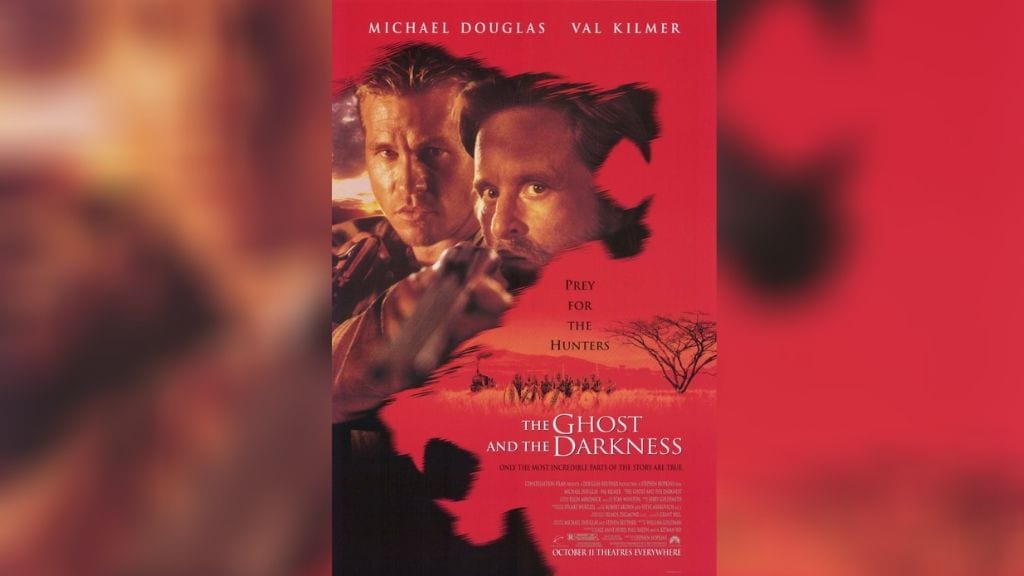 Courtesy of The Ghost and the Darkness/IMDB

Wildlife Documentaries: The Ghost and the Darkness

Based in 1898 in East Africa, this motion picture is about two hunters who are hired to come and kill two lions that have been attacking and killing villagers. Not really relevant for today’s modern Africa, but gives you an insight into how poaching has evolved. 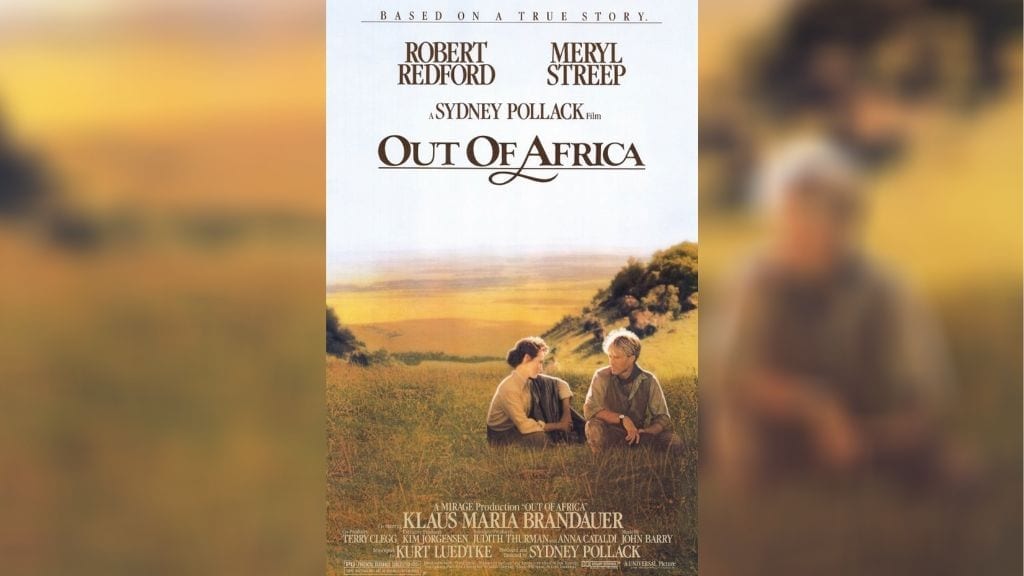 Courtesy of Out of Africa/IMDB

Wildlife Documentaries: Out of Africa

And now, a romantic motion picture partly based on a true story of a Danish woman who is a dairy farmer living in Kenya at the turn of the 20th century with her husband. It’s a romance film, but has some truly beautiful shots of the African countryside and was well received by critics. So it might be worth a look if you like this genre. 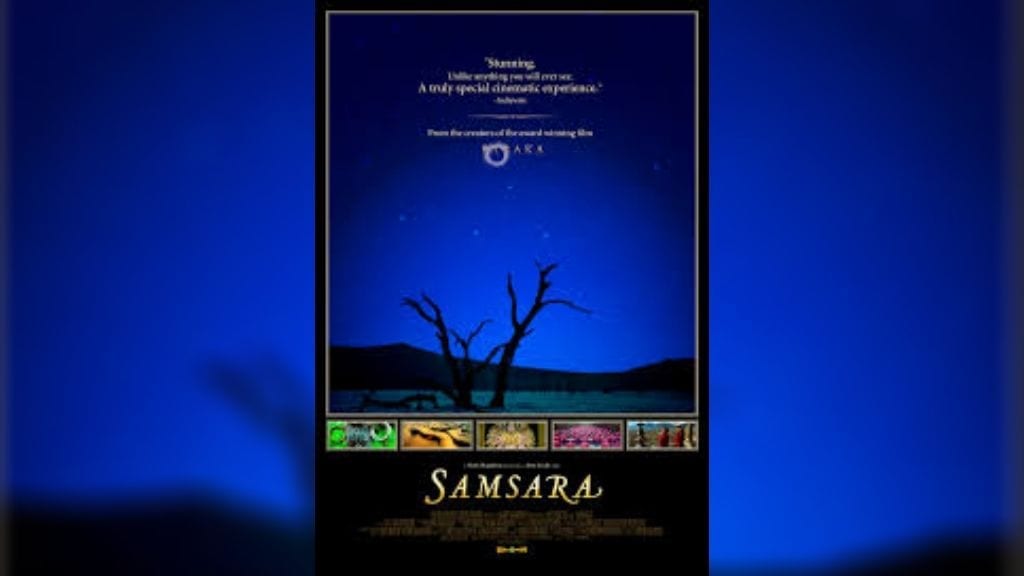 Samsara is an entirely visual African documentary that goes around the world, filming everything from human struggles to survive in slums, wonderful shots of mountains, rivers and the natural world, to the problems of climate change and what man is doing to the natural environment – a striking contrast beautifully filmed. The only criticism from some is the lack of a narrator so sometimes you don’t know where the place you are seeing are, but really this hardly matters when you see the quality of the filming. And the ones based in Africa are quite obvious (with masai, berbers etc.) So there it is not really a problem in reality. 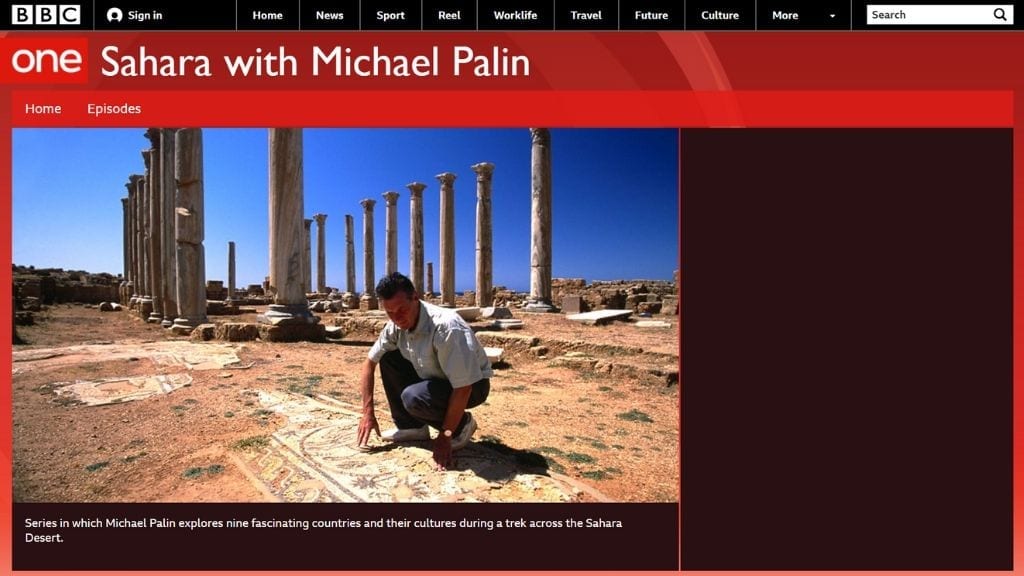 Courtesy of Sahara with Michael Palin/bbc.co.uk

Michael Palin has done so many travel documentaries in the past – ‘Around the world in 80 days’, ‘Himalayas’, ‘Pole to Pole’ etc. But his Saharan adventures feel a lot less outdated than those and is a fascinating journey to some West African nations very few backpackers or tourists ever go to, starting in Morocco but then heading down to places like Mauritania (with the longest train in the world – an iron ore train that also carries passengers), Senegal and Mali, culminating in Timbuktu. 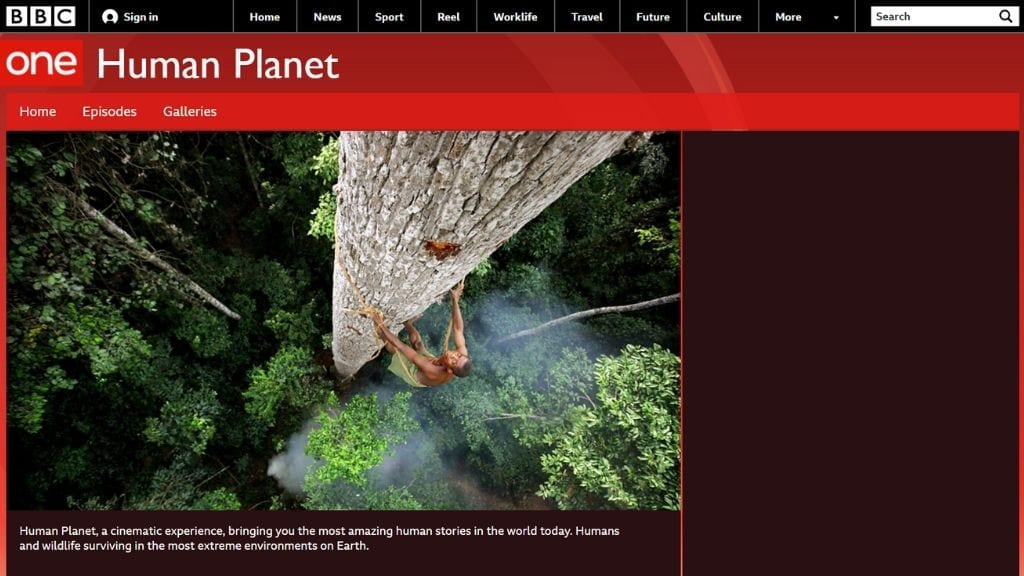 Another BBC classic, the focus here is on human interactions with nature across the globe, and it’s wonderfully filmed (being one of the newest BBC documentaries) from fisherman tightrope walking waterfalls to catch fish in Laos, to spear fishermen in Indonesia free diving to depths of 20 metres to catch a meal, and inuit in artic climates hunting seal and whale clinging to a way of life fast disappearing. With a total 80 locations on offer over an 8 part series, this is surely going to give you a serious case of wanderlust. And with plenty of locations in Africa – such as a segment on Masai culture – you’ll get your Africa fix too.