With pristine sand and hidden coves to explore, African islands are a highlight of this wonderful, diverse continent. Turquoise waters at relaxing temperatures, coupled with sea breezes make the many African islands off the coast a pure delight for the senses. Whether you’re looking for culture and adventure, or pure relaxation, there will be something for everyone on the many islands that are strung along the coastline like a necklace of corals and shells. Whatever your plans for Africa, a trip to one of the islands is a must-do, as the pure tropical paradise to be found on each is not to be missed. Have a look inside for more information on some of the most popular African islands and for ideas on activities that will get you conjuring up ideas for your next trip abroad. 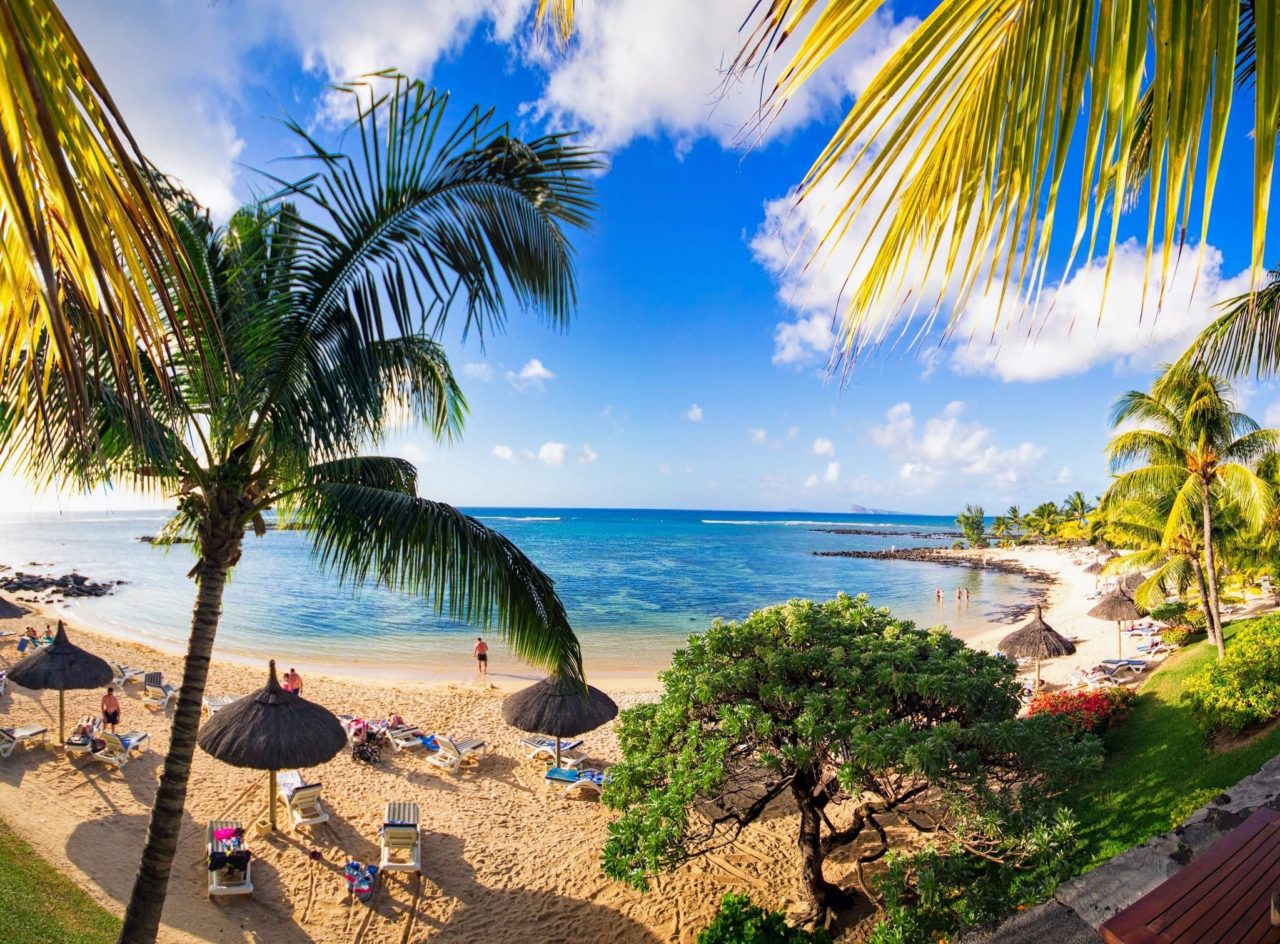 Although some would not consider Mauritius as part of Africa at all, it lies surprisingly close to the East coast of Africa. It’s also one of the wealthiest African nations. Mauritius has a bustling capital, full of fish, spice markets and it’s just as a fascinating place to wander around and sample delicacies from the region. This African island itself is actually quite large, being 38 miles by 29 miles. And there is plenty to keep you occupied for a couple of weeks here.  Scuba divers mostly just head for Flic en Flac, others who want a much quieter beach experience – perhaps for a honeymoon or romantic getaway,  tend to head for either Mont Chosy or Troux-Aux-Biches.  Mauritius is actually a Hindu nation, which makes it unique amongst the Christian and Muslim nations of Africa, and gives the nation its own unique cuisine (hints of Indian, with dhal puri probably being regarded the national dish) and culture (Hindu temples to visit). Finally, the best time to visit this African island is between the months of April and June and between September and December, when seas are calmer and snorkelling and diving visibility higher. 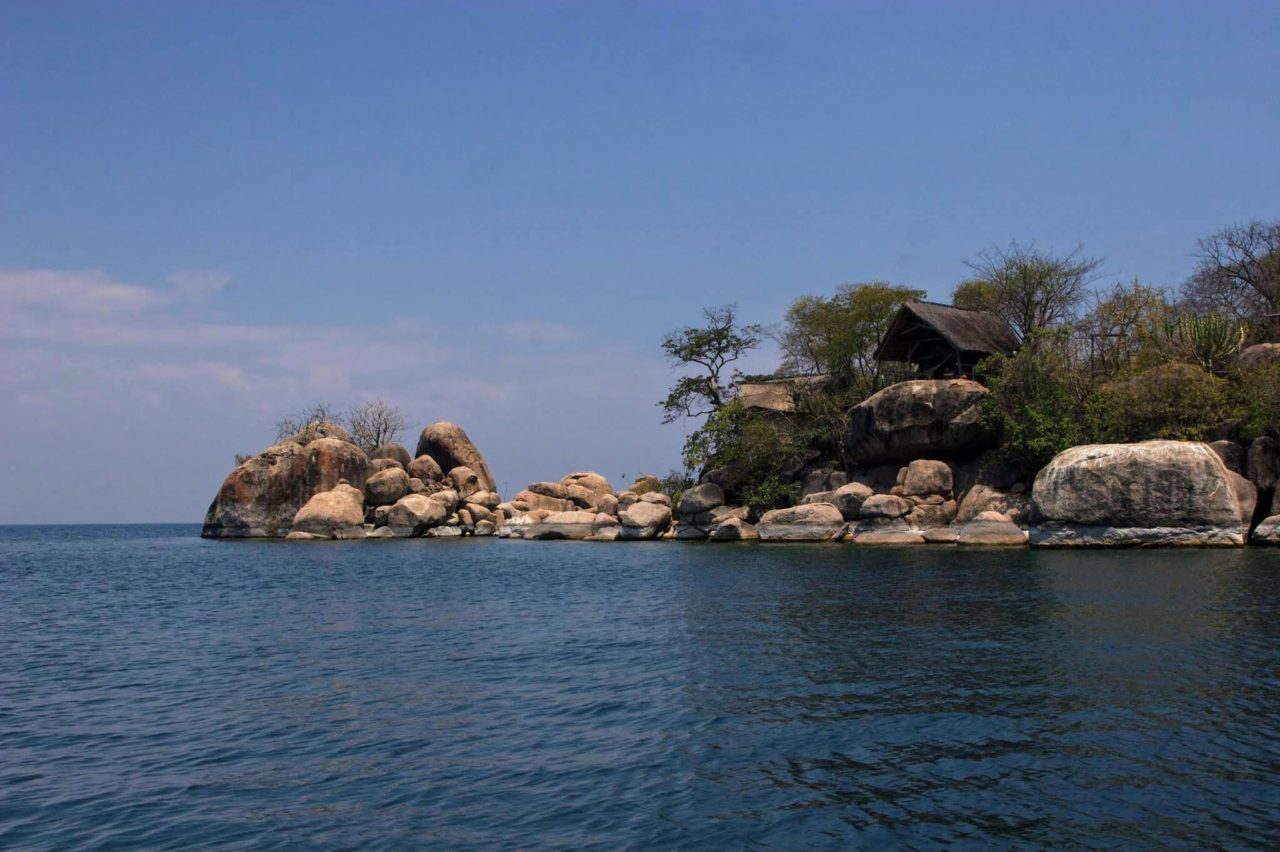 When people think of an island getaway for their holidays they usually conjure up images of places in Thailand, or perhaps the Caribbean, but Africa seems to be so rarely spoken about. After all, it is so often quoted as being “the forgotten continent”.  To be honest, it is their loss! As there are thousands of miles of white sand beaches and African islands most of the time unexplored or at the very least undeveloped. Firstly, there is the 1k small African island off Malawi – Mumbo Island – it is so small that only 14 people are permitted to camp in tents here at one time. But that makes it all the more special! You can swim and kayak in crystal blue waters, but the isolation of this African island also makes it ideal for honeymooners. 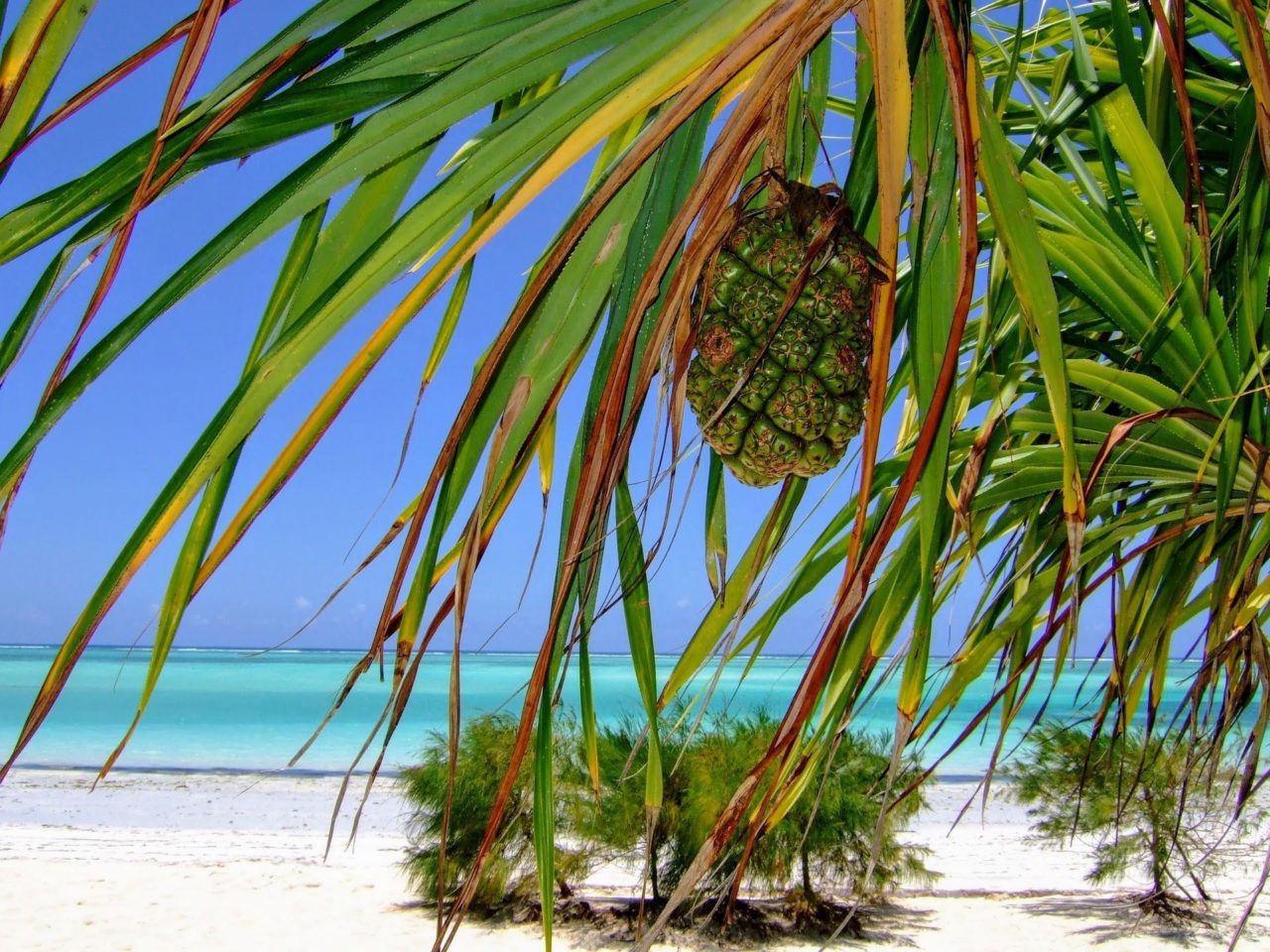 Zanzibar is the 15 mile African island off of mainland Tanzania, but you ask any Zanzibarian and they will say they are Zanzibar first, Tanzanian second. And indeed that sums up how different the island is the mainland. There are beaches where you can play Robinson Crusoe, dive sites further off the coast, and numerous island resorts dotted around this African island from those with a younger party vibe to those with a laid back feel. Of course Stone Town – a UNESCO site – is a world apart from the luxurious beaches. People will hassle you here about going on various tours or buying overpriced sovereigns and can be quite aggressive – but don’t let them startle you. Ignore, politely say “no” and carry on. The architecture is pretty beautiful – with its Arabic past – it’s worth stopping for lunch or a drink in one of the many Arabian styled buildings. You can also arrange a spice tour here to visit former spice plantations that made this African island such a huge stop on the trade routes back in the days when nutmeg was worth more than its weight in gold. Zanzibar is virtually accessible year round, with only a short and vague rainy season between March and May where you will actually find things cheaper and any storms that do roll in on this African island are absolutely spectacular to watch from your balcony. 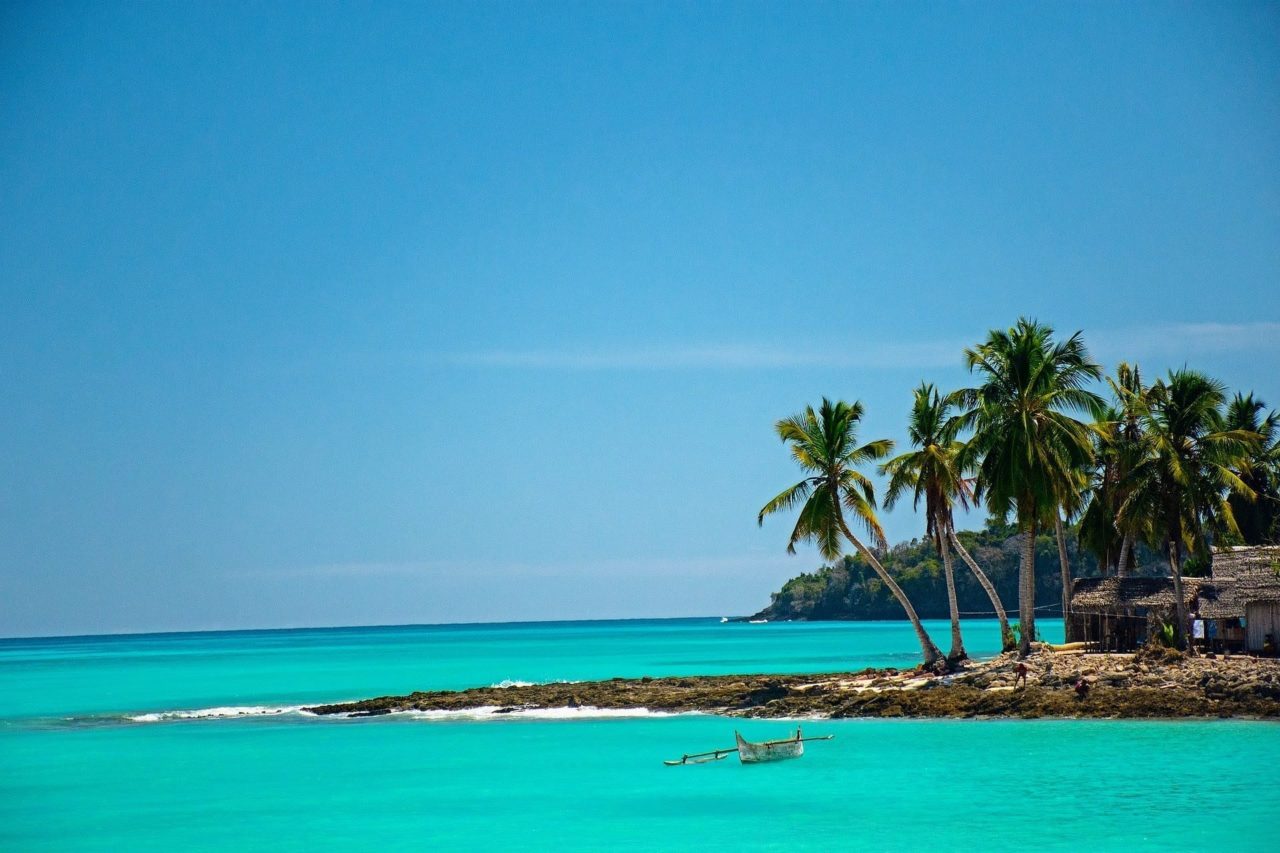 Nosy Boraha is just off the coast of Madagascar. The beaches of this African island are decent but the real reasons to come here are two-fold: There is a pirate cemetery with a skull and cross bones on each tombstone! And between July and September Humpback Whales breed off the waters here.

Praslin Island is in the Seychelles and has some stunning beaches, the top two generally being: Anse Lazio beach, and Anse Georgette, but the national park in the south is the special gem here: With rare bird species and lush jungle to hike your way through. Thee island also has some special history: Pirates and smugglers used it as a base to strike out for raids on vessels. 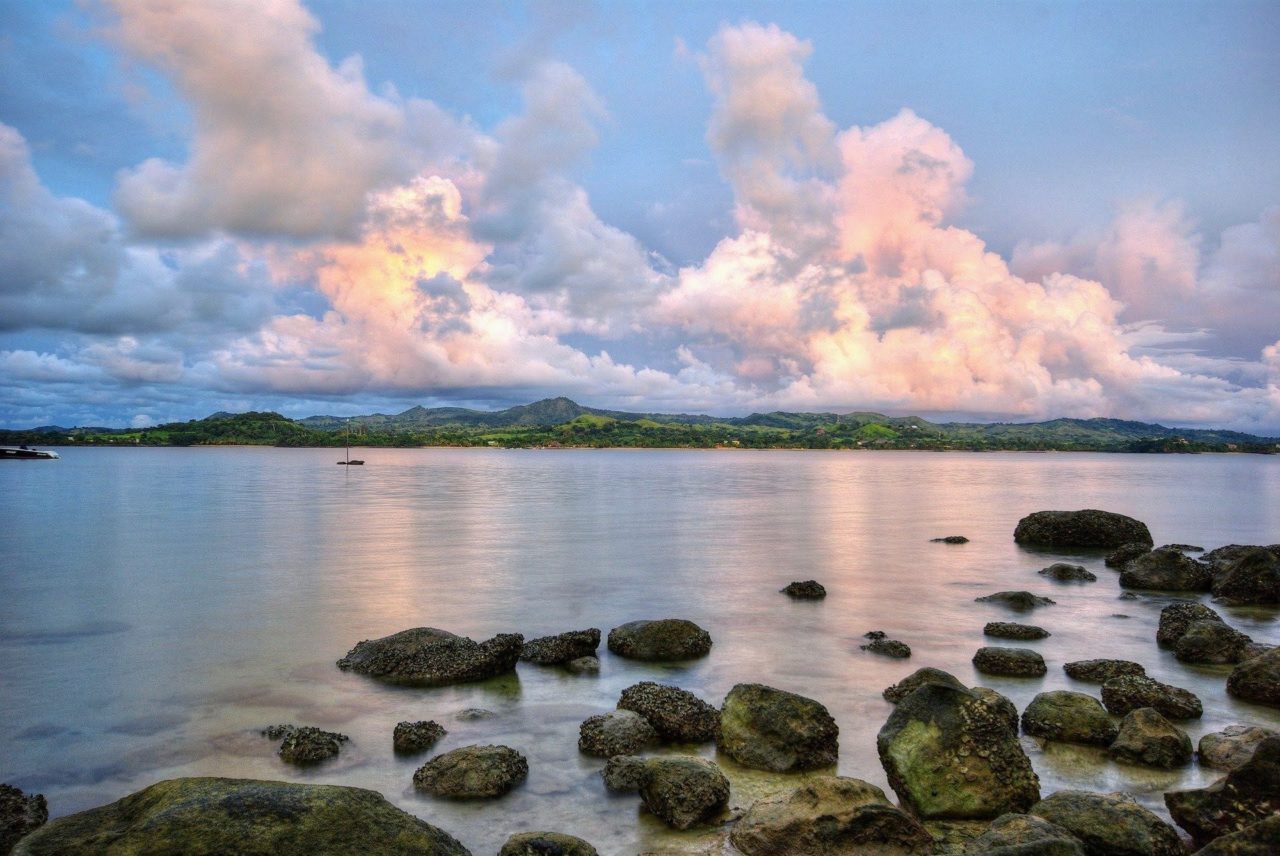 Nosy Be is another African island of Madagascar and there is tonnes to do here: Rum distiller, lemurs, and volcanic lakes, and of course spectacular coral reefs. Every year there is a 4 day festival in May Donia Music Festival, so plan accordingly around this. The beaches may not be the best in Africa, but the seafood dining is world class. 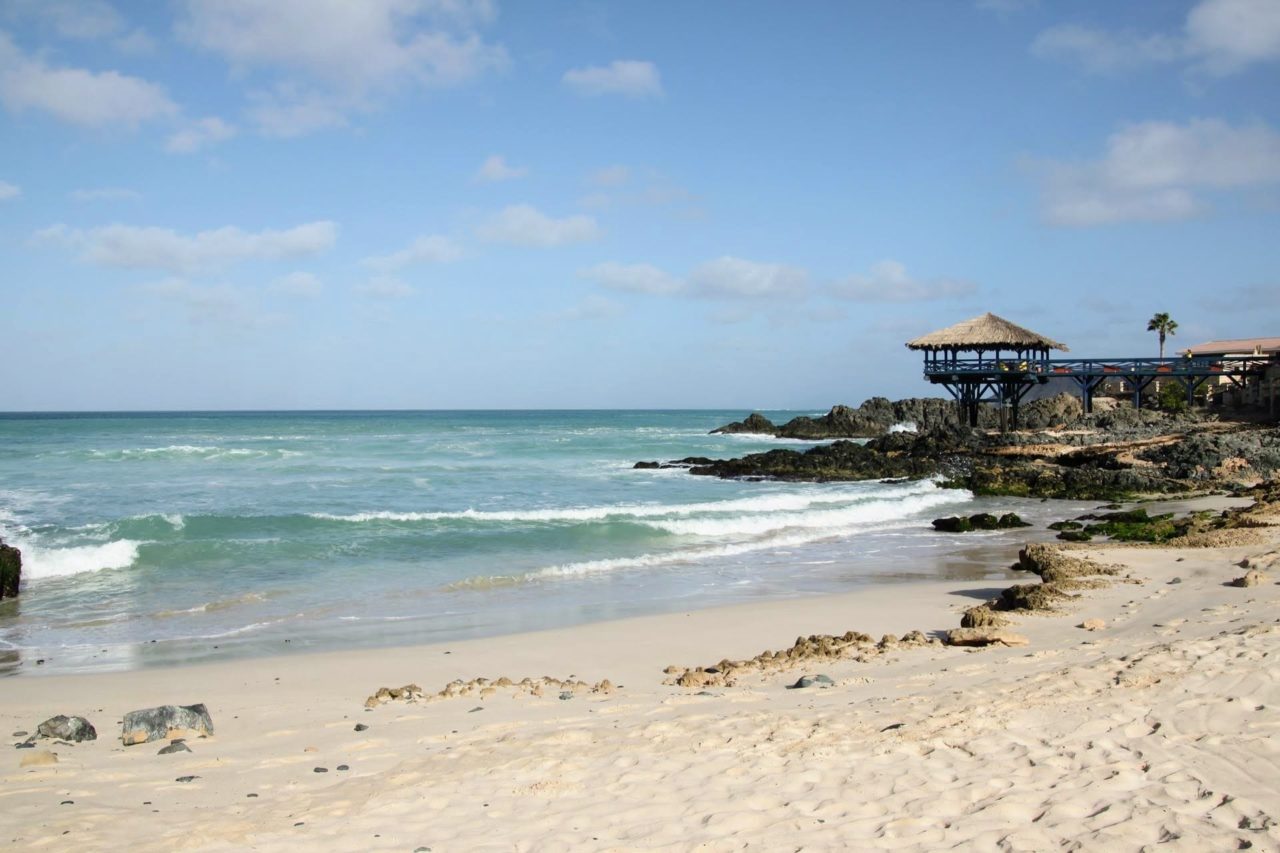 Boa Vista – this African island is located right on the south edge of Cape Verde, and is full of sand dunes and shipwrecks to explore! Against this was a pirate area many decades ago, to the point the French had to build the Duque de Braganca Fort to protection. Humpback whales are known to splash and play just off the coast of this African island so it may be worth having a swim to see if you can get a glimpse. 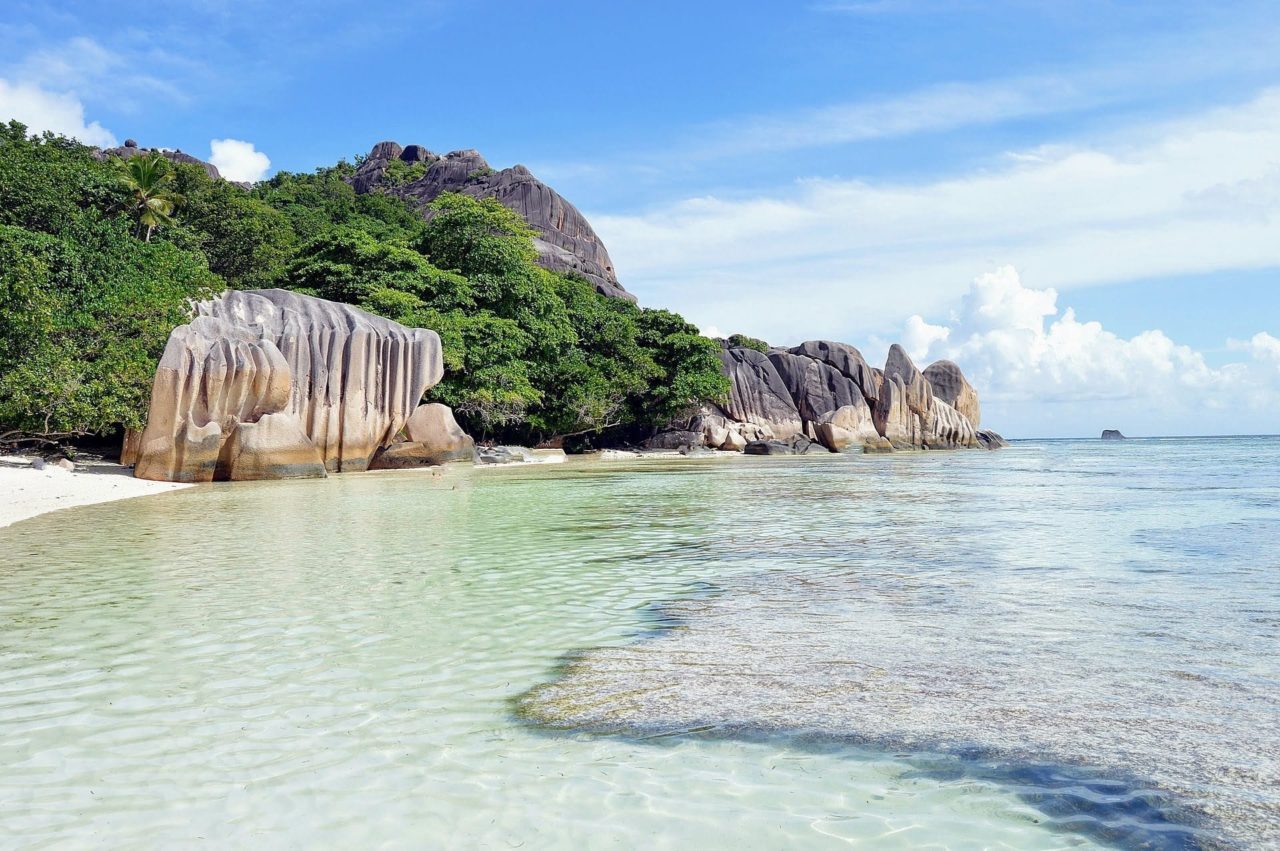 La Digue Island has some of the most beautiful pink granite sand beaches and coves in the Seychelles. And the clearer than crystal waters here are ideal for snorkelling. 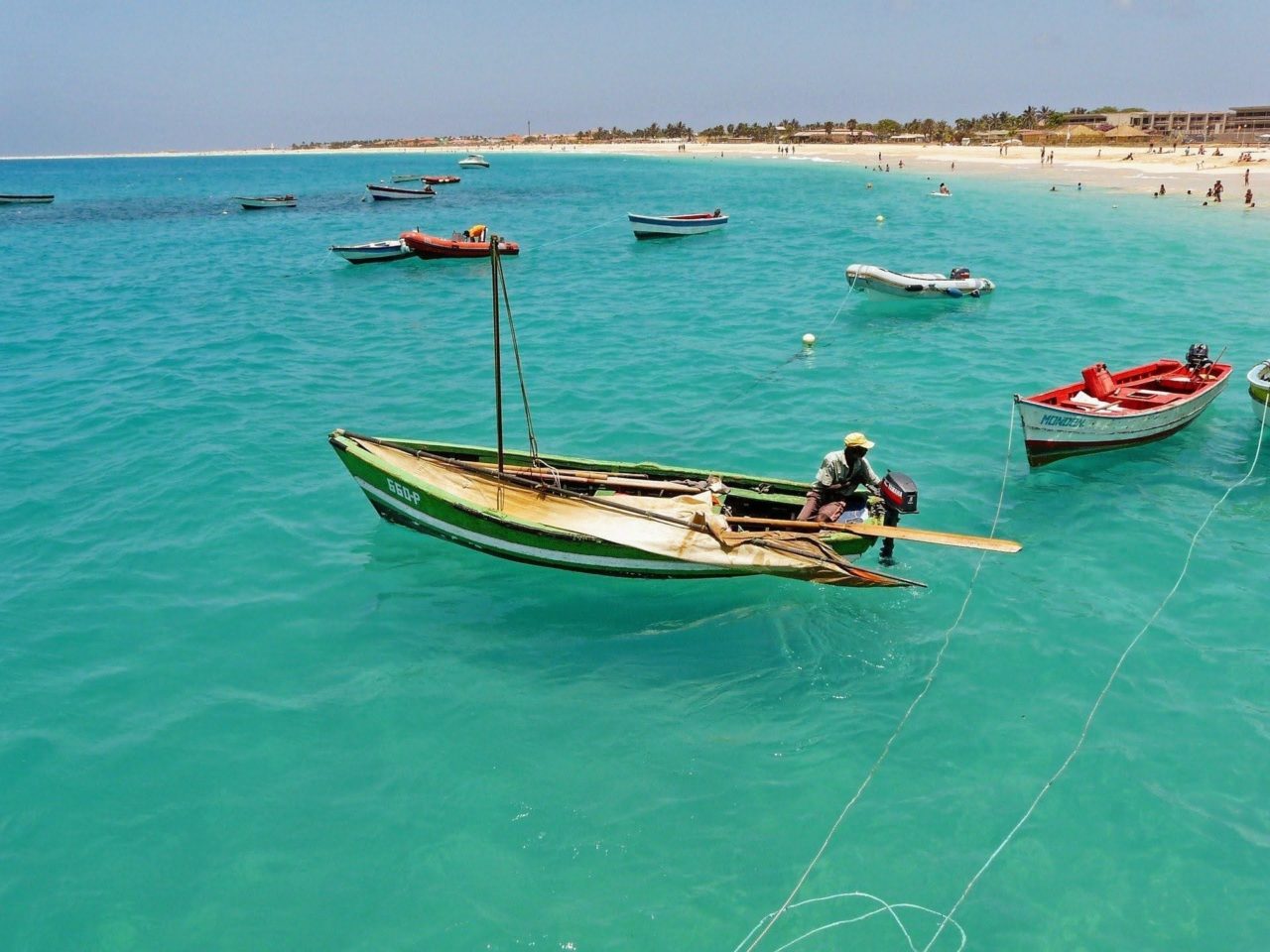 The turquoise waters make Iiha Do Sal a snorkelling and diving paradise. The nightlife of Santa Maria is also worth checking out, and interestingly there is an optical illusion on this African island that makes it seem like there is a lake on an open plain. 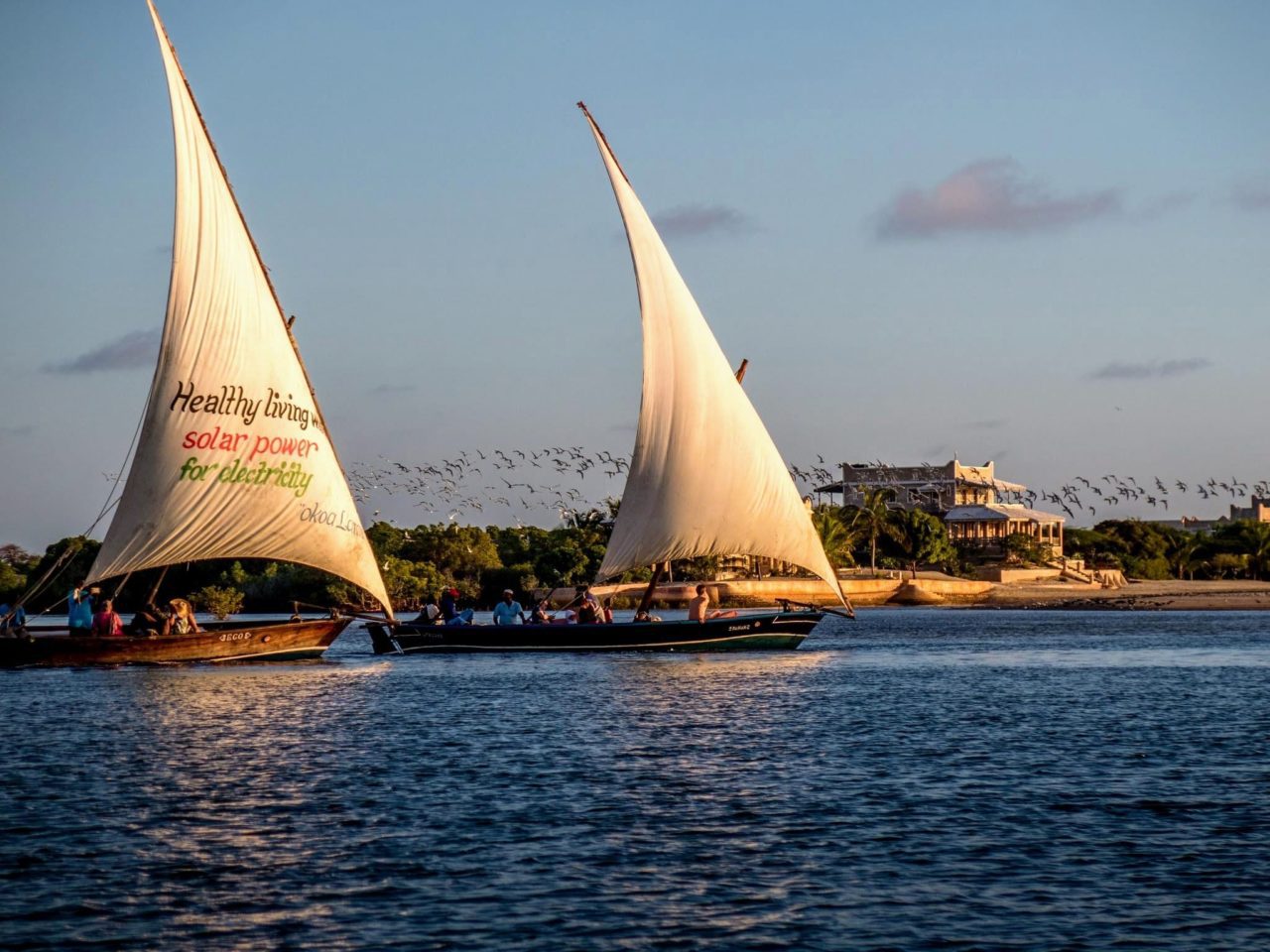 Lamu Island is just off the coast of Kenya. There are only few roads and most all the houses are made of coral. This African island is also one of the best-preserved Swahili settlements in East Africa. The best way to get around is by walking around. 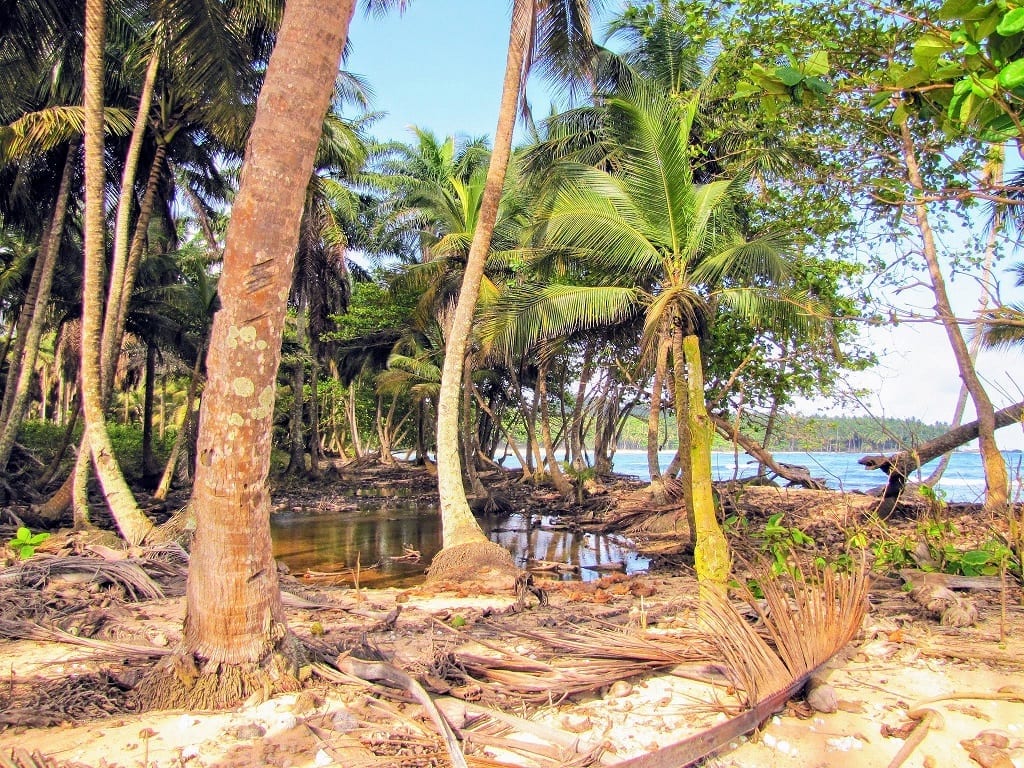 Although sitting on the equator quite a fair distance from mainland Africa, this Portuguese island still very much feels like Africa. A stop off on the trade route to the spice around the cape of hope in South Africa, today Sao Tome receives very few tourists, and that is a big plus for you! You will have dive and snorkelling sites virtually to yourself, and you can walk through the numerous sleepy authentic fishing villages dotted around the coast in your own time without being disturbed by hordes of package tourists. And if that wasn’t enough, Portuguese/ African island is known for its world class coffee and chocolate, so you can arrange a tour around these at your own leisure. 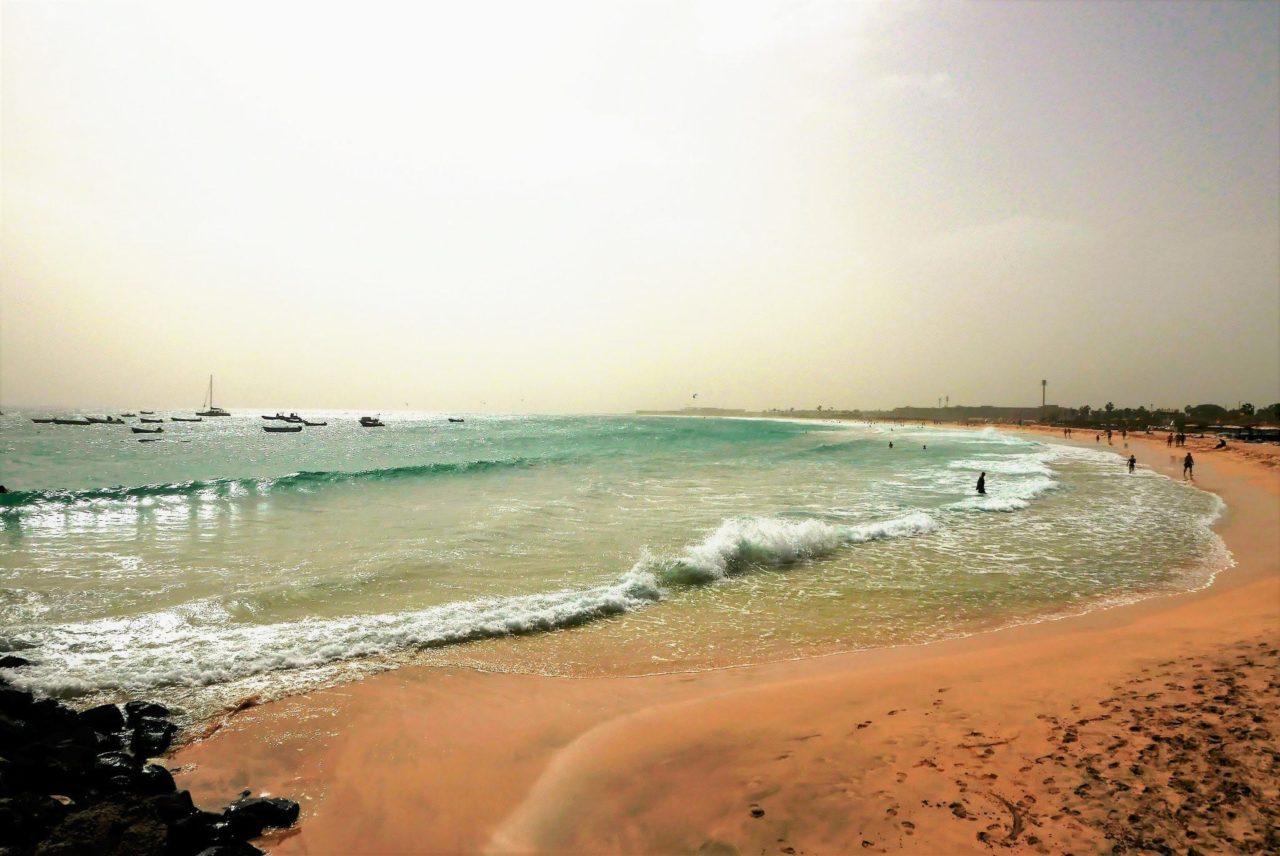 Cape Verde is a very popular tourist getaway in recent times and to be honest it’s easy to see why. The archipelago is made up of 10 African islands in total, with Sal being the most popular due to its ease of access. Sal has numerous beautiful beaches and the capital – Santa Maria – is a beautiful town with multi-coloured pastel houses and a plethora of bars, restaurants and night clubs for those who like their nightlife. 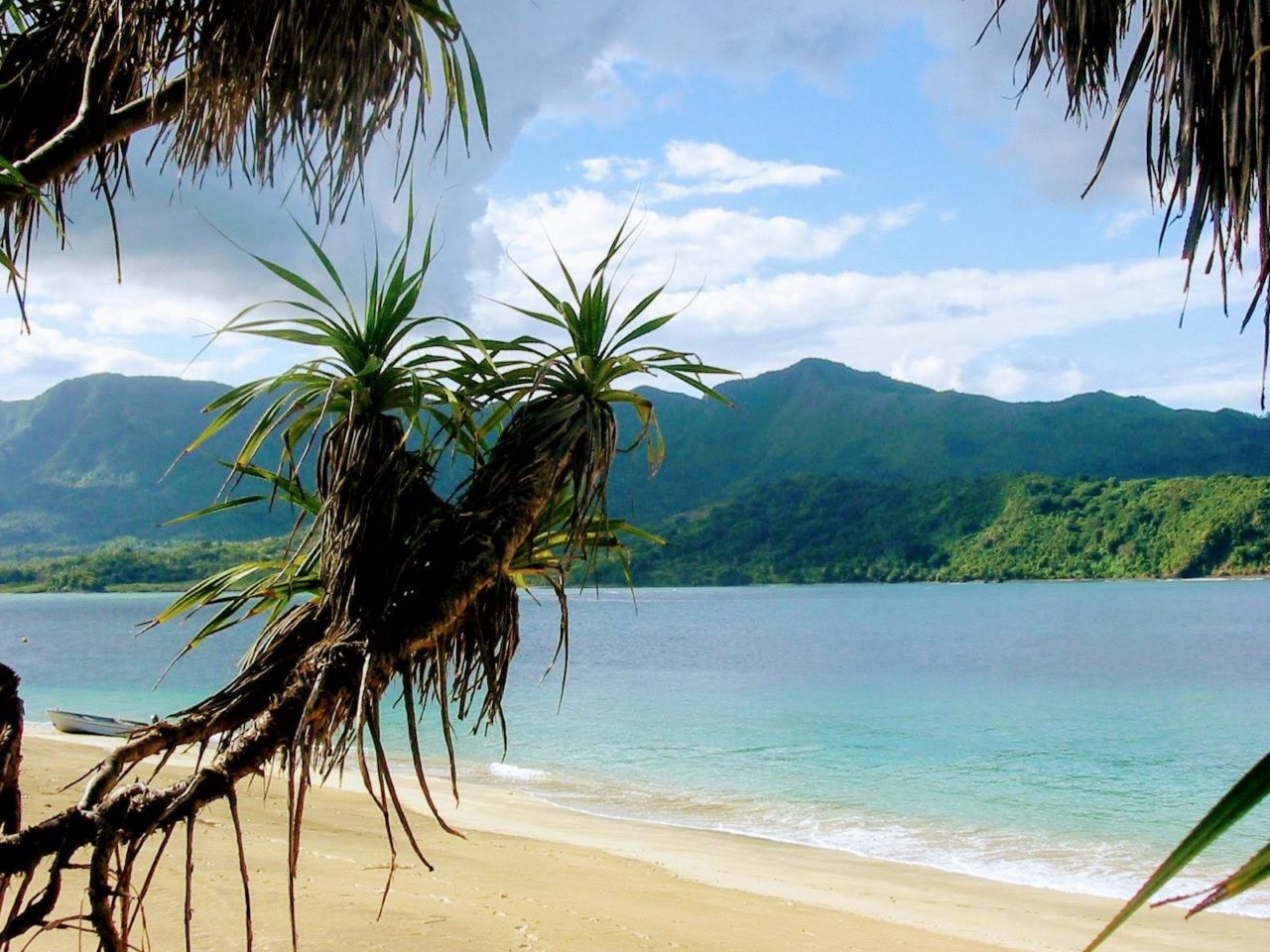 Often known as Mwali, this is the smallest African island of the Comoros chain. Comoros is a tiny nation made up of three small African islands, which are very undeveloped with very few inhabitants. Modern facilities are lacking on this African island, but it’s this kind of remoteness and undeveloped that makes it such an ideal and beautiful place to visit, such as the Moheli Marine National Park: Snorkelling is world-class with multi-coloured undamaged reefs, sea turtles, whales and dolphins all protected under the national park laws. 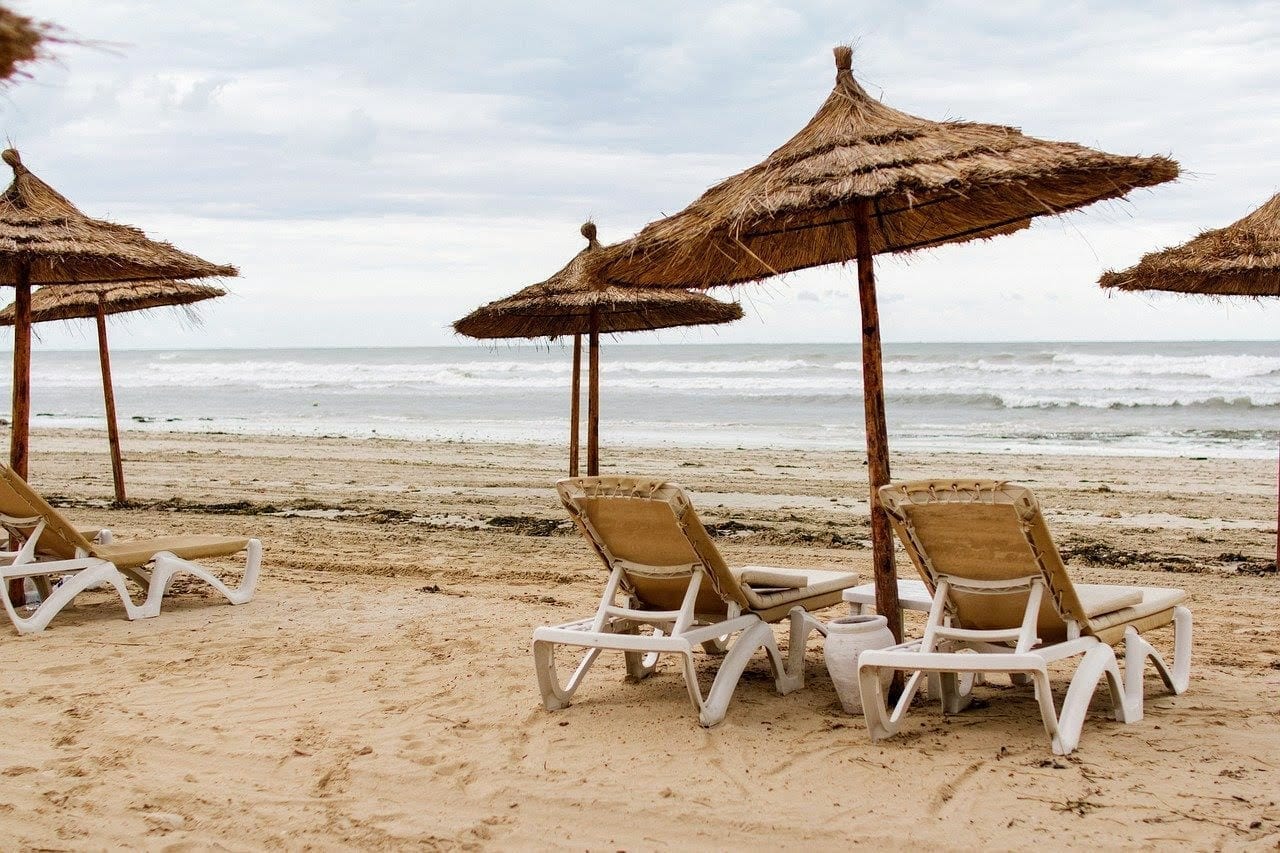 Just south off the coast on Tunisia, this African island has become extremely popular amongst tourists due to its decent beaches, great dining options, and fantastic water sport activity options. But a short distance inland away from the hectic beach resorts of this African island, tourists can find a quiet and peaceful countryside where the Berber language is still spoken and survives to this very day (one of the few places in Africa where Berber is still spoken). 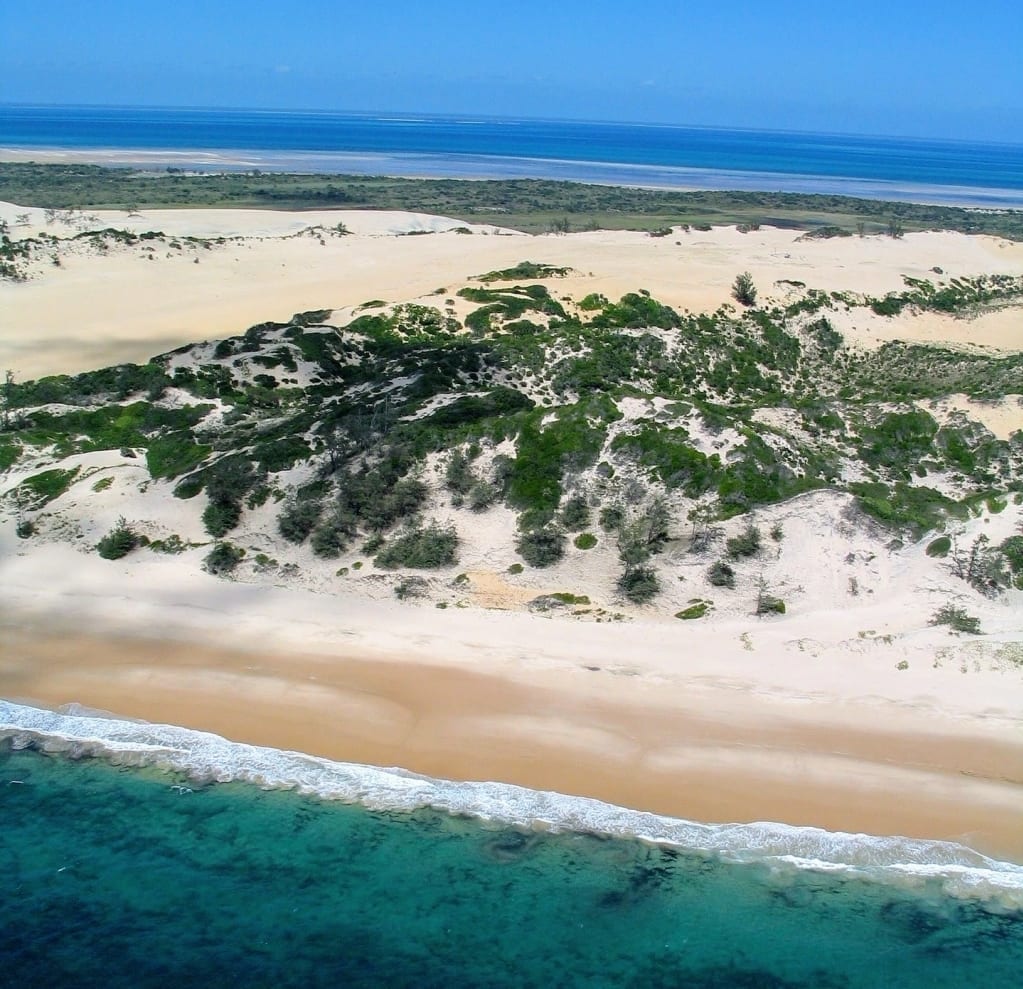 Bazaruto Archipelago is pretty much an exclusively geared African island towards divers. Most of it is a National Marine Park, so divers are in for a real treat. The park is home to numerous species, including, fish, whale sharks, dolphins, manta rays, mackerels, and much more. It is also home to the extremely rare and exclusive dugong, so if divers are lucky they get to spot one of these. This African island is also a great place to sample to world-famous prawn platters. 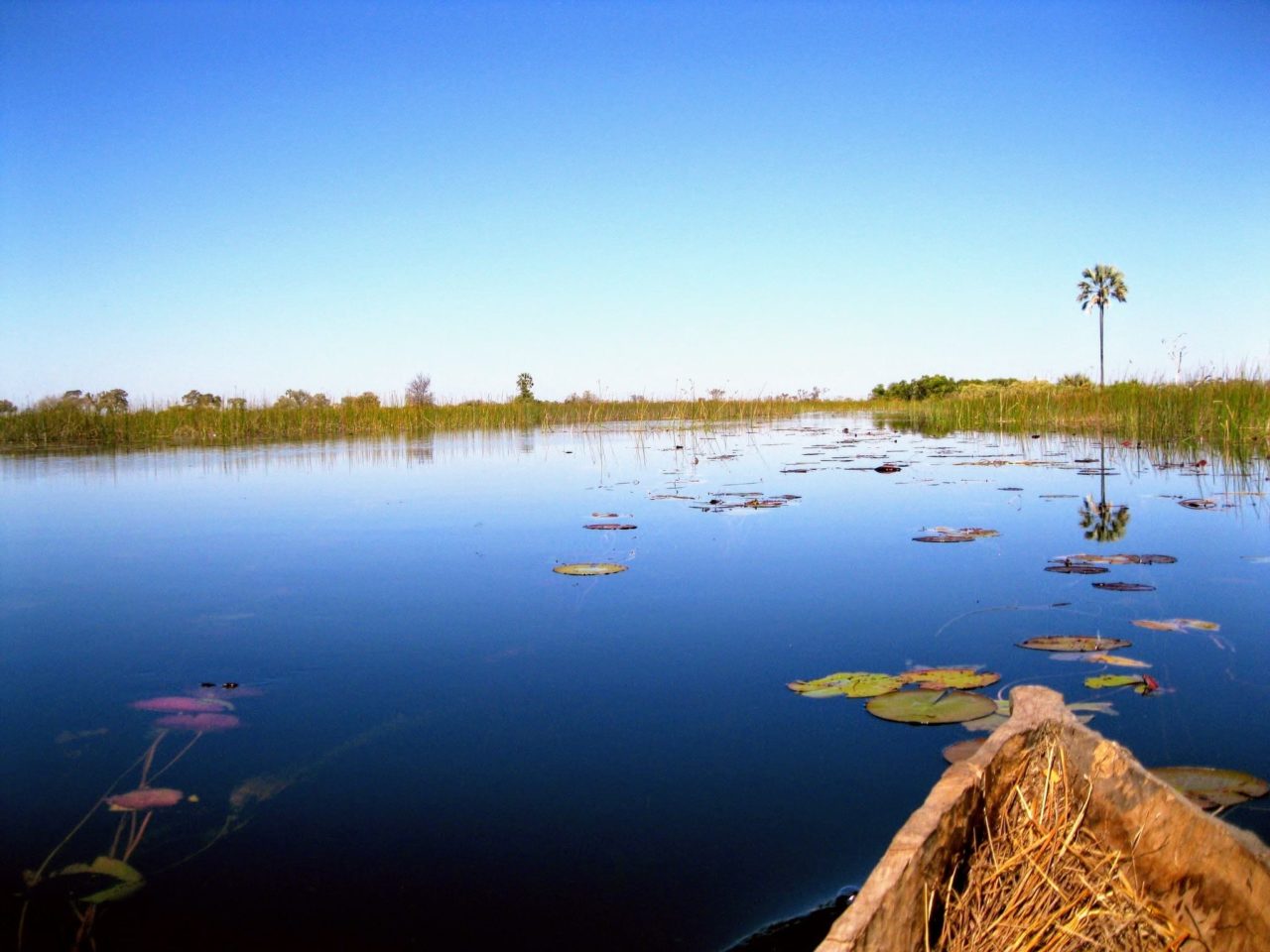 This African island really is safari-heaven rather than a paradise for divers and beaches. It does not flood when the waters ride in the delta, which makes it a spectacular and unique place to view wildlife. Zebra, elephant, wildebeest, Impala, red lechwe which all seek refuge on this African island during the floods congregate on the island. Hippos and crocodiles are also abundant in the delta. So tourists really are spoilt for choice in Chief’s Island.