In the last few years, Africa has been creating some truly innovative designs in architecture, many of which focus on solving city planning problems in urban areas, whilst others focus on economic and ecological sustainability, and tackling environmental problems. Others are simply architectural statements to encourage economic projects in African architecture, such as Kenya’s ongoing aspiration to build a ‘Silicon Savannah’: Massive investment in the technology industry and an ambitious infrastructure deemed a “Techno City” which would support 200,000 people. This article will take a look at some of the most innovative designs and projects in African Architecture. 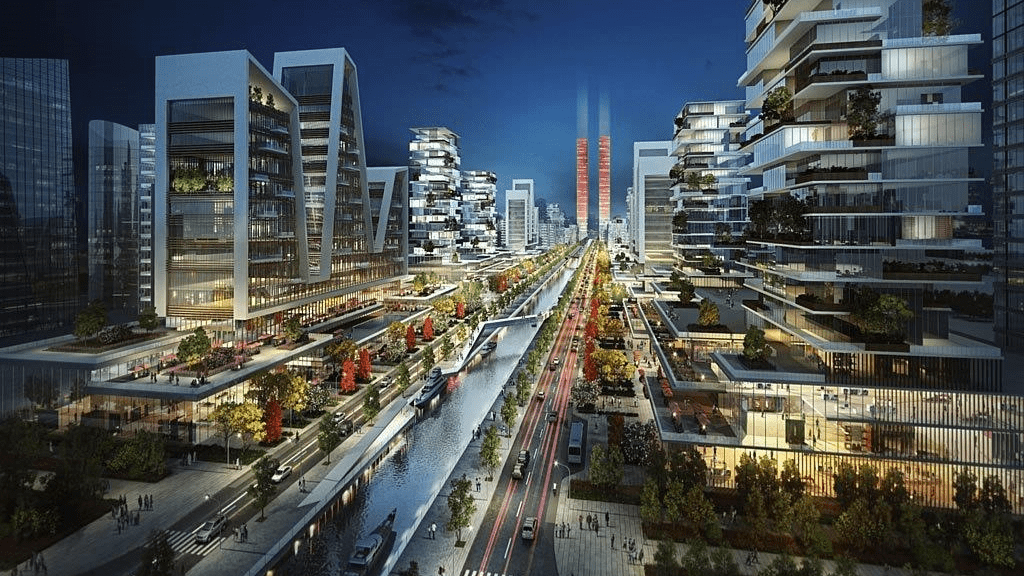 Perhaps a surprise to many westerners, Lagos – the capital of Nigeria – is quickly approaching a population of 20 million, making this creation of African architecture a global megacity. The main challenge the Eko Atlantic project tackles is the erosion of land outside Lagos by the Atlantic Ocean that is quickly encroaching the financial centre known as Victoria Island. The project of African architecture was launched in 2003, and continues to bring together private individuals and corporations in investing in transforming land lost to the sea into a bustling, ocean-front city. This project will also have the added bonus of relieving land pressure through land reclaimed from the encroaching sea, whilst an attached project made from 100,000 concrete blocks will form a barrier that will calm the power of the waves and provide the first-line of sea defence that will prevent further erosion of land. This sea defence project in African architecture is named the Great Wall of Lagos.  The scale of this project is quite staggering: The entire urban development project will create a district the size of Manhattan in New York City that will become the economic and financial centre of Nigeria, and quite possibly the whole of West Africa by 2020. The ten-kilometre project of African architecture will have waterfront areas, green spaces, tree-lined streets, an efficient transport system, and mixed-use land plots that will mix residential areas housing an estimated 250,000 people, and commercial plots with leisure facilities, offices, and shops which will employ an estimated 150,000 workers.

This is a very ambitious development project with a £9.1 billion investment on an IT and business district which will be known officially in the future as Konza Technology City. The Kenyan government estimated that this project of African architecture has already created 20,000 IT jobs, and the Kenyan government’s Vision for 2030 hopes it will create around 200,000 for Kenya’s young educated local talent. Konza Technology City will eventually include a university campus, schools, hotels, hospitals, and research centres, as well as 37,000 residential homes. And with environmental conservations and sustainable in mind, 6000 hectares of land will be conserved in a wildlife area by the Kenya Wildlife Conservancy. Thisproject of African architecture is hoped to make Nairobi a hub of trade and investment and create employment opportunities in the technology industry. It could well make Nairobi the biggest hub of trade of investment in the technology industry in all of East Africa, competing with Lagos’ ‘Great Wall’ project in the West, bringing huge investment and economic growth to sub-Saharan Africa as a whole.

Opened in June 2015, near the infamous Kruger National Park, Makanyi, one of the most interesting pieces of African architecture, was inspired by towering tribal ruins found in Zimbabwe. The buildings are all thus built from curvaceous stone, which contains only seven suites. Four-poster beds, fireplaces, and private plunge pools add to the safari and wildlife watching opportunities. 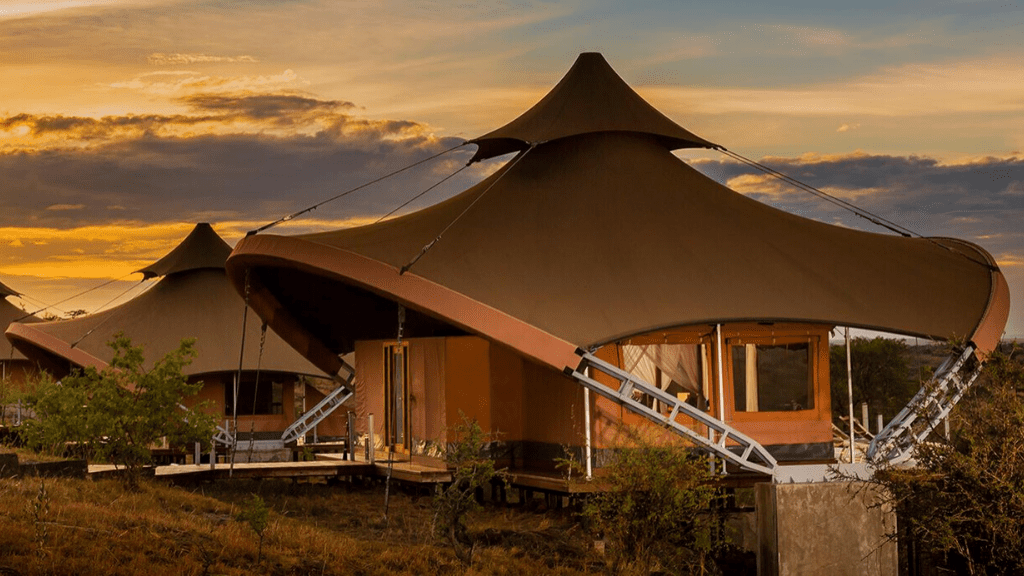 This is Sir Richard Branson’s luxury getaway set in Maasai Mara Safari Camp in Kenya, and as such, the price tag is high for staying here. However, this piece of African architecture is well worth mentioning here its concern for the environmental impact on the surrounding environment, with its domed cabins seamlessly blending into the surrounding hillsides. The area as such has not been overrun or spoilt in this region of Kenya, which are scattered throughout the hills. Branson also employed only local workers and included local communities in the building of these projects of African architecture, which ensured both economic and social sustainability in the region was ensured too. 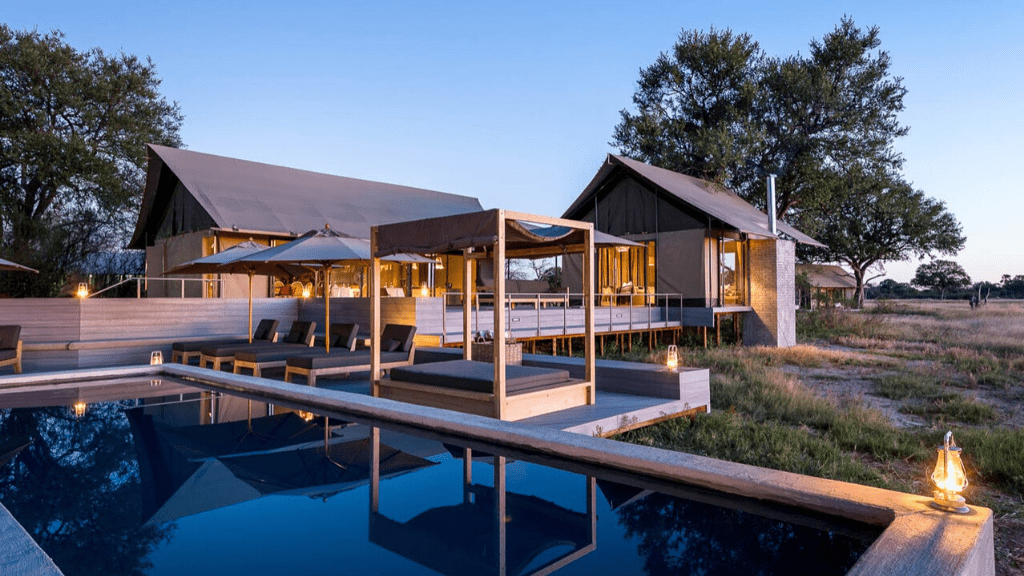 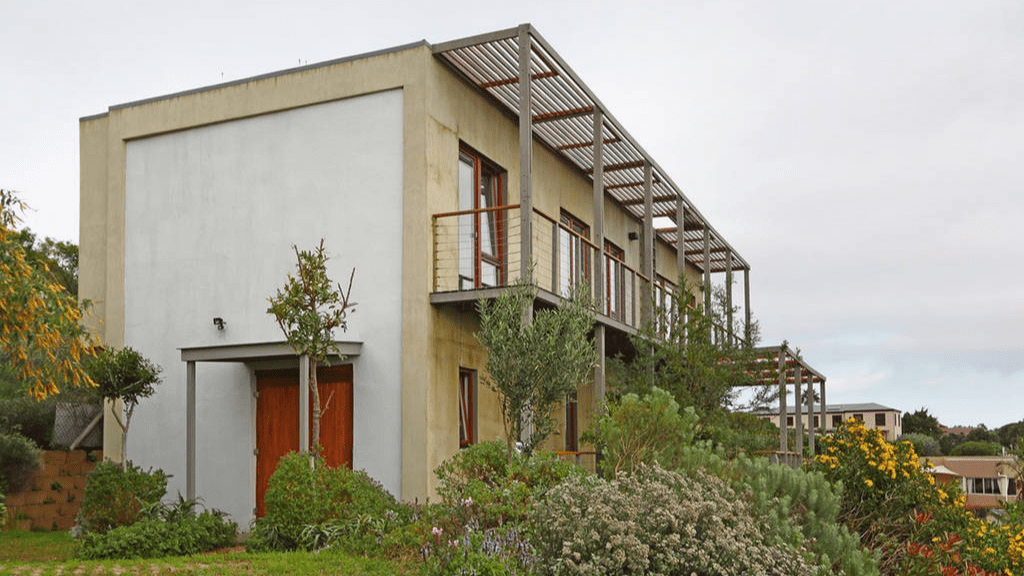 Widely regarded as Africa’s most sustainable building with a near-zero carbon footprint, the house is made from hemp – a commonly used term for the male plant of the Cannabis plant. Hemp is used for making an amazing variety of products such as paper, textiles, biodegradable plastics, and even fuel and oil. This piece of African architecture is partly powered by solar panels, passively cooled, heated, and ventilated. On top of this, the floors are made from sustainably-sourced cork, 85% of the furniture and cabinetry is made from hemp-board, and the greywater (such as water used for showering) and black water will be treated and recycled. The house also utilises reclaimed stone and eco-paints to prevent harmful off-gassing. And the rooms are also fitted with LED lamps that are low energy. The internal insulation is made from hemp and sealed with magnesium oxide boarding and the external walls made from “hempcrete”; Hemp that is specially dried to make it strong and tension heavy, using much less energy to produce than traditional concrete. 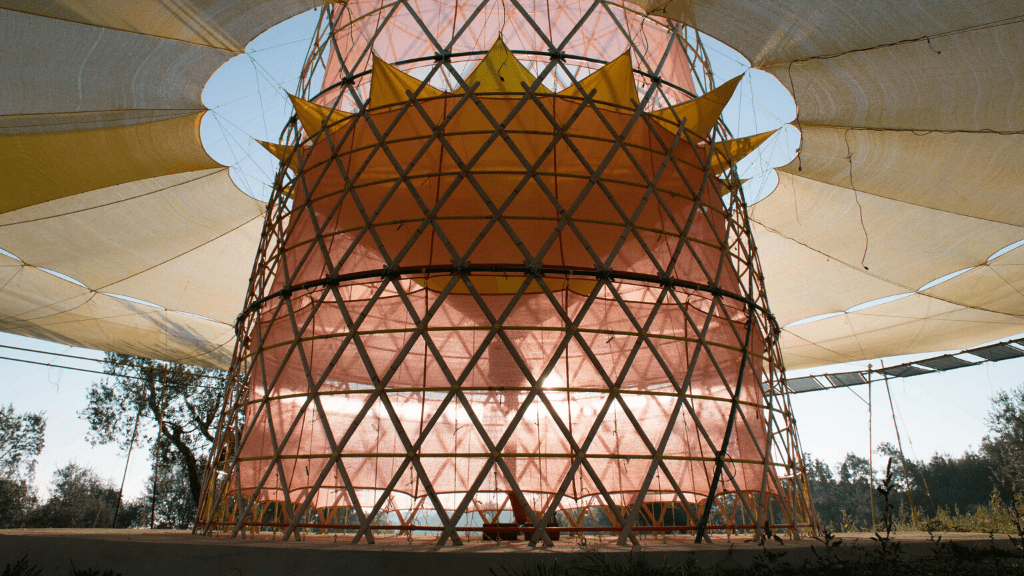 Designed by pioneering African Architecture and Vision company, the towers offer a much more affordable solution than drilling groundwater wells in Africa. Not only are they efficient and affordable but they are also easy to install, and the towers can be put together with recycled materials for a cost of around $550 and be easily assembled by only four people in less than a week. When these towers are assembled, they stand at a modest 30 feet high and can harvest around 26 gallons of drinkable water per day in its ingenious interior plastic pouch. This is a massive time saver that prevents women and young girls having to walk very long distances to collect clean drinking water. Thus, the social, as well as ecological benefits, are potentially groundbreaking in their utility, not just for Ethiopia, but for the rest of Africa and indeed the world, where climate change and droughts affect the social cohesion and health of rural communities.