It’s no surprise that a continent as wide, varied and diverse as Africa would hold some of the world’s most treasured people; from politicians to actors, there have been a number of fantastic and interesting pop-culture icons to come out of Africa’s seemingly quiet and mysterious nations. In fact, some of our most favourite actors and actresses have come from Africa, and now are popular the world over having been in some of this centuries newest, up and coming television shows and films. This article will look at the top ten African movie stars who have captured our hearts. 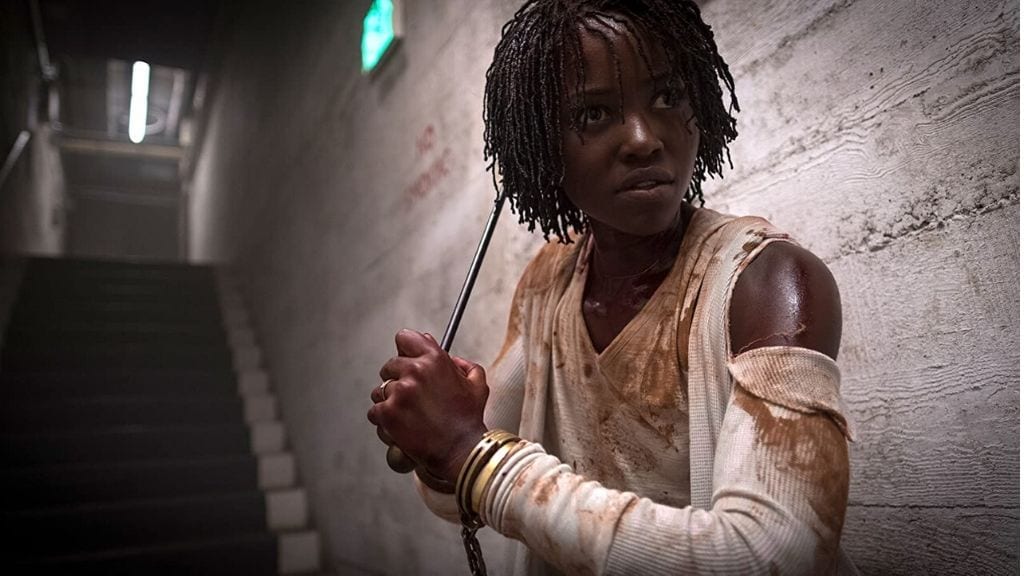 This Mexican-Kenyan actress has a number of accolades under her belt to date, including being the first Mexican and Kenyan to win an Academy Award. She has been nominated a whopping 34 times and won 22 awards for her work in the industry to date, with some big-name film projects on her resume including ’12 Years a Slave’, ‘Star Wars: The Force Awakens’, ‘Star Wars Episode VIII’ ‘The Queen of Katwe’ and ‘The Jungle Book.’ She is truly on track to become one of the most well-known and famous of the African movie stars in Hollywood in recent years. 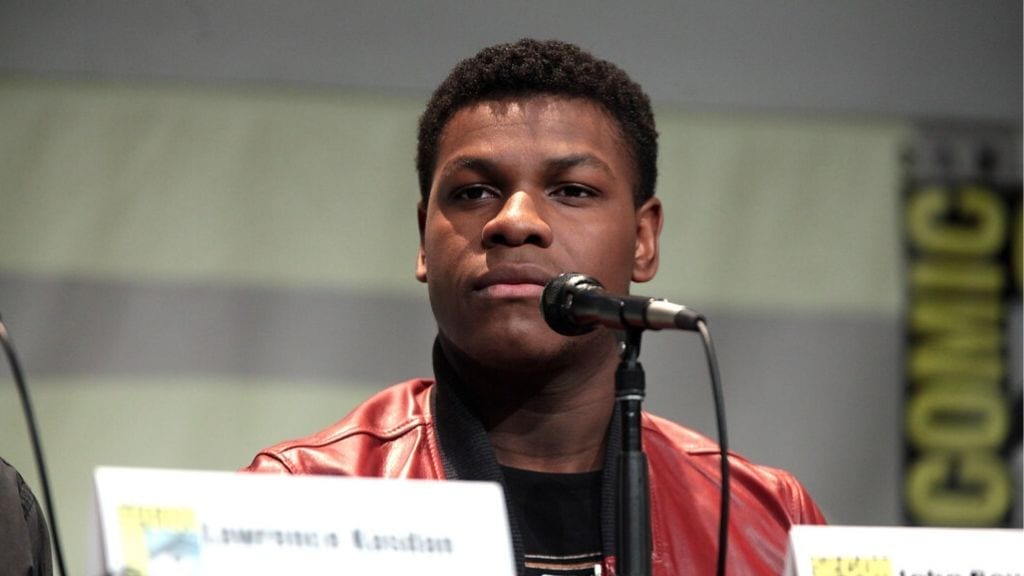 Another African movie star to be featured in the new ‘Star Wars’ franchise, John Boyega was born in South London to Nigerian parents. His filmography to date is impressive and includes ‘Live Another Day’, ‘Imperial Dreams’, ‘The Circles’ and ‘Junkhearts.’ He has additionally been doing work in theatre, on television and has done a number of voice overs in video games. His fame is only predicted to grow, as he is one of the major characters cast in the newest Star Wars series, and so we can expect to see him a lot more in Hollywood in the next couple of years. 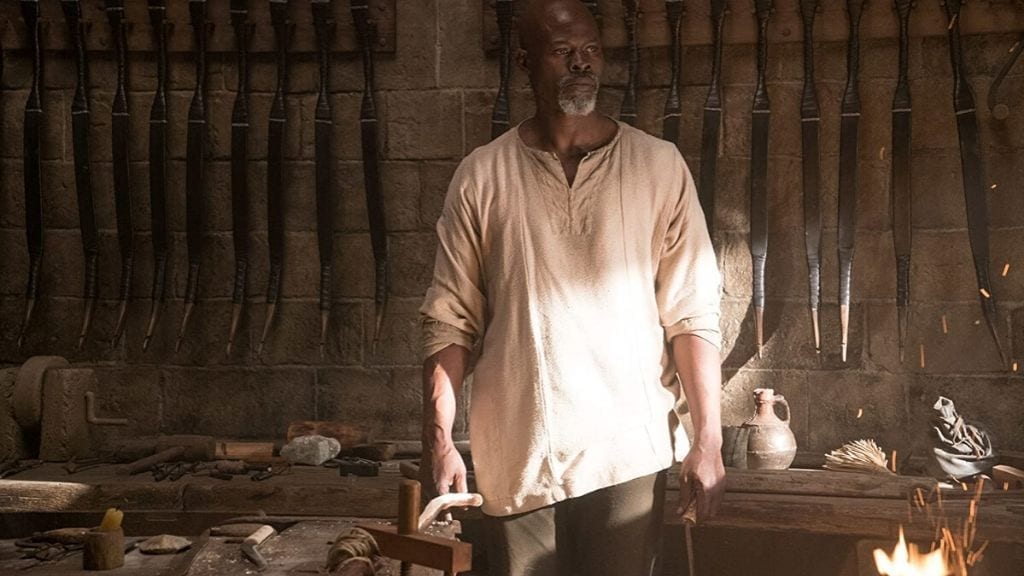 Born in the Benin Republic, but moved to Lyon, France with his brother at the age of thirteen, Djimon Gaston Hounson was soon discovered through a chance encounter with designer Thierry Mugler, which launched him into the career of men’s fashion modelling, which he did professionally starting in the late 80’s. In the early 90’s he moved to the United States, and landed acting roles in prolific films, such as ‘Blood Diamond’, ‘Gladiator’, and ‘Lara Croft: Tomb Raider’ to name but a few. This African movie star additionally has a long, impressive resume of TV roles, award nominations and award wins under his belt. 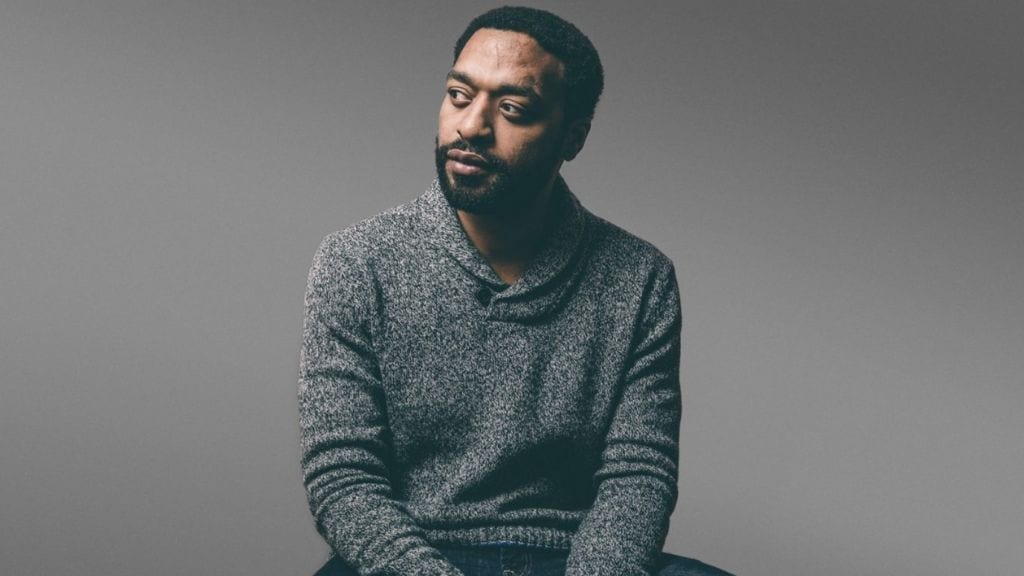 This Nigerian born, British actor has received numerous nominations and awards for his work in the arts, and was presented with an OBE in 2008 by Queen Elizabeth II, which was elevated to a CBE in her birthday honours in 2015. This African movies star made his acting debut in 1996 in the film ‘Deadly Voyage’, and soon followed it up with others such as ‘Dirty Pretty Things’, ‘Love Actually’ and ‘Children of Men’, amongst numerous others, on top of an impressive resume citing TV and theatre roles as well. 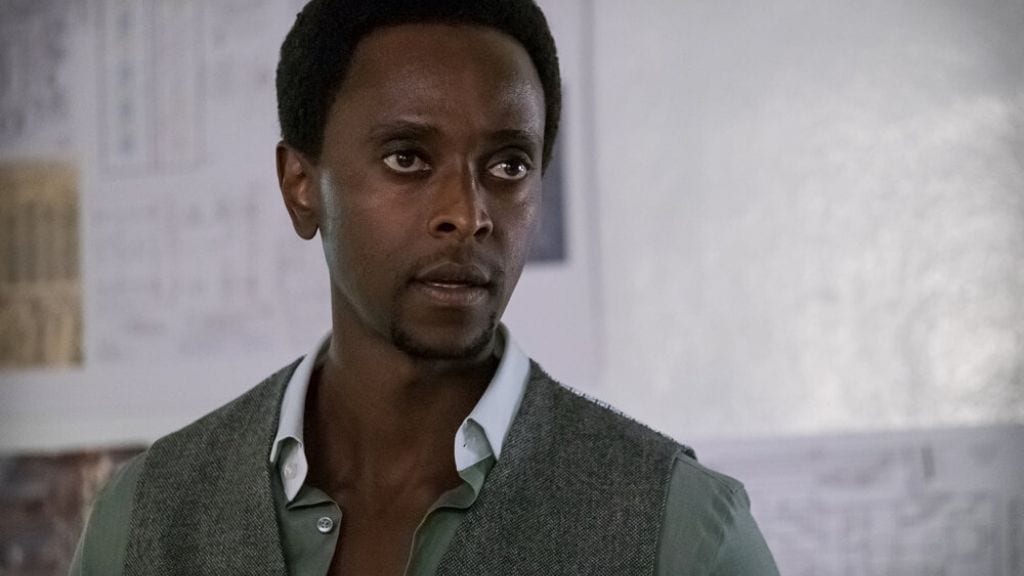 Born in the Eastlands region of Nairobi, Kenya, Edi Mue Gathegi moved to the United States to pursue education at the New York University, from where he graduated in 2005. This African movie star is known for prolific roles such as Dr Cole in the TV series ‘House’, and has been in other well-known TV shows such as ‘Nikita’, ‘CSI Miami’, ‘Transformation Awaits’ and popular films such as ‘Twilight’, ‘X-Men’, ‘Criminal Activities’, and ‘My Bloody Valentine’. With so many exciting projects that he’s involved in, we can expect great things to come from Edi Mue Gathegi. 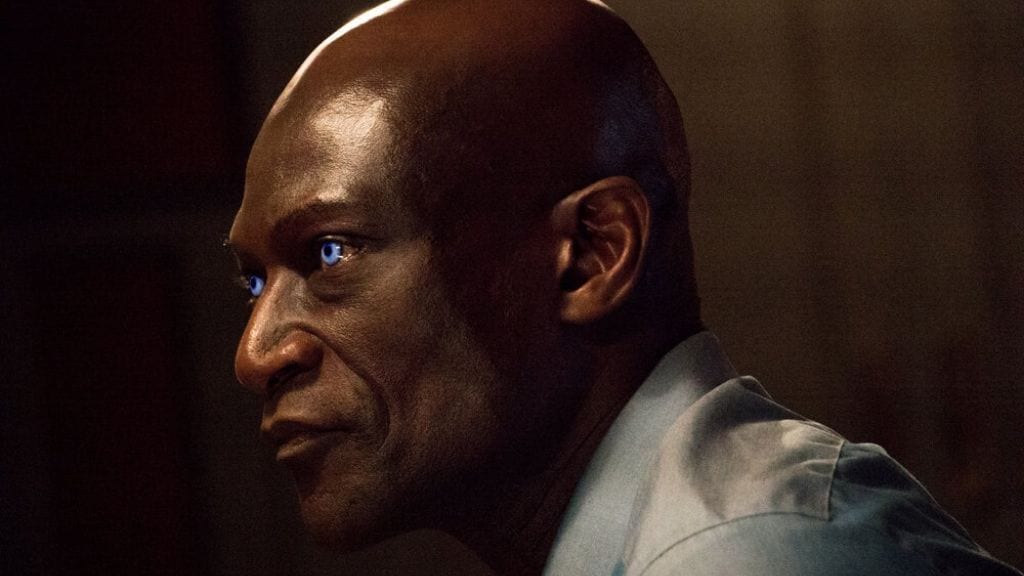 This African movie star was born in Ghana, but moved to England when he was young and then moved onto Canada where he currently resides. Some of his film credits include the Persian messenger in ‘300’ and other roles in ‘Tears of the Sun’ with Bruce Willis, ‘Avatar’, ‘The Incredible Hulk’, and ‘Bless the Child’. One of his most prolific roles on TV has been in ‘Spartacus: Blood in the Sand’, as well as all of the Spartacus sequels. He has additionally done several voice overs in video games, and starred in numerous other TV shows in his career. 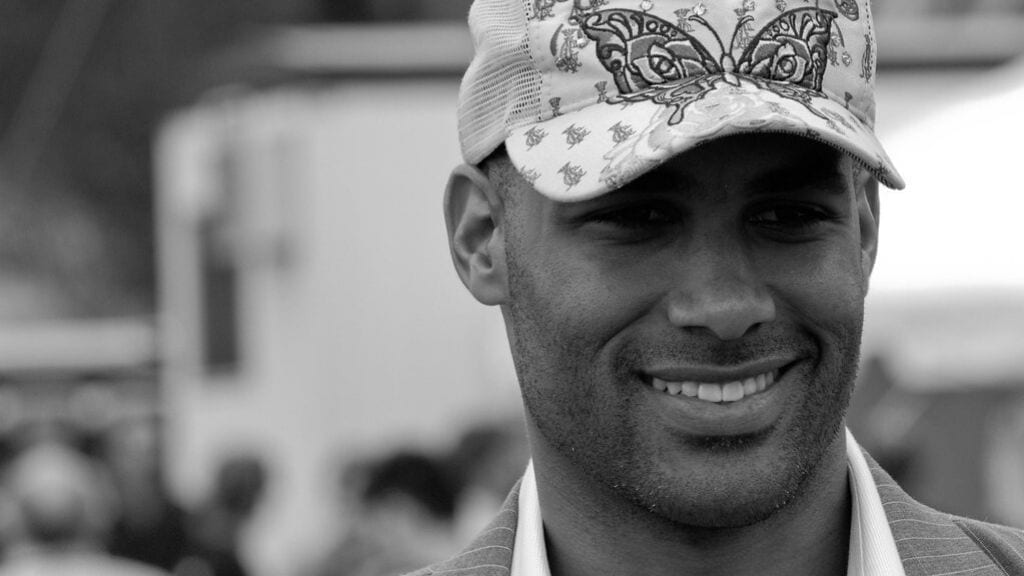 Boris Kodjoe, whose full name is Boris Frederic Cecil Tay-Natey Ofuatey-Kodjoe descends from the Nzema tribe in Ghana, where his father is from. His mother is Austrian-born, German-Jewish. Boris Kodjoe was formerly a tennis player and also a model, being named one of the 50 most beautiful people in the world in 2002 by People magazine. Some of the film credits of this African movie star include ‘Resident Evil: Afterlife’, ‘The Gospel’, ‘Soul Food’, ‘Undercovers’ and ‘The Last Man on Earth’. He additionally has done work on numerous TV series. 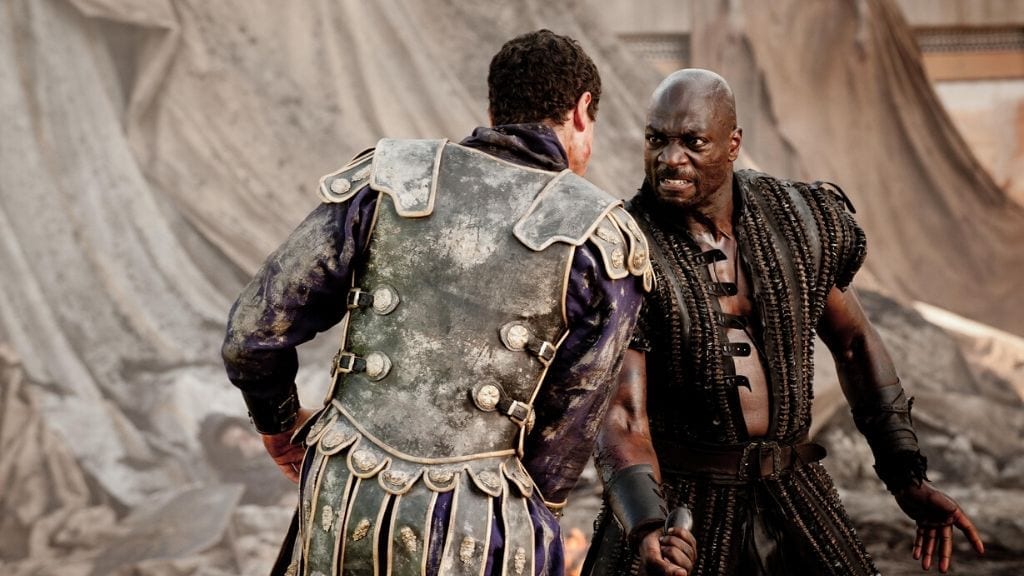 Perhaps best known for his role as deposed African dictator Nykwana Wombosi in the Bourne Identity, Adewale Akinnouye-Agbaje has a number of fantastic film and TV credits on his resume. On top of formerly being a fashion model, this British-born African movie star has starred in other prolific films such as ‘G.I. Joe: Rise of the Cobra’, ‘The Samurai’, ‘The Mummy Returns’, ‘Pompeii’, ‘Thor: The Dark World’ and ‘Suicide Squad’, along with numerous TV Series including season 5 of the worldwide hit ‘Game of Thrones’. 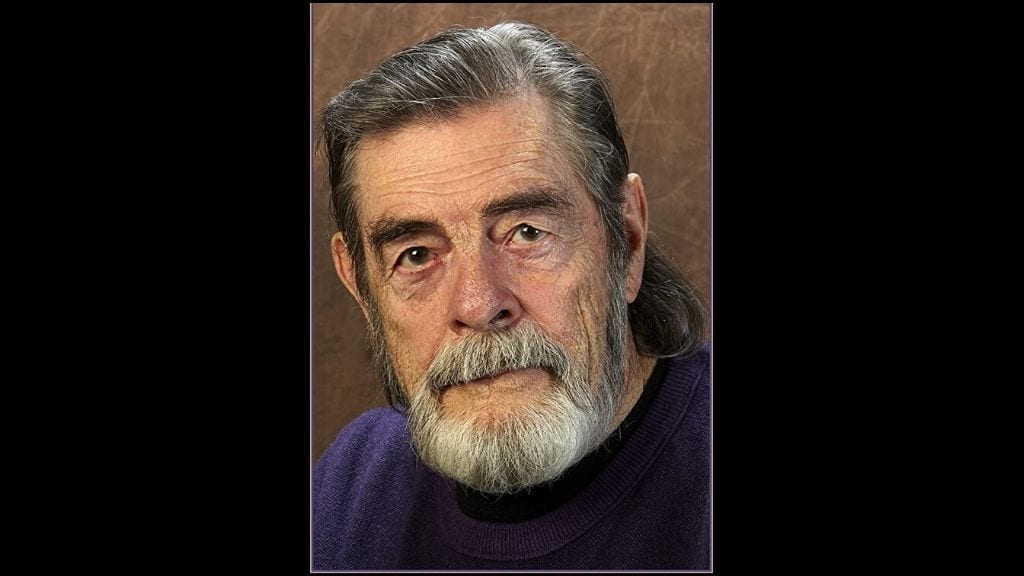 David Baillie has done the rounds in Southern Africa, including stints in Zimbabwe and Swaziland before moving to Britain. This African movie star is also known for his photography skills. Baillie has been in a number of well-known films including ‘Gladiator’, the entire ‘Pirates of the Caribbean’ franchise, and ‘The Son of Dracula’, amongst several TV series as well. 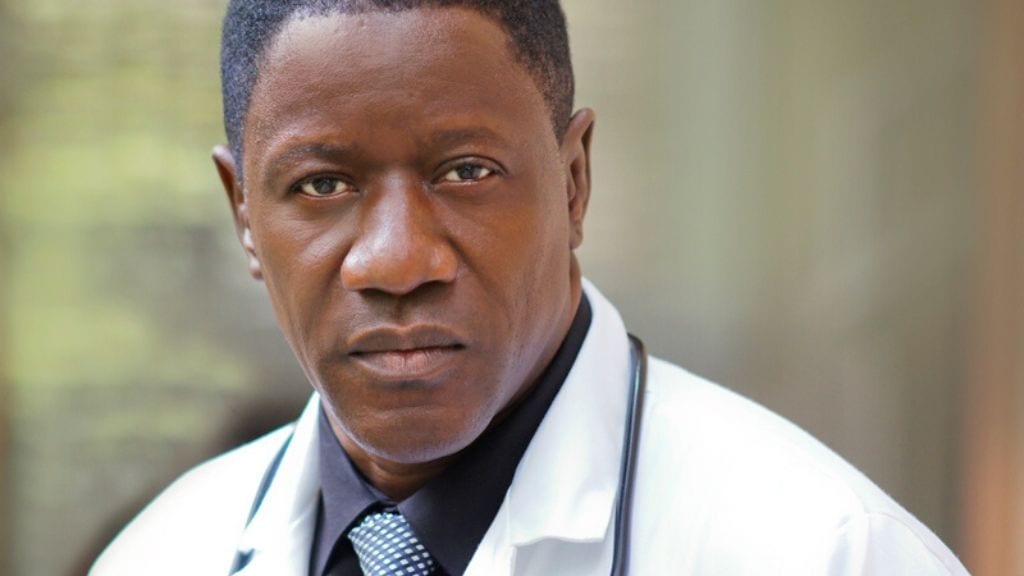 Being fluent in Swahili makes Benjamin Alfred Onyango Ochieng the go to man for Swahili speaking roles in Hollywood, which has an upside for this well-known actor, earning him places throughout Hollywood as both an English and Swahili speaking actor. With roles on popular TV shows such as ‘The X-Files’, ‘The Shield’ and ‘General Hospital’, the African movie star became widely known and gained parts in big name Hollywood productions such as ‘Inception’, ‘Tears in the Sun’ and ‘The Disciple’.