When you think of famous comedians, perhaps Africans aren’t the first to come through your head, but with some key names like Chris Rock and Trevor Noah having African heritage, it’s easy to see that African comedians are some of the best in the business. African people enjoy laughter, and things that bring joy to their lives, and laughter is always considered the best medicine. This article will feature a few of the best-known names in African comedy, so get your cheeks ready to hurt from laughter. 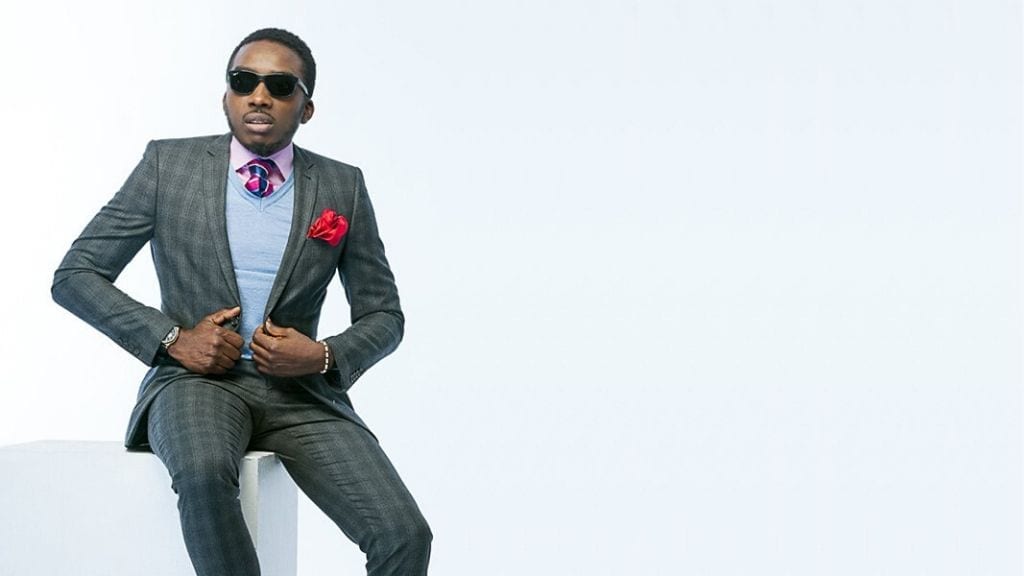 Born in 1979, Bovi is known for being a comedian, writer, actor, and director and is now one of the most well known African comedians and is considered one of the funniest in Africa. He started his comedy career in 2007 on the set of Extend Family, which he wrote, and produced. A year later, he had become so popular that he was creating numerous stand-up comedy nights across Nigeria and beyond. Now, a little less than ten years later, he has gained fame and recognition through numerous individual achievements and by partnering with other famous comedians. One of his most well-known shows is Bovi Man on Fire, which performs across the globe.

Considered an icon in African comedy, Daniel “Churchill” Ndambuki has been in the business since 1996, where he started with a few bumps in the road, namely being so poorly performing at his debut that he had the microphone switched off on him. Now, 20 years later, he is considered one of the funniest African comedians not just in Kenya, but all of Africa and hosts his own comedy variety show each Thursday on NTV Kenya, with millions of viewers, and is the highest-rated East African TV program. He is also the host of two other comedy shows, “Churchill Live” and “Churchill Raw.” Perhaps the most inspiring thing about Churchill is his never-give-up attitude and his perseverance, which has gained him one of the highest ranks amongst the growing list of African comedians. 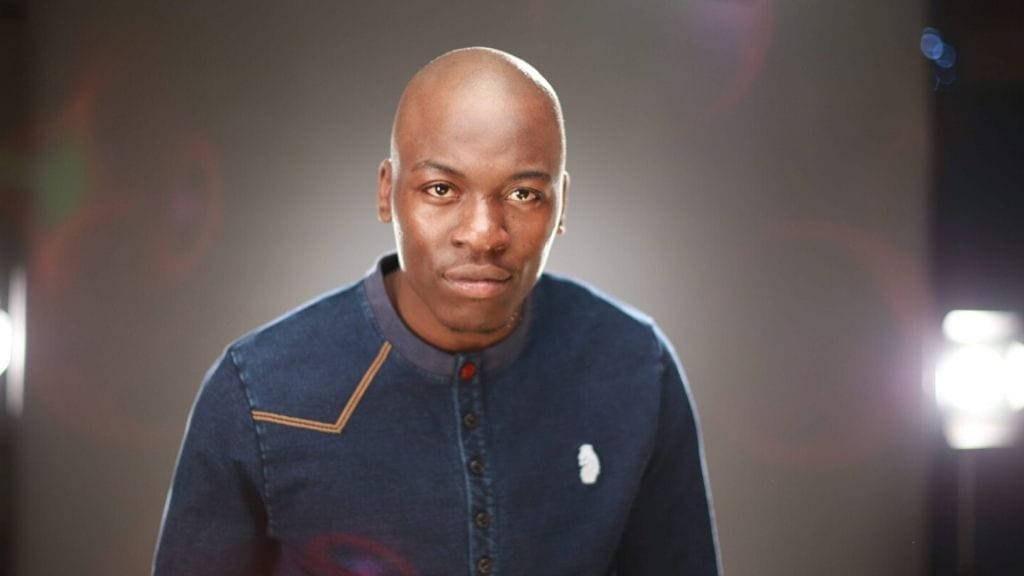 This award-winning, British-bred comedian uses his quick British wit and unpredictability to his advantage when doing comedy shows that are known to leave their viewers in pain with their laugh. His comedy has won him the BECA Award for the Best Comedy Newcomer when he was just starting out, and his hilarious antics have garnered him spots on the BBC’s Comedy Empire as well as in the films ‘Shank’ and ‘Gone Too Far.’ This African comedian has played sold-out shows in venues such as the O2 Arena in the UK, amongst others, and he also acts and is a musician. 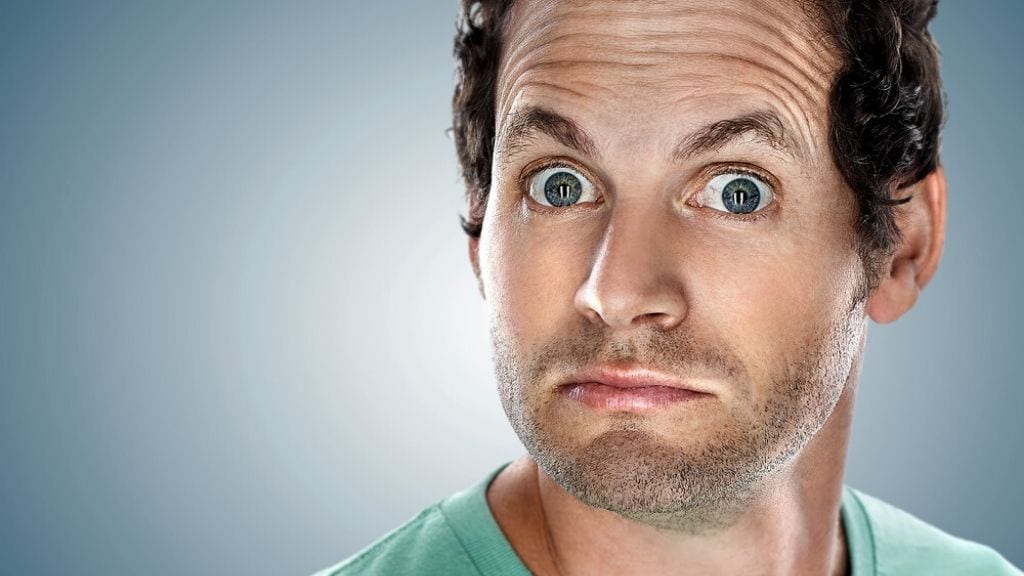 Nik is one of the South African comedians becoming quickly well-known throughout Africa and beyond as one of the funniest comedians in the industry. Having made a guest appearance on British TV panel show, ‘Mock the Week,’ Rabinowitz made waves as someone who is getting progressively funnier by the day, and now presents his own show, ‘The Week that Wasn’t.’ He obtained a business degree at the University of Cape Town, has appeared in locally made films such as ‘Material,’ by Riaad Moosa, and co-authored ‘The Youngsters.’ This African Comedian has additionally performed as an opening act at the Toronto South African Film Festival in 2014. 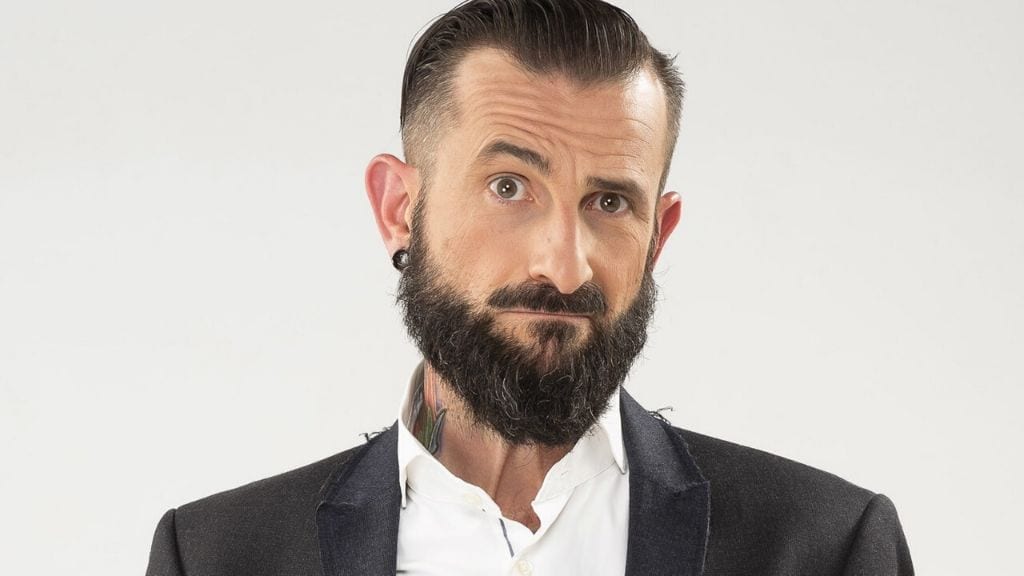 This controversial South African comedian is a favourite across the globe, including in Canada, where he was one of the finalists in the 2008 Yuk Yuk’s Great Canadian Laugh Off. He won the 2007 South African Comedy Award for best stand-up comedian of the year, and also appeared in the film ‘Outrageous’ in 2010 alongside numerous other South African comedians such as Riaad Moosa and Loyiso Gola. In 2014 he was part of Comedy Central Africa’s Roast of Kenny Kukene. His comedy, while hilarious, can be considered slightly offensive, and he is determined to tell the truth about society, regardless of who he offends in doing so. 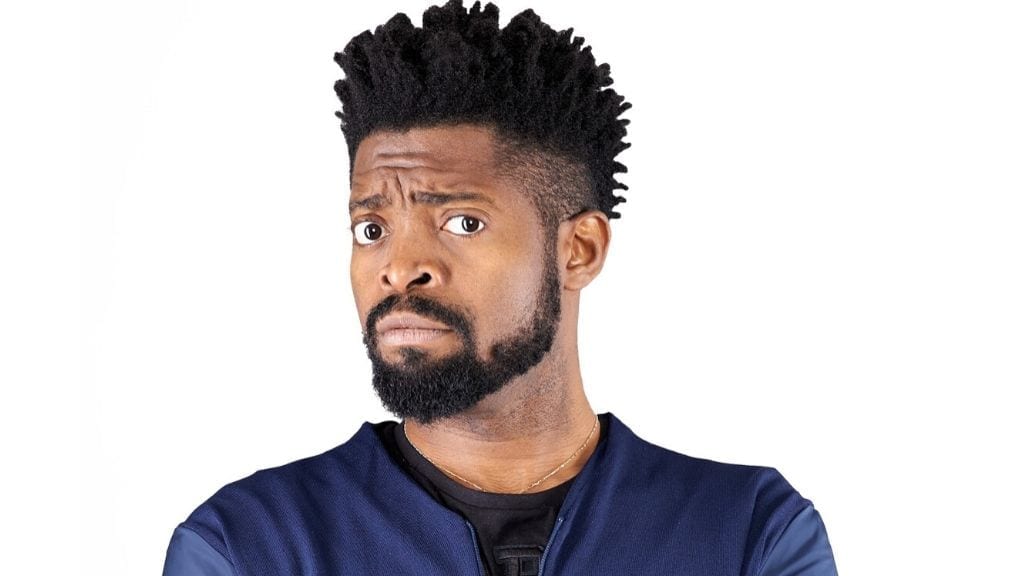 Basket Mouth is one of the most well-known and highest-ranked African comedians for a good reason. Being the first African to host a one-man show at the Apollo in London in 2010 marked Basket Mouth as one of the hottest comedians to come out of Africa, and he hasn’t stopped since. He has hosted ‘Basket Mouth Live’ at the O2 in London, as well as ‘Basket Mouth Uncensored,’ which ran for four consecutive years around the world. This African comedian has hosted 9 different shows in the UK and has also hosted ‘Comedy Central Presents’ in South Africa as well as ‘African Kings of Comedy,’ and ‘Nigerian Kings of Comedy,’ He is also a brand ambassador for Dana Air and telecom company Globacom.

Kansiime is one of the African comedians known for her internet shenanigans, which have garnered her a massive, viral following on social media, including YouTube, which has over one hundred thousand subscribers and over fifteen million views alone. She has been all over Africa’s phones in recent years, recording her exploits, and she has become almost a household name. She has won the African Entertainment Award for Best Comedian in 2015, as well as Rising Star – Comedian of the Year, YouTube’s Silver Play award, and the African Oscar Award for favourite comedian in 2015, amongst others. She has sold out shows in Harare, Kuala Lumpur, Lilongwe, and London, to name a few. There’s nowhere but up for Anne Kansiime. 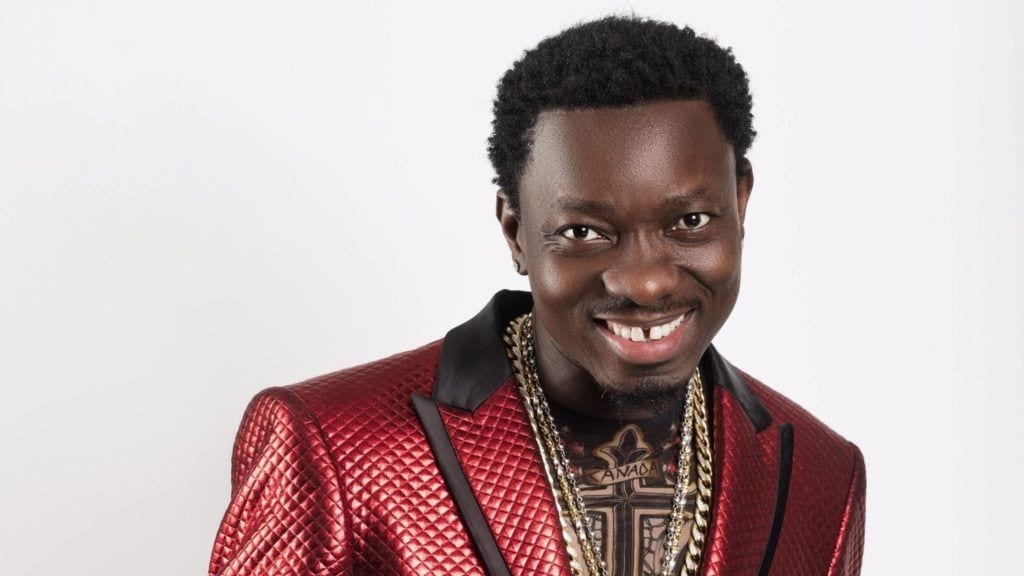 Blackson was inspired by African-American legend Eddie Murphy and has been making waves all over the continent as one of the funniest African comedians. He has also enjoyed international success, playing shows in many American cities, including at the USA Comedy Central Tour in Philadelphia, the Malt Liquor Comedy Tour in Valley Forge, PA, and the Urban Comedy Festival in New York City. His style of comedy is dry and often leaves his audience in fits of giggles. He is famously known as the African King of Comedy, and has been involved in a large number of televised comedy shows including BET’s Comic View Series, HBO’s Def Comedy Jam, Showtime at Harlem and Live in Hollywood. This African comedian has also been discovered by Ice Cube and invited to a reading of Next Friday. Keep an eye on this guy – he’s sure to be seen in a lot of upcoming stuff, both on and off the screen. 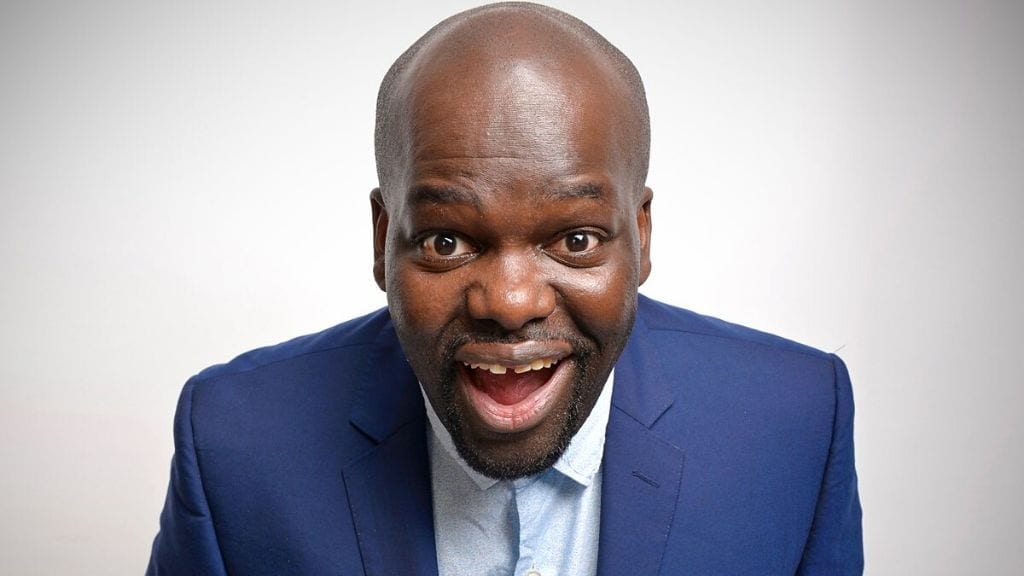 Chaponda started out in 2001 in Canada and has since become almost one of the legendary African comedians, often flitting from place to place and excursion to excursion on the hunt for new, vivid, and interesting material. He hosts an annual comedy show, ‘Laughrica,’ where he invites local and international performers to come and do a one night only show in Malawi. This African comedian is a prolific fiction writer and has performed at some of the world’s best comedy festivals, including Edinburgh and Montreal. 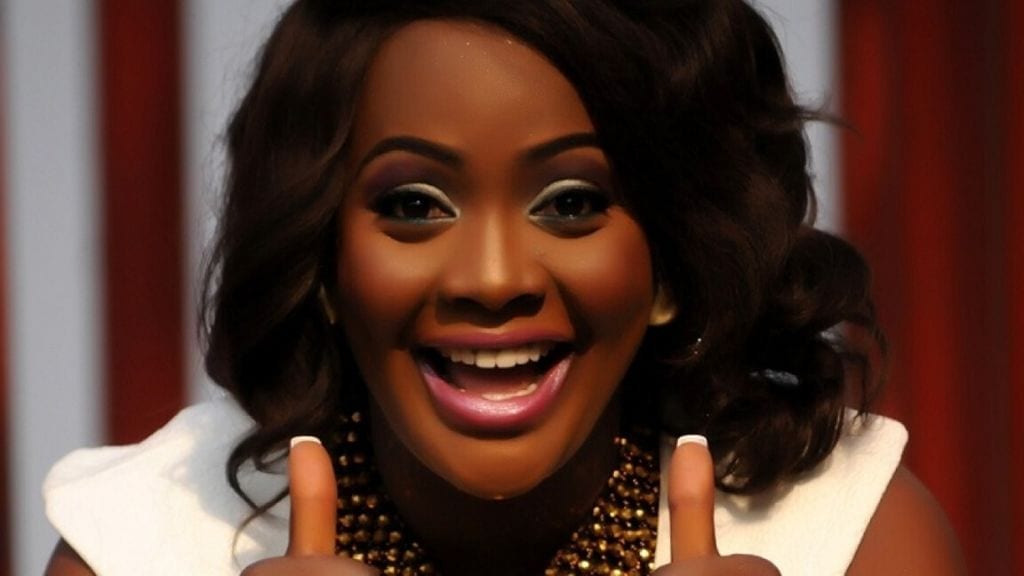 This comedienne, singer, and actress is known for her quirky and spontaneous style and has a talent for voice manipulation, which makes her ridiculously hilarious. She studied Theatre at the University of Lagos and has worked as a presenter for Lagos TV, Continental Broadcasting Service, and MNet. She first found fame on the radio as a character in radio show ‘Wetin Dey’, and her first stage performance was at her University in Lagos, where the comedian scheduled to perform cancelled at the last minute and she took to the stage and performed a fantastic show. Her debut musical album, “Welcome Party,” was released in 2012.