In Africa, the land so often proclaimed as “the forgotten continent”, a pseudonym referring to the general lack of knowledge about it from people who live in the “West”, a surprise to many people would be the number of African billionaires now emerging in the continent: a testament to the economic boom many African countries are currently experiencing. As of 2016, the number of billionaires stood at 24 across the continent. This article will take a look at the top 10 Billionaires from across Africa, based on their philanthropy, involvement in politics, and controversy as much as their wealth. Nigeria – particularly the capital Lagos – is becoming an African economic powerhouse, so it’s probably not much of a surprise that the richest man in Africa is Nigerian (and this also makes him the world’s richest black man). Dangote has an estimated net worth of $14.4 billion, and most of this comes from his 90% ownership of the publicly-traded Dangote Cement Company. However, this exceeds the 80% ownership ceiling set by the Nigerian government and stock exchange. 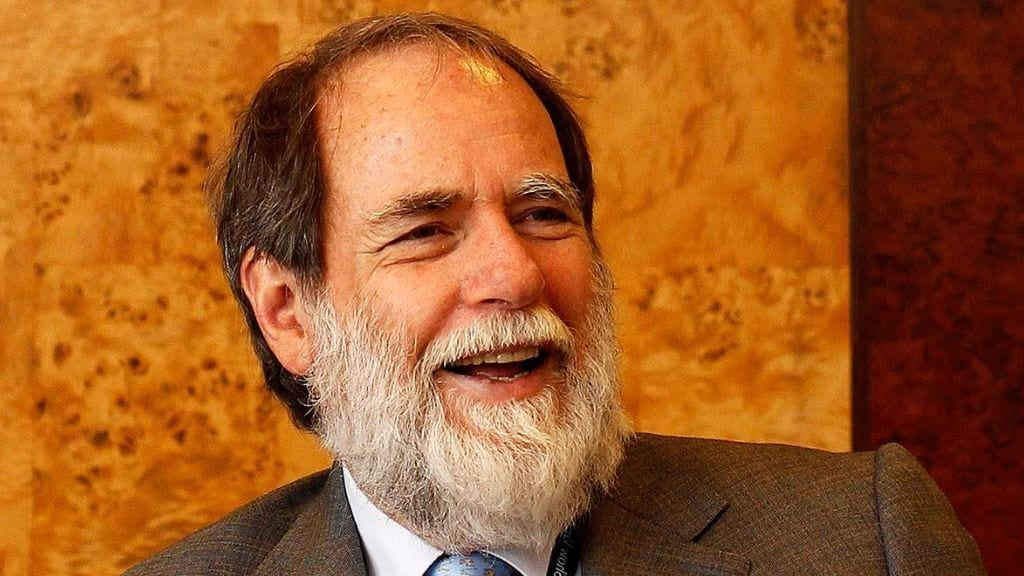 Oppenheimer has an estimated net worth of $6.6 billion, and this fortune has come purely from an inheritance, stemming from one of the largest diamond mining and marketing giants in the world, DeBeers company. However, rather than take over the company, he decided to exit the business in 2012 and sold his entire 40% stake to ‘Anglo-American’ for $5.1 billion in cash.
Since then, the 70-year old has dropped off the radar and kept a very low profile in public life. However, he is the richest man in South Africa and the second richest in Africa respectively. 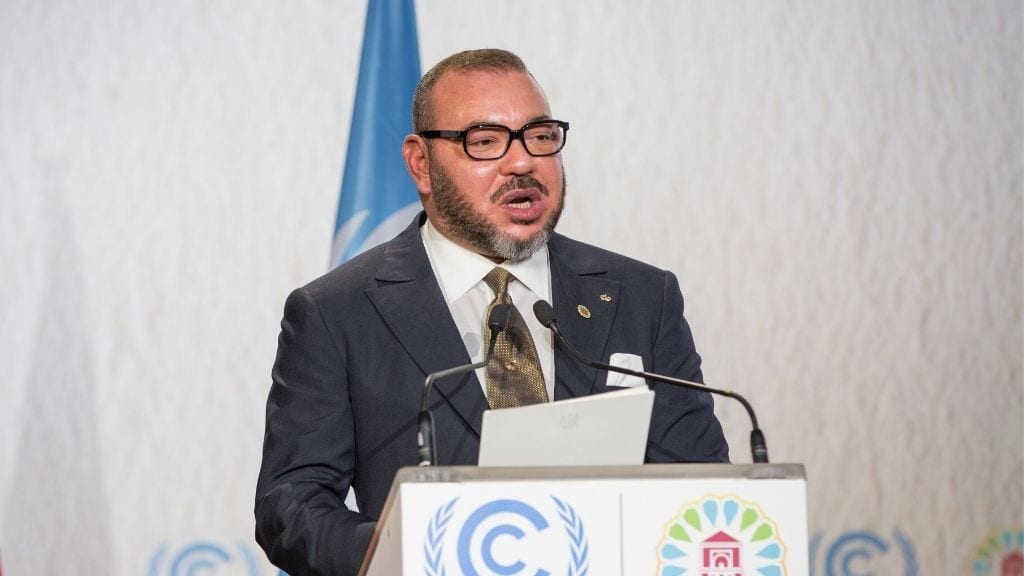 Inheriting a whopping 35% stake in ‘Societe Nationale d’Investissement’ (SNI) from his father King Hassan, the newly crowned king of Morocco now has an estimated net worth of $5.7 billion, making him Morocco’s first-ever billionaire, and Saharan Africa’s richest man. SNI is a holding company that stakes in publicly traded companies, the most prominent being the nation’s largest bank; Attijariwafa. But also, mining company Managem Group, the sugar producer Consumer and dairy firm Centrale Danone. Forbes claims the new monarch’s net worth is up significantly from a year ago due to “new information about the value of SNI’s assets”. However, King Mohammed’s fortune combined with his absolute powers has led to some discontent amongst Moroccans, and there are some signs that the monarchy could be abolished in Morocco. Although his younger brother – Nassef – is actually the richest man in Egypt, Naguib Sawiris is the more interesting of the two, due to some pretty fascinating philanthropy work, as well as his controversial dabbling in post-revolutionary Egyptian politics. Naguib was a founding member of ‘Free Egyptians’; a loose coalition of secular, liberal political parties that stood in Egypt’s elections in 2011-2012 after the toppling of dictator Hosni Mubarak. Although failing to win the elections against their opponent Mohamed Morsi, who became president from 2012-2013, they did not view Abdel Fateh Al-Sisi’s highly controversial yet successful bid for the presidency in 2014 as a coup d’etat against Morsi and instead supported and endorsed his succession. In September 2015, Naguib offered to buy an island from Greece or Italy to help settle refugees fleeing the ongoing civil war in Syria. His company – Orascom Telecom Media and Technology – issued a statement confirming that he had two privately owned Greek islands that would provide a great opportunity for this project. It stated: “We have corresponded with the owners and expressed our interest to go into a negotiation with them.” Naguib Sawiris has a net worth of $3 billion. 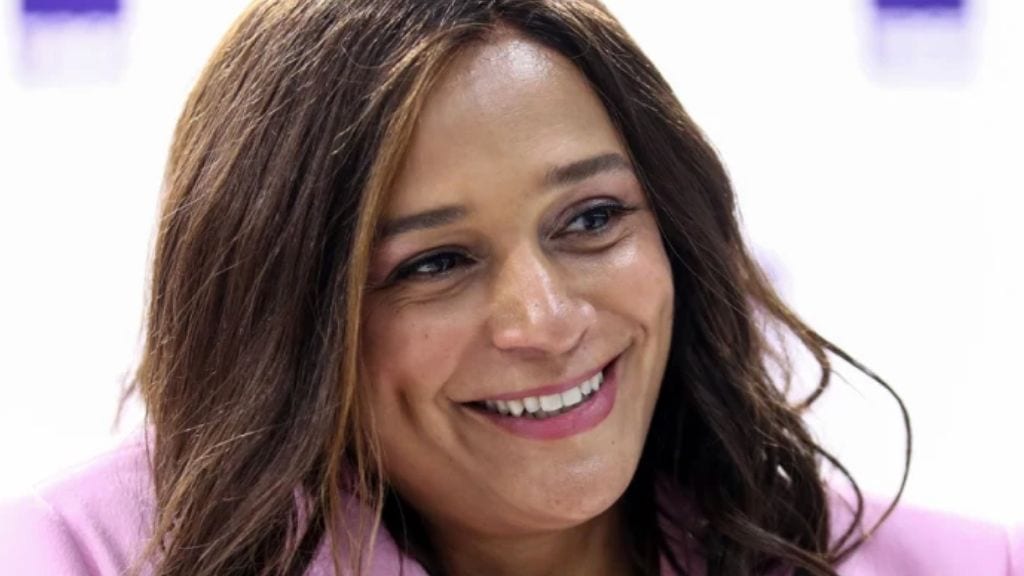 With a net worth of $3.1 billion, Santos is Africa’s richest woman. She is the eldest daughter of the Angolan president Jose Eduardo dos Santos and has amassed her fortune through investments in both Portugal and her native Angola. Forbes claims that her father transferred stakes in several Angolan companies to her, but her representatives deny this. Regardless, in Angola, she holds a 25% stake in Unitel, the nation’s largest mobile phone network, and another stake in the Banco Bic bank. In Portugal, she owns a 7% slice of oil and gas firm Galp Energia, and 18% of Banco BPI, which is Portugal’s fourth-largest bank. She is also a controlling shareholder of Portuguese cable TV and telecom firm Nos SGPS. However, this has not come without a large amount of controversy, as in October 2015 the European Parliament called for an investigation into her investments in Portugal, questioning their legality. In their statement, they claimed: “…the method of payment” – a transfer of funds by the Angolan government – “raises the possibility the Angolan State is indirectly and illegally financing private investments of his daughter Isabel dos Santos.” However, her spokesperson has denied any wrongdoing. 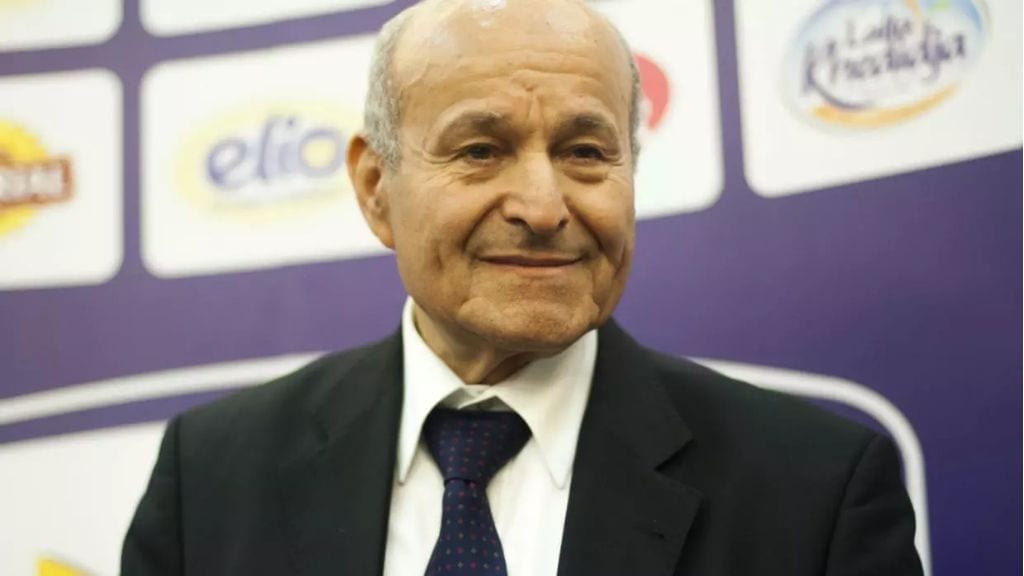 Rebrab is the son of militants who fought for the nation’s independence from French colonial rule and has founded the country’s biggest privately held conglomerate, CEVITAL, which owns one of the largest sugar refineries in the world, as well as producing vegetable oil and margarine. With a net worth of $3.1 billion, Rebrab has attempted to diversify recently by buying European companies that are in financial distress. For example, in 2014, he acquired Groupe Brandt – a large French-based maker of appliances that had filed for bankruptcy protection. Rebrab has claimed his country can compete with China’s cheap labour force, and Cevital has invested $200 million to build a Brandt plant in Algeria, which may create as many as 7,500 jobs. He has five children who also work at the company. 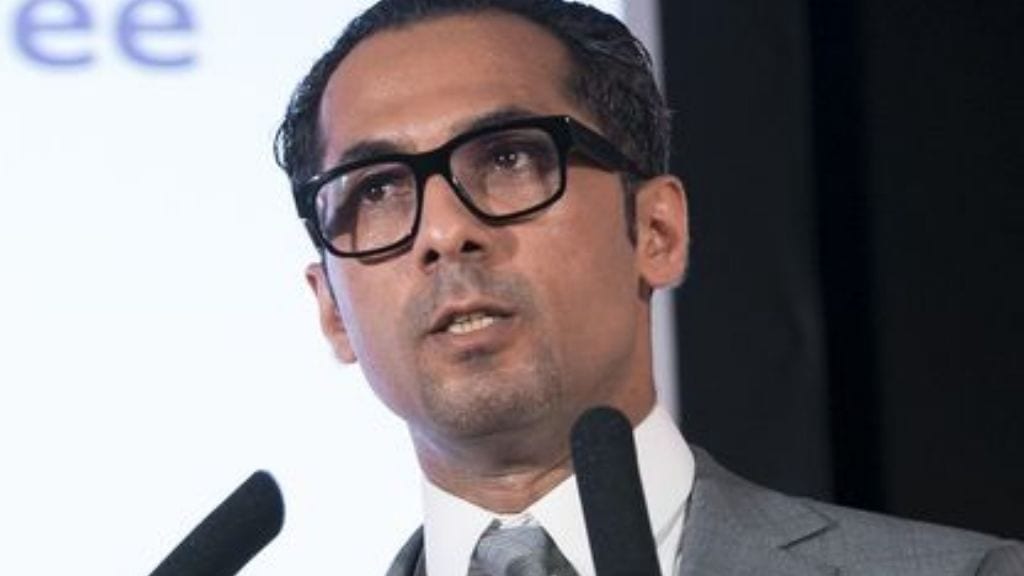 Dewji – at 40 years-old – is the youngest billionaire in Africa with a net worth estimated at £1.09 billion by Forbes, despite losing $200 million in the past year due to the declining value of the Tanzanian Shilling. Dewji’s fortune stems from a Tanzanian conglomerate that has interests in textiles, edible oils, and transportation, named the METL Group, which he is the CEO of. 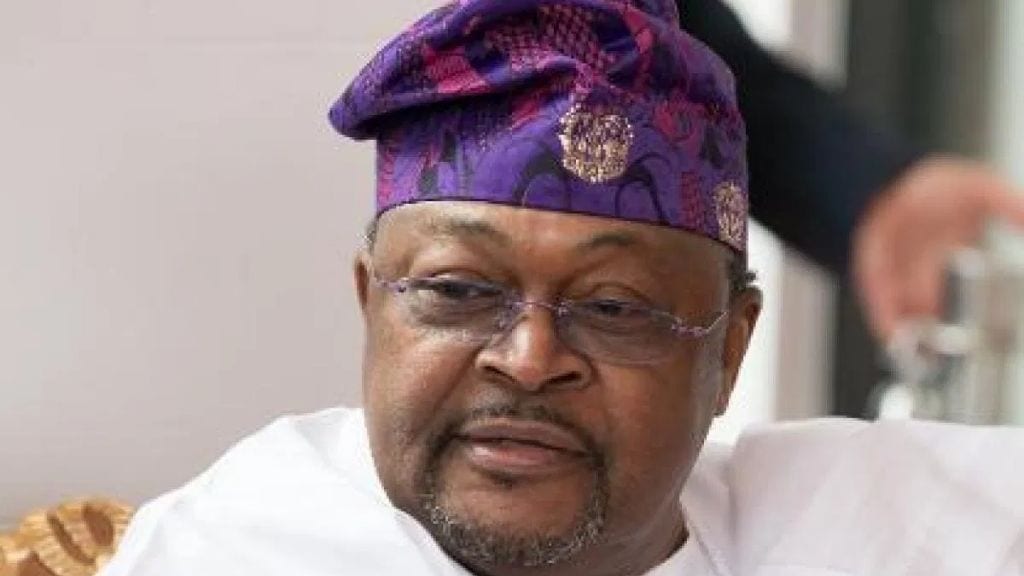 The second-richest man in Nigeria, and in all of Africa, Mike Adenuga is 2016’s biggest gainer by far, with a net worth of $10 billion, up from $4 billion in 2015. This gigantic jump is widely attributed to new information on the net value of his telecom, oil and real estate holdings. And if this lightning growth in his investments continues at this pace, he may surpass Dangote in a few years as the richest man in Africa. 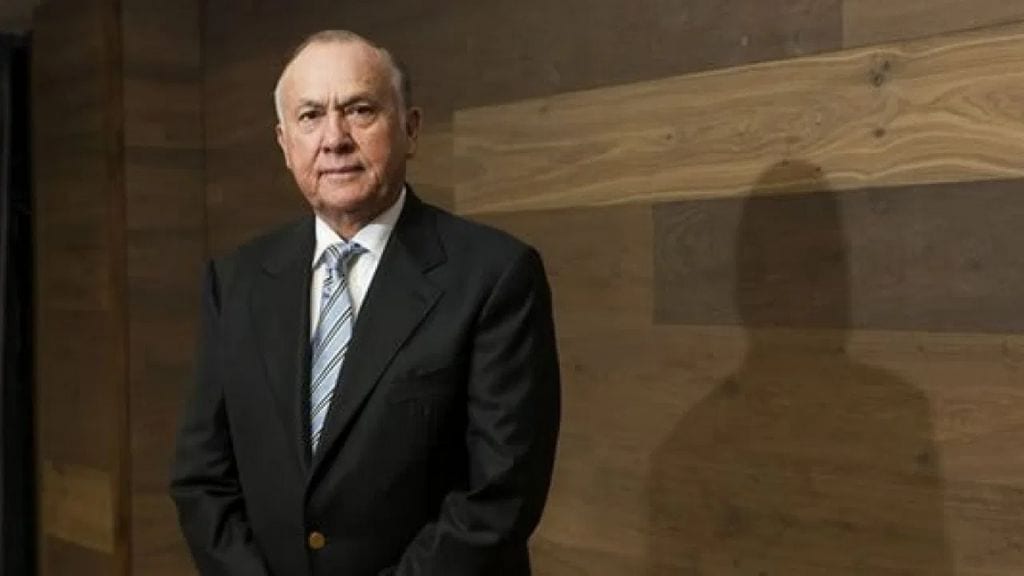 With a net worth of $6.5 billion, Wiese is South Africa’s second-richest man. The 74-year-old’s attention has been focused on the United Kingdom for a while, and last year he bought British fashion retailer ‘New Look’ for $1.23bn and a gym chain Virgin Active for $1bn. His biggest investment is Steinhoff, which is a retailer selling furniture and home goods. Wiese moved this listing from the Johannesburg Stock Exchange to the Frankfurt Stock Exchange in December 2015, reflecting his increasing focus on the European markets. He also has stakes in supermarkets, fast food outlets in 15 different countries, as stakes in the mining-sector investor Pallinghurst. 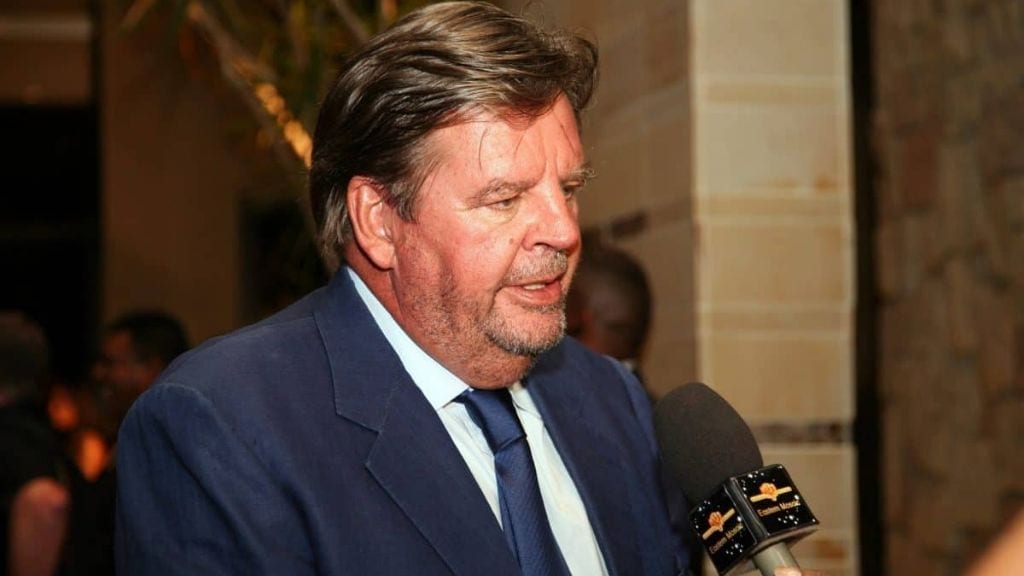 And finally, the last South African to make the list is 65-year-old Johann Rupert, who is currently the third richest man in South Africa, with a net worth of $5.3 billion. He is the chairman of the Swiss luxury goods firm Compagnie Financiere Richemont, which is widely known for its brands Cartier and Montblanc, and he part-owns Anthonji Rupert Wines, which is named after his late brother. Created in 1988 from spinning off some international assets owned by Rembrandt Group Ltd, a South African company his father Anton founded initially in the 1940’s as a tobacco manufacturer. Interestingly, he also owns part of the Saracens English rugby team.