10 popular Africans everyone whats to know about online

It’s no surprise that the African continent has brought about some of the most fascinating and well-known people, especially in recent years. Given some of the situations and events that have taken place in various countries across the continent, the interest (and sometimes infamy) of these individuals has meant that they are some of the most searched for people of African descent online. Here is a round-up of the top ten African names searched for online. 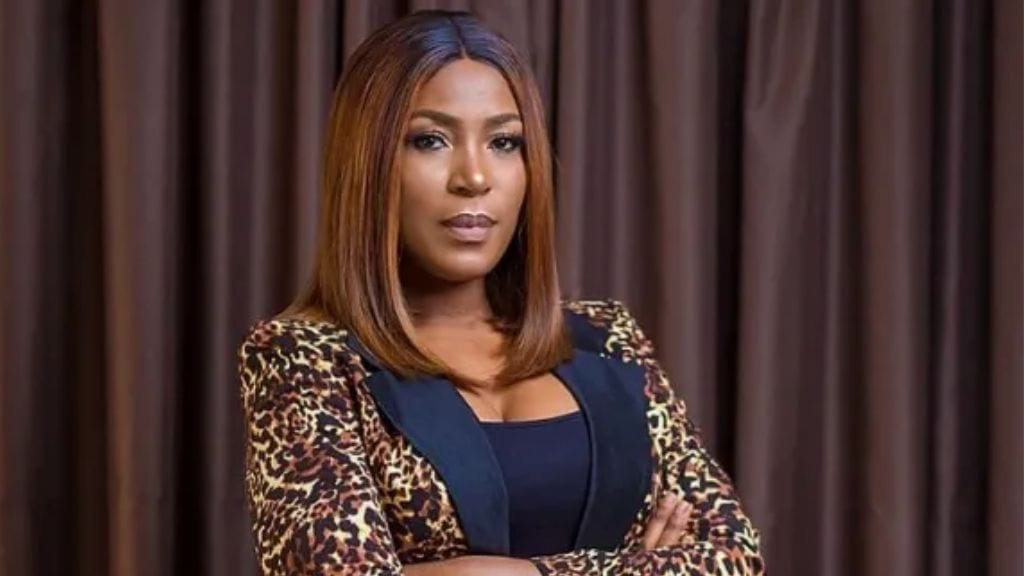 When it comes to prolific bloggers, Linda Ikeji is one of the best. She’s made a name for herself in the world of African bloggers by starting up a gossip-based website focusing on all sorts of news and exclusives from the celeb world as well as other avenues such as her own personal life and society gossip. Having started her blog in 2006 and slowly grown a dedicated audience over a period of years, she has managed to get her blog and following to a place where she manages to make thousands of dollars per month purely by selling ad space on her blog. She doesn’t just sell gossip on her blog though – she has used it as a fairly big platform from which she also focuses on effecting social change, and she blogs on key topics around the world. 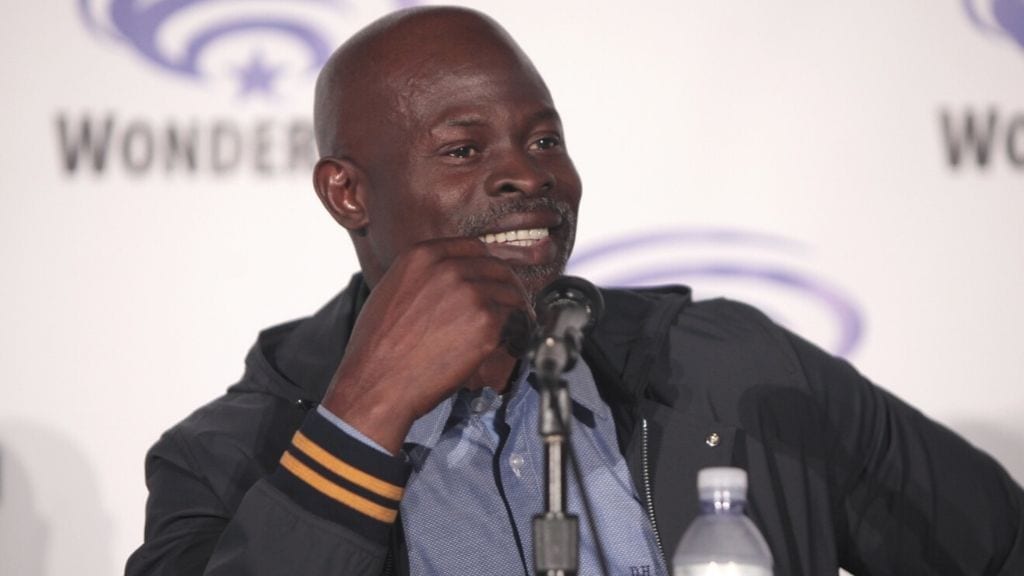 This American-Beninese actor is taking to the stage once again to develop and star in his own film documenting the native religion of his home country, Benin, which is voodoo. He hopes that this film will help to quash any negative stereotypes about the practice of voodoo and help educate people on the history and beliefs behind the sometimes frightening rituals, dancing and chanting. He says that many films throughout the yeas have painted voodoo in a negative image, and it’s time to change the way people see this religion what is native to many parts of Africa, having been brought to the Caribbean region by slaves during the slavery period in the Americas. 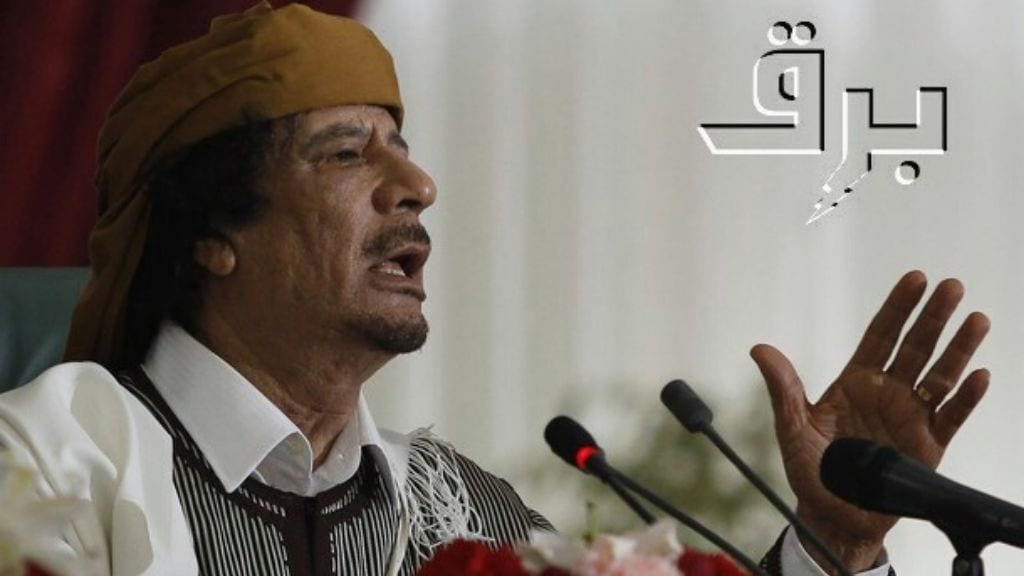 It’s come to light in recent months, namely since the Wikileaks treasure trove of emails being released in the autumn of 2016 during the US presidential elections in an attempt to discredit Hilary Clinton, that Muammar Gaddafi, the former leader of Libya had been assassinated not for humanitarian reasons as was previously insisted, but instead was killed as a result of something far more curious. This curiosity was that he was in the process of creating a gold-backed currency, one which would be free of the ups and downs and influence of oil markets and would outshine both the Dollar and the Euro. This could have created chaos in the western world which is reliant heavily on oil, and so they chose to eliminate the potential issue with this gold-backed currency, which Gaddafi wouldn’t have budged on. Interestingly, following his capture and death, international groups moved in and began to take control of the rich oil resources found in Libya. It also has been mentioned that Nicholas Sarkozy of France wanted to reconfirm their presence in North Africa, hence the seemingly sudden influx of international troops in the North African country. 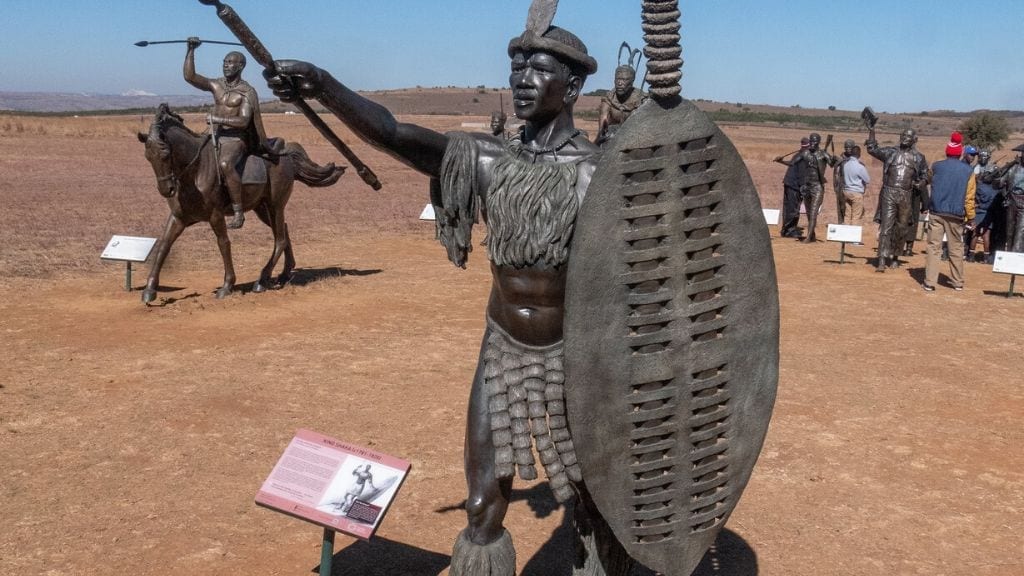 Shaka Zulu was one of the most prolific military geniuses in South African history, developing military strategies and techniques that would eventually help the Zulu peoples to fight against the British troops in 1879. His techniques for training his troops were sometimes overly strict and some of his methods could have been considered brutal and over the top, but it gained him success and notoriety as one of the greatest South African military strategists of all time. He showed incredible innovation for the time, including having children apprentice as warriors, helping to deliver supplies and food to the front lines to help them grow used to battle surroundings, helping develop them mentally and emotionally for war as they got older which helped to craft the perfect warrior with nearly flawless mental endurance. 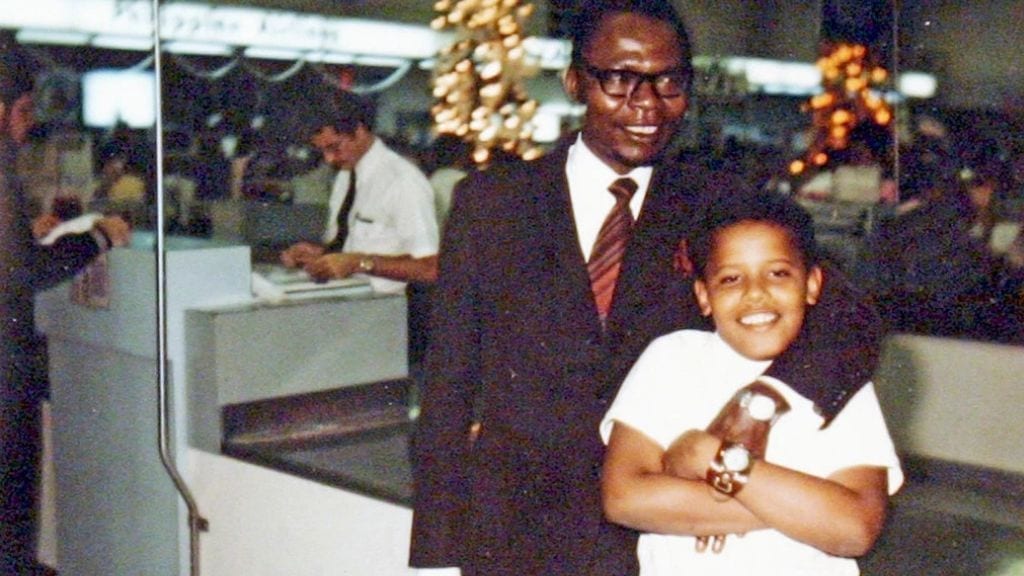 It’s come recently to light that a collection of letters written by Barack Obama’s father have been on hand at the Schomburg Centre for Research in Black Culture in Harlem, New York. These letters written between 1958 and 1964 help paint a portrait of the Kenyan born father of the future President of the United States and includes his transcripts from the University of Hawaii as well as Harvard University and even references. It tells the story of a self made man, intent on fulfilling his dream of studying in America, which as we all know, really helped shape the course of history. 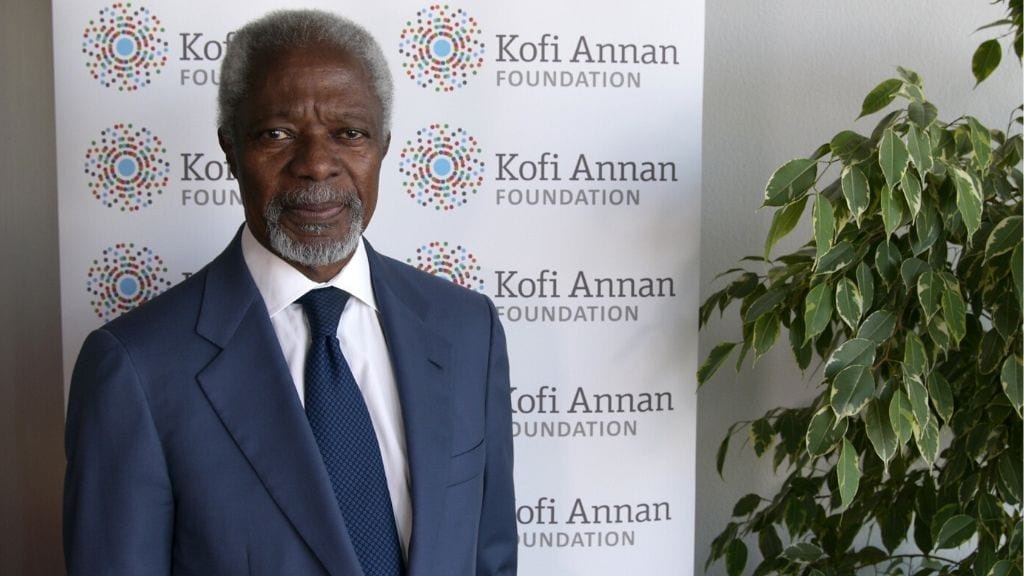 Kofi Annan has been in the news numerous times over the years after taking the post of Secretary General of the United Nations. This prestigious post meant that Annan was in the limelight over the course of roughly ten years as he sought to bring attention to the plight of HIV patients throughout the world, but most prominently Africa, as well as heading up a number of other development initiatives. Recently he’s been in the news after his interview at the Tana Forum where he discussed how aiding developing African nations in political turmoil has led to an increase in security, stating that now it’s road accidents and not violent, armed conflicts that pose the largest danger to people in Africa. 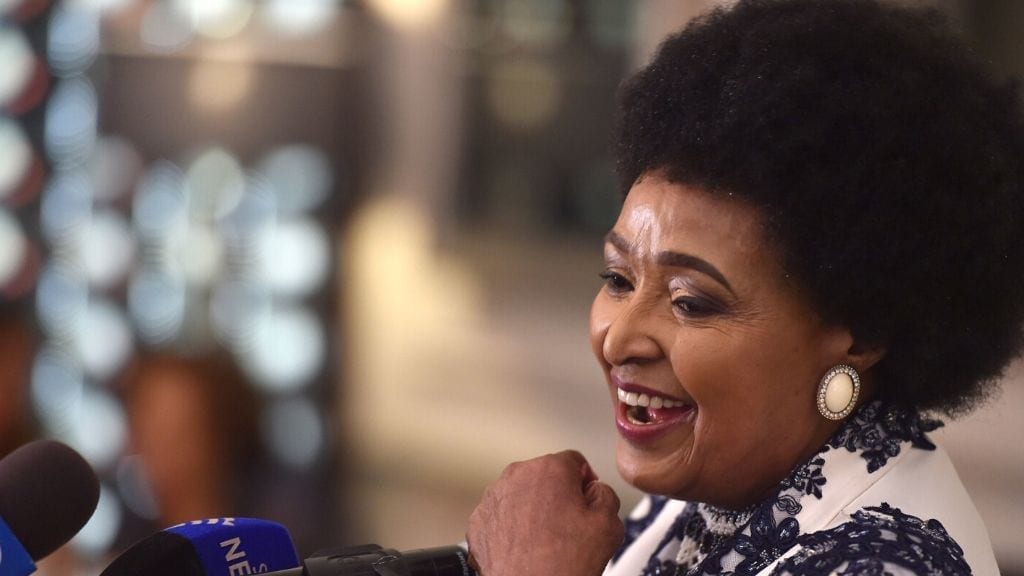 The wife of late South African leader, Nelson Mandela has been in the news lately due to her unfortunate health issues. People have been reading up on the continual health problems that seem to plague Winnie Mandela including her diabetes and back issues. A previous surgery on her back has ended up causing some complications for her, but due to additional issues with her diabetic condition, she’s been holed up in hospital for a long period of time awaiting a second back surgery to repair the complications. This second bout of issues seems to have come around the same time as a court ruling stating that she is not in fact eligible to inherit one of Nelson Mandela’s former homes in his home village of Qunu, due to the fact that he had left all his properties to his family, and she was not included in his will following on from their divorce in 1995. 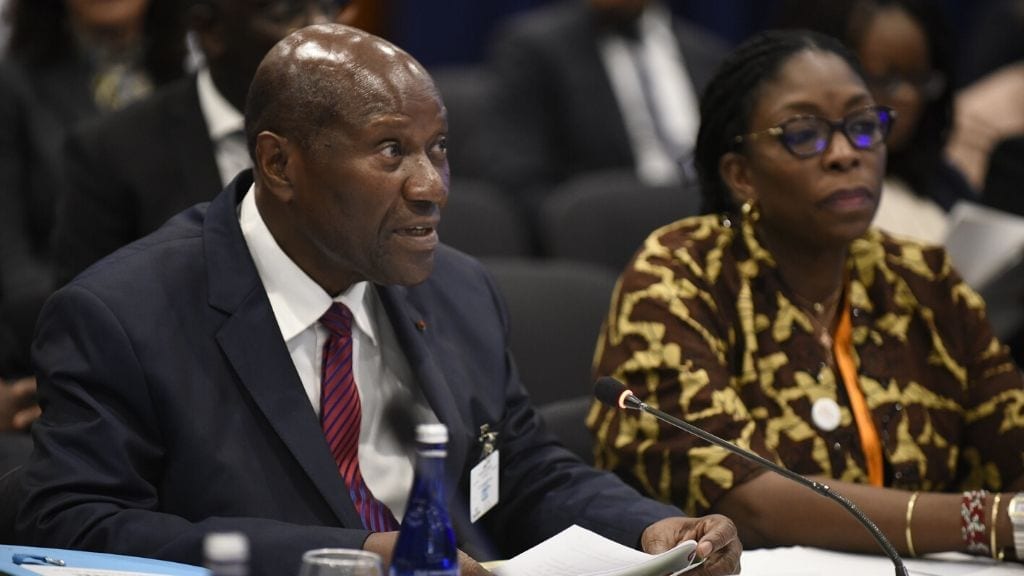 The richest man in Africa has been in the news over the last little while for a number of reasons that are piquing the interests of people online. Back in June of 2016 shares of his company, Dangote Cement, in which he has a 91% share fell by 2% costing him a hefty $3.7 billion. A small sum for this wealthy businessman, who is looking to sell his impressive home in Abuja in favour of a UK based property where he intends to have a look at buying internationally acclaimed London football team, Arsenal. He can enjoy some of his private jets purchased a few years back to the tune of $225million to shuttle himself to and from Nigera and London when he does close the deal on his new UK property. 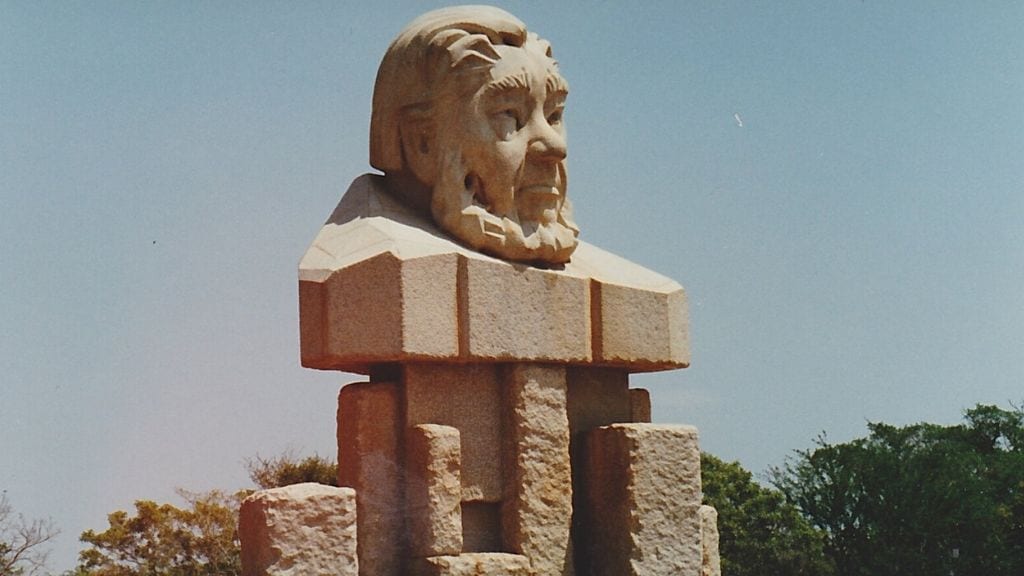 Kruger had grown up in Steynsburg districts of South Africa but eventually went with his father in the Great Trek of 1836 to the area which would eventually become Transvaal. They had left to try and establish an independent state. He eventually owned his own farm at the base of the Magaliesberg Mountains and following the death of his first wife and infant son he married again and had several more children, many of which died in infancy. He was eventually made Commandant General of the South African Republic, which was later known as Transvaal. He later became a member of parliament where he assisted in drawing up a constitution. As eventual Vice-President he played an integral role in negotiations with the British which allowed Transvaal to remain independent. He was such an integral part of Transvaal that he eventually had the Kruger National Park named after him. 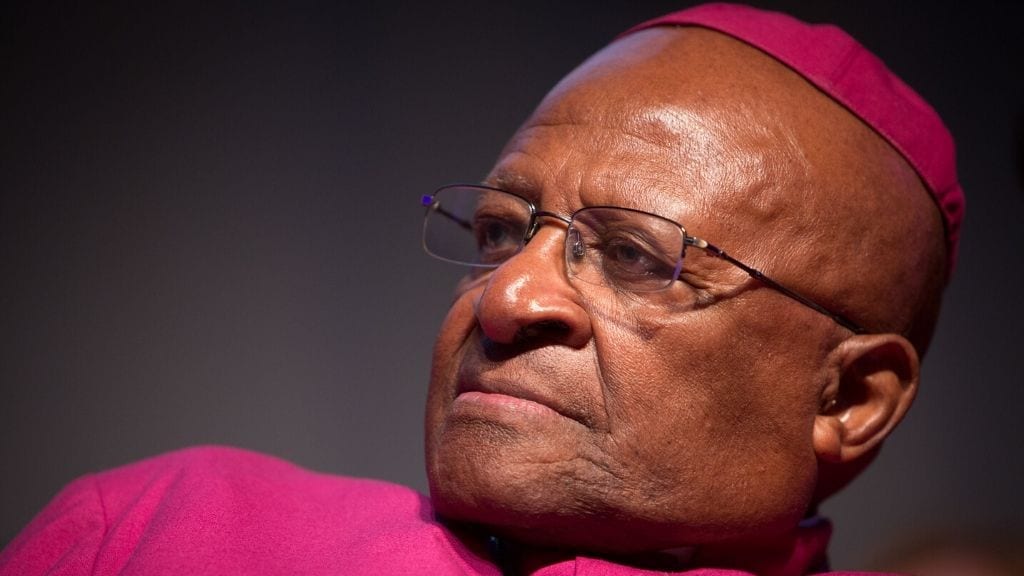 Desmond Tutu is a retired Anglican Archbishop who rose to prominence in the 1980s as a staunch opponent of the apartheid state at the time. He was the first black Archbishop of Cape Town and bishop of the Anglican Church of Southern Africa. After apartheid ended, he continued his social activism becoming a huge defender of human rights as well as using his prolific public stage to bring attention to the plight of victims of oppression in all its forms as well as those fighting HIV/AIDS, poverty, sexism, racism, homophobia (amongst other sex/gender based ‘phobias’), and tuberculosis. He was the recipient of the 1984 Nobel Peace Prize as well as for numerous other peace prizes including the Ghandi Peace Prize in 2007 and the Presidential Freedom Medal in 2009. He continues to this day to bring attention to the issues being faced across the world in a variety of situations.

Courtesy of Girls Not Brides/Flickr