Perhaps you are of African descent and are struggling to find authentic African names for your new born son, or perhaps you went to Africa and fell in love with it, and so you want to name your new born an African name? Or do you just want to know a little more about famous African kings, and the meaning behind their names? Whatever the reason, here is a top 10 list of boys names inspired by great African kings, and a little about their origins and meaning. 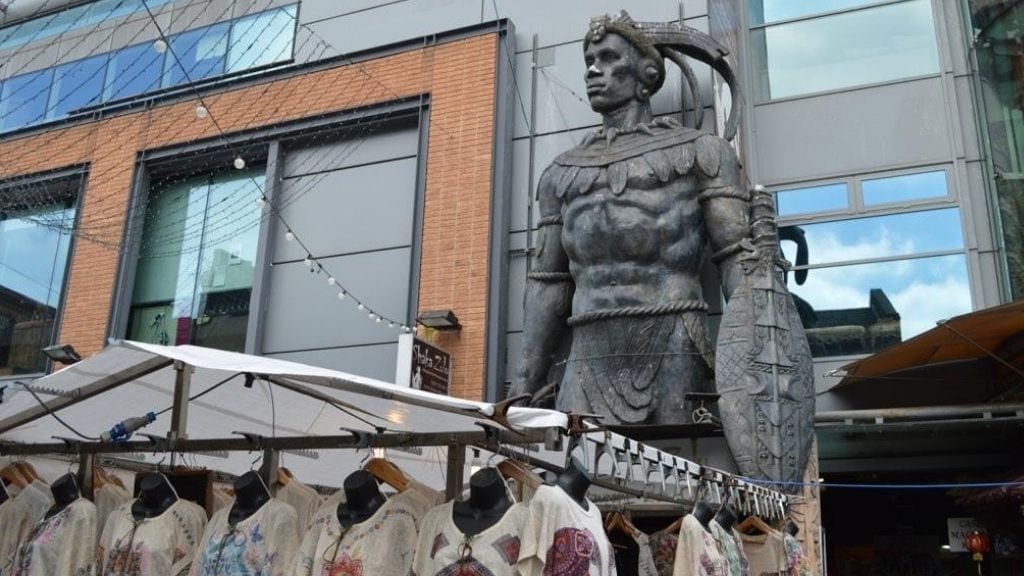 Shaka Zulu is the most famous of all the native Zulu people. He had a great vision to unite the entire Zulu Kingdom in the late 1700s, and he is considered the greatest of Zulu kings for this reason. He is known for advancements in military tactics and weaponry used by Zulu soldiers, with a particular focus on the famous Zulu spears and shields: The short stabbing spear was known as “Assegai”, and the larger shields he devised could protect his regiments from incoming spears being thrown at them. Due to these innovations, his army became a well-equipped and feared fighting force, and eventually he managed to complete his vision in uniting all of the Zulu Kingdom in South Africa. He has such a popular legacy that he even appears in computer games and has appeared in films and TV shows. Even Spike TV had a documentary on him, describing him as one of most “deadliest warriors” in history. 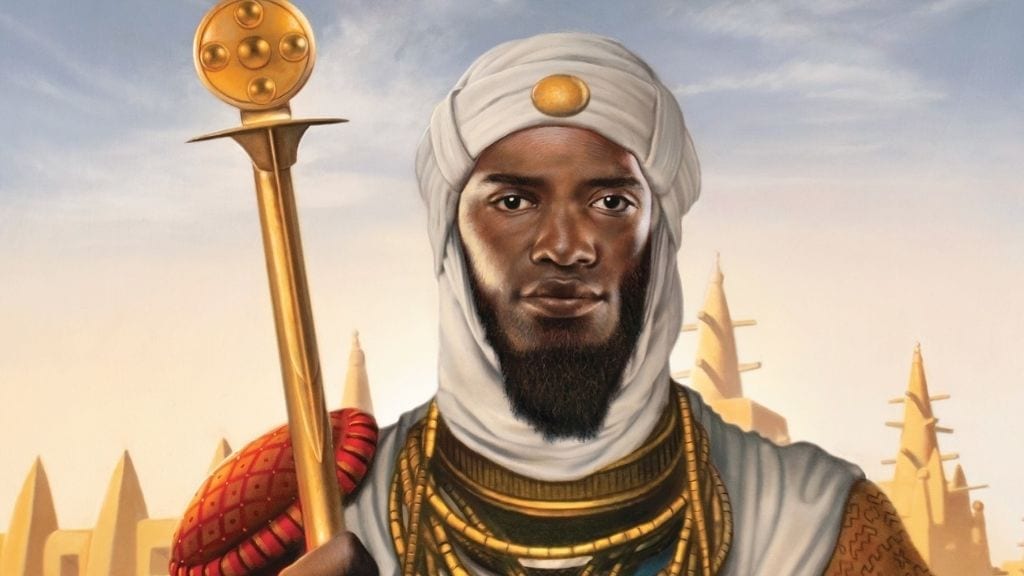 Mansa Musa was the ruler of the Mali Empire who was spectacularly rich: In his time, he was estimated to have a worth of $400 billion in today’s currency. This makes him the richest man in history to ever walk the Earth, making Bill Gates’ $80 billion worth today seem paltry in comparison! Mansa simply means, “King”, and “Musa” means Moses in Arabic. But just from his incredibly wealth, you can Mansa Musa was far from an ordinary king. During his reign – from 1312 to 1337 – he expanded the influence of the Mali Empire to encompass Timbuktu, Gao and Djenne, and was therefore considered more of an Emperor than a king. But aside from these great military conquests, Mansa Musa was a fantastic negotiator, economist, businessman, and amassed his fortune through Mali’s huge supplies of gold, salt and ivory, which were the main commodities for most of the world’s trade during that time. Mansa Musa also created a huge army that also acted as police force. It policed all the trade routes for his businesses. He was also instrumental in founding universities and libraries in Timbuktu, the building of palaces and mosques throughout the empire, and all in all, the Malinese Empire flourished under his rule in all areas of education, wealth and commerce, as well as military might and the rule of law. He is also famous for his extravagant pilgrimage to Mecca, where a mind-boggling 60,000 attendants followed, carried and protected him whilst he was sat upon a great golden chariot the whole way. He was said to have thrown pieces of gold to the poor whenever he went. As you can see, Mansa Musa is a true legend in African history, and whatever part of the name you go with; Mansa: “King of Kings”, or Musa, “Moses”, has a great and powerful significance. 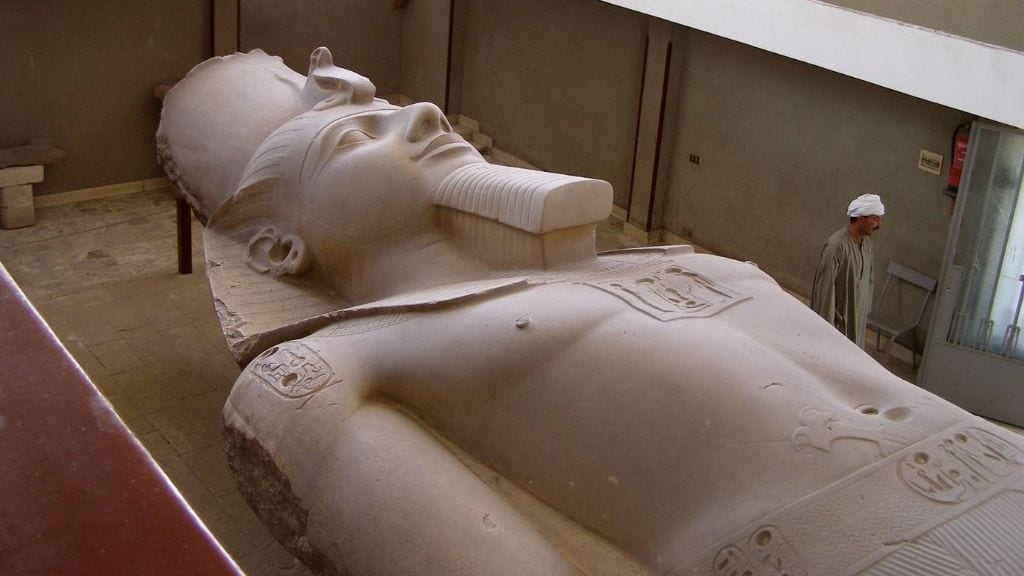 Ramesses means “Born of Ra”. Ra was the mighty Sun-God, revered above all others, as the supreme ruler of the Egyptian Pantheon. King Ramesses II is by far the most famous of the Pharaohs to take this name, and he was the third Pharaoh of the 19th Dynasty in Egypt. He is known as “Ramesses the Great”. He had an extremely long reign for the times, from 1279BC to 1213BC, ruling for 66 years. Even by today’s standards this is long for a monarch to reign. Ramesses II was known for leading several military expeditions into modern day Syria and Iraq (the Levant), and he reclaimed the territory of Canaan for Egypt, as well striking as far south as Nubia, which lie sin modern day Sudan. As Nubia looked like becoming completely over-run by Ramesses’ armies, the Queen Nefertari of Nubia wedded Ramesses to bring about peace between the two warring kingdoms. Although this was initially just a marriage based on politic motives, the two were said to eventually fall deeply in love with each other, and bought a 100 year war between Egypt and Nubia to an end. Ramesses built a temple for her at Abu Simbel as a grand testament to his love for her. Every ruler of Egypt after Ramesses referred to him as “Great Ancestor” – a testament to his legacy. 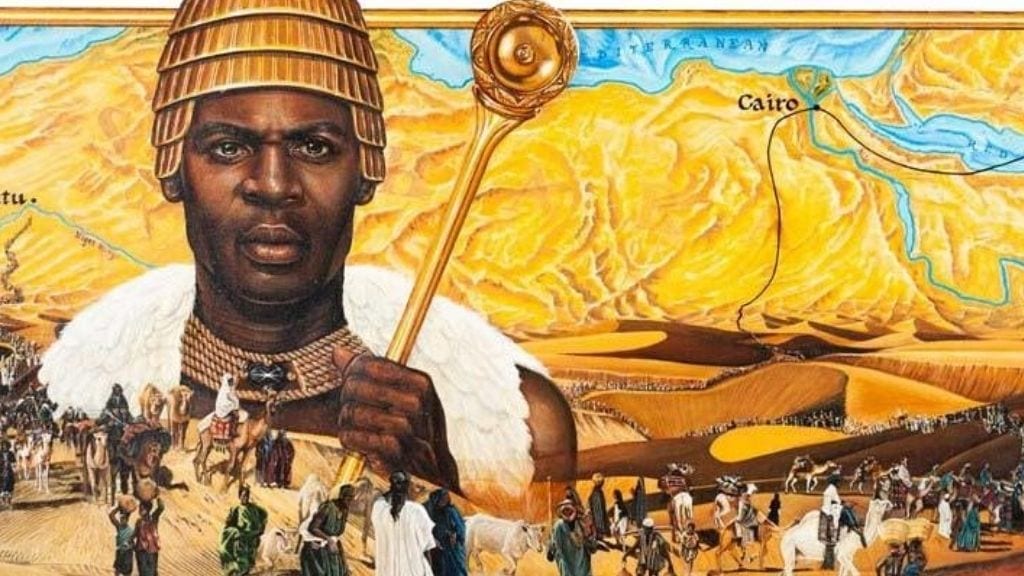 Tenkamenin was the greatest king of Ghana who reigned from 1037Ad to 1075AD. He is known in particular for starting the gold trade routes across the Sahara, which lead to increased commerce throughout the continent. As such, his Kingdom became very affluent. But unlike many other kings at the time, he was not obsessed with amassing a fortune at the expense of the poorest people he ruled over. In fact, he was known to ride a horse everyday to go and listen to the people’s problems within his kingdom. He was much-loved for this by his people, and had a sense of justice to the extent that he created a type of forum for his people to raise concerns and problems, but also listen to them on how they think the problems should be resolved, before giving his advice and passing laws and judgements. The name Tenkamenin is thought to translate roughly as “King of Ghana”. 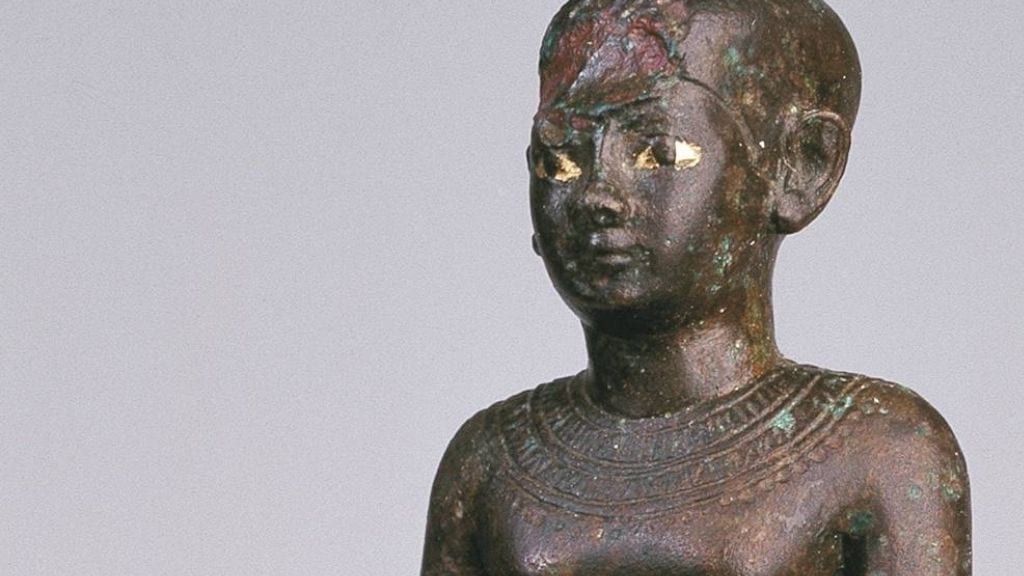 Imhotep was an Egyptian who was chief-advisor to king Zoster in the Kemet’s third dynasty. Described by some as one of the most underrated kings in Africa, Imhotep was somewhat of a genius, especially for the time. He was exemplary as an architect, astronomer, a physicist, a philosopher and a poet. His architectural ingenuity was so advanced that he was behind all the great design works and engineering projects that took place in Egypt, including the step pyramid and the Saqqara complex. His achievements was so great it earned him numerous titles and honours. In addition to all that, he is also believed to be the author of the famous book, Edwin Smith Papyrus: This is a book with over 90 astronomical terms with 48 healing processes for different injuries. As a testament to his legacy, he was given the name Ascelipius, which literately translates to “Medicine God”. According to some, his tomb still lies in Memphis, and is said to cure any illness a pilgrim takes there. Imhotep means “The one who comes in peace” in Ancient Egyptian. 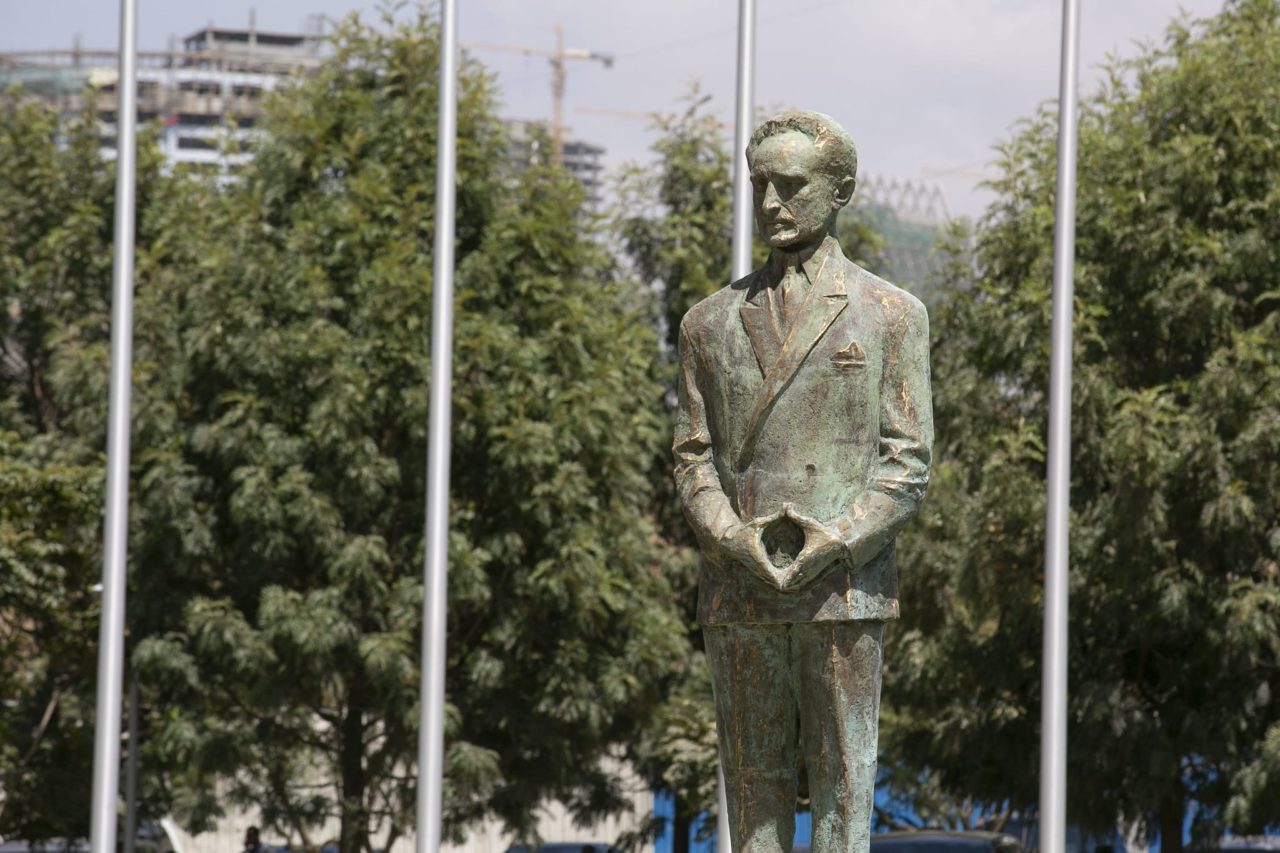 Few African rulers have ever had such an influence on the world as Haile Selassie, who was the Emperor of Ethiopia from 1930 up until 1974. He was the last ever Emperor in Ethiopia before it became a democratic republic, however, he claimed he was a direct descendant of King Soloman and the Queen of Sheba, and thus was revered by many as the prophesied incarnation of God, from the Bible. This lead to the modern day Rastafari movement who saw him as an incarnation as God. The Rastafari movement was made famous through reggae musicians such as Bob Marley, and today has around 500,000 members, many of which live outside of Ethiopia in the Caribbean. Haile Selassie means “Light of the Trinity”. 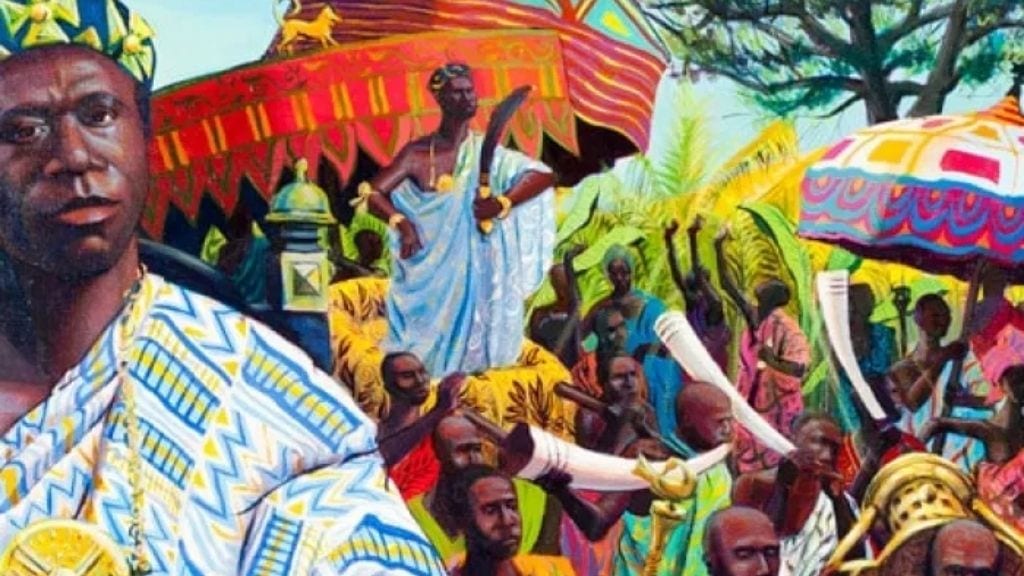 Tutu lead the powerful western African kingdom of Ashanti, from 1660 to 1717, over an area of what is now modern day Ghana. He was known as a wealthy and powerful ruler, and was one of the first rulers in Africa to upgrade his military with firearms. The source of wealth for Tutu came from trading vast salt and gold deposits found in their region across the traditional African trading routes. Tutu was initially just a chief of a small Akan city-state, called Kumasi. However, over time he rose in prominence and united all other Akan groups under the infamous “Golden Stool”: The Golden Stool was considered to contain the heart, soul and power of all the Ashanti people. He managed to conquer several neighbouring states in his time, and expanded to Ashanti’s power in the region significantly. This lasted until the British came and demanded the Ashanti turn over the Golden Stool to them, so that the British could claim sovereignty. This back-fired dramatically for the British, however, because they did not fully understand the significance of the Golden Stool, and that the Ashanti believed it contained the very soul of their people. Thus, this eventually lead to the great “War of the Golden Stool”. Today Osei is a popular name in Africa. 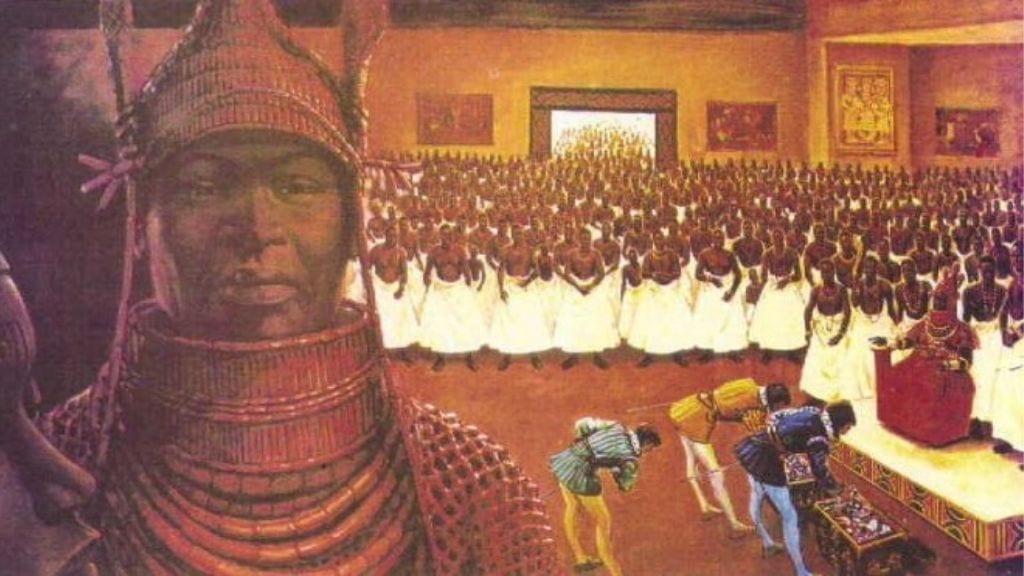 Oba Oduduwa is considered the founder of Yourbaland and the Yourba Dynasty, who are today one of the biggest ethnic groups in Africa. To the Yoruba, he is a folk-hero and considered a God within their culture. His origins and place of birth remain shrouded in mystery, and no one is quite sure when exactly he founded Yourbaland and the language. However, he lead his clan to the lower regions of Nigeria and defeated several existing settlements to establish Yorubaland. In the legends still told today by the Yoruba people, he had 16 sons and daughters, and before he died he sent each one to various centres of his conquered territories to rule them with total autonomy. They were said to have founded the Kingdoms of Ila Orangun, Owu, Ketu, Sabe, Popo and Oyo. Oranmiyan then established the Yoruba dynastic family line from that point onwards. 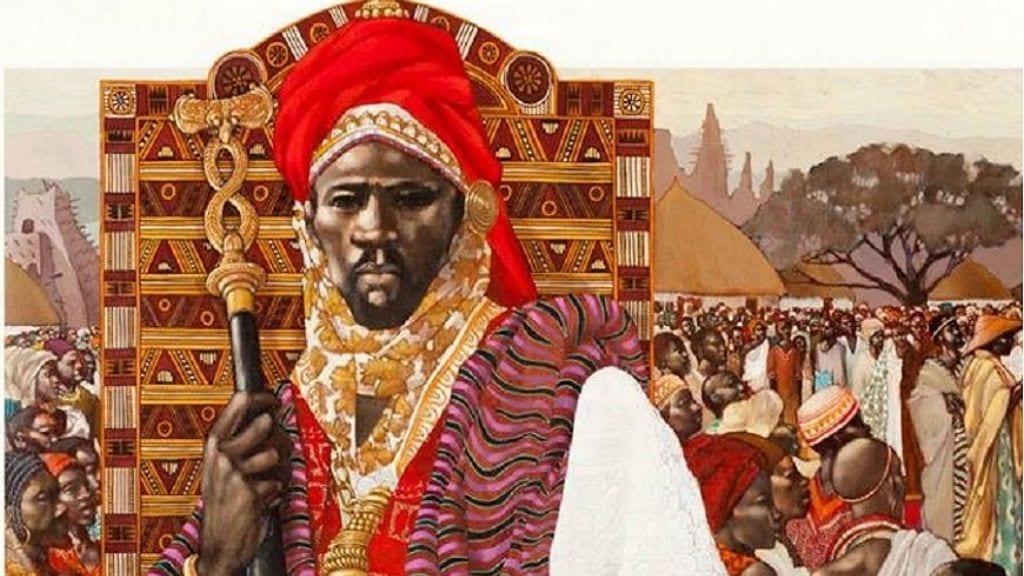 Sonni Ali – who was also known as Sonni Ali Ber (meaning “Ali the Great” in Arabic) – was the leader of the largest Muslim West African Empire of all time, called the Songhai Empire, between the 15th and 16th century. Sonni was considered a tactical genius in all military affairs, and is known for leading the largest imperialist conquest in West Africa. Well ahead of his time, he used amphibious warfare (possibly the first ever in the world to use this type of warfare) and his forces would attack and patrol down the Niger River. The Songhai Empire surpassed even the Great Mali Empire under Sonni’s rule, with it absorbing the Mali territories, including the great city of Timbuktu. He was thus responsible for Islam spreading throughout both his cities and rural areas during his reign. 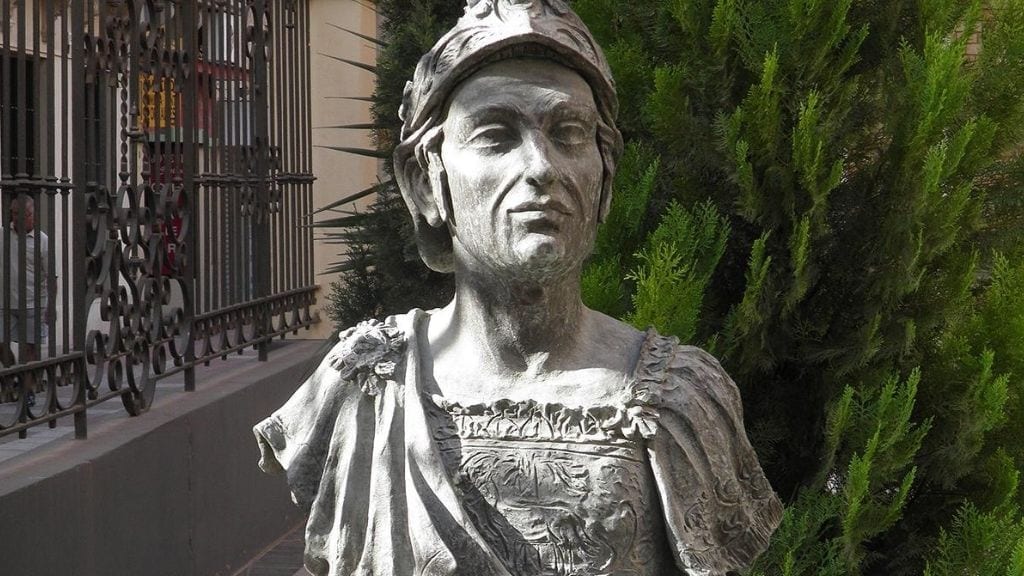 No, not the cannibal from the film “Silence of the Lambs”! Hannibal Barca was an infamous military leader from Carthaginian, who came very close to sacking Rome, the heart of soul of the mighty Roman Empire at the time of his reign (247BC – 183BC). Hannibal was known for leading an army on the backs of great elephants. He is still to this day considered one of the greatest military commanders of all time, and his tactics are studied still even to this day at military academies across the world. Although he was eventually defeated by the Roman Empire, he returned to Carthage a hero, and was thus elected as the highest appointed official in Carthage at that time, with the title “Office of Suffete”. Although Hannibal has frequently been portrayed as a white man in films, video games and TV Shows, he was in fact a black man, proven by the fact excavated coins with his figure upon them bare the likeness of a black man. Today the name Hannibal is still quite popular in both Africa and outside it. Colonel Gaddafi named his son Hannibal Muammar Gaddafi, and Hannibal Valdimarsson was a famous Icelandic politician who died in 1991. The name Hannibal means “Mercy of Baal” (Baal meaning “Lord”), in Phoenician.